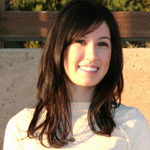 "You have your luggage packed up. It's sitting and waiting. Now get in the car and go!" Valerie Dao, '08 alumnus, remembers the words of encouragement from professor Mark Petracca as the tipping point in her educational career.

As an undergraduate political science major, Dao was a familiar face on campus due to her active involvement in a number of academic and extracurricular activities. When she was a sophomore, she was one of only a handful of students to be selected as a Chancellor's Club scholar, an honor which covered her tuition for each of the three years she received the award. She was an active participant in the Undergraduate Research Opportunities Program where, for two years in a row, she presented her research on civic education in California at the program's annual symposium. She was also one of the key student leaders in the School of Social Sciences' Global Connect program where she helped teach local Orange County high school students about international issues. Last year, as an alumnus, she served as the program's interim director.

Still, when it came time to leave UCI, "I didn't have a clue what I wanted to do."

Applying for a Fulbright scholarship to travel out of the country and continue her studies seemed "out of the question" for the Orange County native who chose to come to UCI so she could stay close to home and follow in her older sister's footsteps. Aside from a three month internship in Washington, D.C., she's never lived away from home.

In August, however, that will all change. As one of only three undergraduate UCI students to be awarded Fulbright scholarships this year, Dao is going to be living for 10 months in Vietnam. While there, she will pursue research on educational policy, a topic she became passionate about through Global Connect where she saw first-hand how changes to standardized high school curriculum can positively impact students.

"Vietnam has been reforming its system of higher education since 1986. I want to learn more about what they're doing in public and private institutions and how that affects labor readiness and job placement rates," she says. She also hopes to learn how higher education is changing the political culture and economy in a country where open thought and discussion haven't always been the norm.

The experience will provide excellent data for her graduate research which she plans to pursue at the University of Chicago when she gets back. It will be an exciting, enlightening challenge for the out-going alumnus who is spending the next month packing her bags and brushing up on common Vietnamese phrases.

She's thankful, she says for the mentoring and continued encouragement she received along the way from UCI professors Petracca and Caesar Sereseres as well as Global Connect director Ellen Schlosser.

"I had been on the fence about what I wanted to do with my life, and they pushed me to go out and find something I'm passionate about," she says. "I am extremely excited - and nervous," she concedes, "but I'm getting in the car and driving!"