What Will the Trade War Mean for Class Politics?

What Will the Trade War Mean for Class Politics? 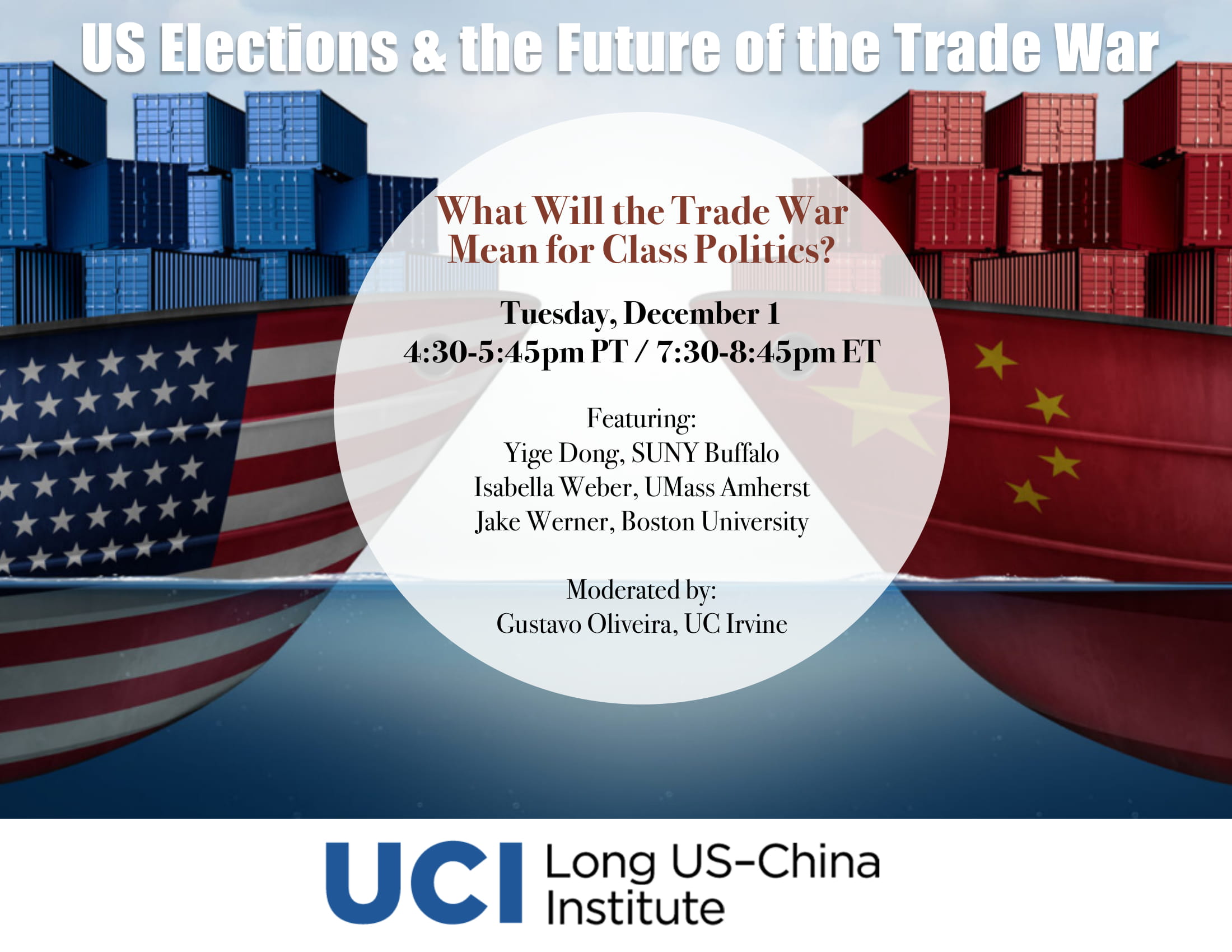 featuring:
Yige Dong, SUNY Buffalo | Isabella Weber, UMass Amherst |  Jake Werner, Boston University
Moderated by: Gustavo Oliveira, UC Irvine
While much of the focus on the US-China trade war has been on corporate and national interests, less attention has been paid to the workers caught at the center of the conflict. How might a Biden presidency affect the future of Chinese and American workers and farmers, and what will American foreign policy decisions mean for labor standards, human rights, and transnational class solidarity? Join the Long US-China Institute for the second in a two-part webinar series on the "US Elections and the Future of the Trade War."
About the speakers:
Yige Dong is an assistant professor of sociology at the University at Buffalo, SUNY. Her current book project, From Mill Town to iPhone City: Gender, Labor, and the Politics of Care in China, examines industrial workers over a seven-decade period as China transitioned from a socialist state to a capitalist economy. Prof. Dong received her PhD from Johns Hopkins University in 2019.
Isabella Weber is an assistant professor of economics at the University of Massachusetts, Amherst and the research leader for China for the Asian Political Economy Program at the Political Economy Research Institute (PERI). Her first book, How China Escaped Shock Therapy: The Market Reform Debate, is forthcoming from Routledge Press.
Jake Werner is a postdoctoral Global China Research Fellow at the Boston University Global Development Policy Center. He received his PhD from the University of Chicago and previously taught at the University of Chicago Society of Fellows. His research explores US-China conflicts following the 2008 financial crisis and new strategies for global development.