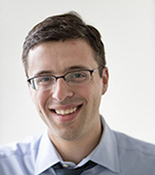 Ezra Klein is the editor-at-large and founder of Vox, the award-winning explanatory news organization. Launched in 2014, Vox reaches over 100 million people across its platforms each month. Klein is also the host of The Ezra Klein Show podcast, co-host of the Weeds podcast, and an executive producer on Vox’s Netflix show, Explained. He's currently writing a book about identity, partisanship, and political conflict.

About the Peltason Lecture:
The Peltason Lecture series honors the contributions of Jack and Suzanne Peltason to higher education in America and the study of the democratic process. This named lectureship brings leading politicians and experts on democracy for a temporary residence at the center.