My 2.5 Years Behind Barbed Wire in the United States During World War II

My 2.5 Years Behind Barbed Wire in the United States During World War II 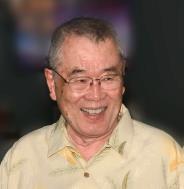 Mr. Yukio Shimomura was born in San Francisco. He was in grade school when World War II started, and he and his family were among 110,000 Japanese-Americans who were incarcerated and relocated to internment camps in the U.S. For two and a half years, he and his family were moved around camps from California to Utah where they were finally relocated. He graduated high school there and went on to serve in the U.S. Army. He attended Weber State University and Utah State University where he earned a bachelor's in manufacturing engineering. He  worked as an engineer with HP in Silicon Valley before transitioning in human resources. He held several HR positions in electronic companies in the U.S. and Japan, and he continues to work as a management and team building consultant. His talk will cover what happened to him and his family before, during and after the war.