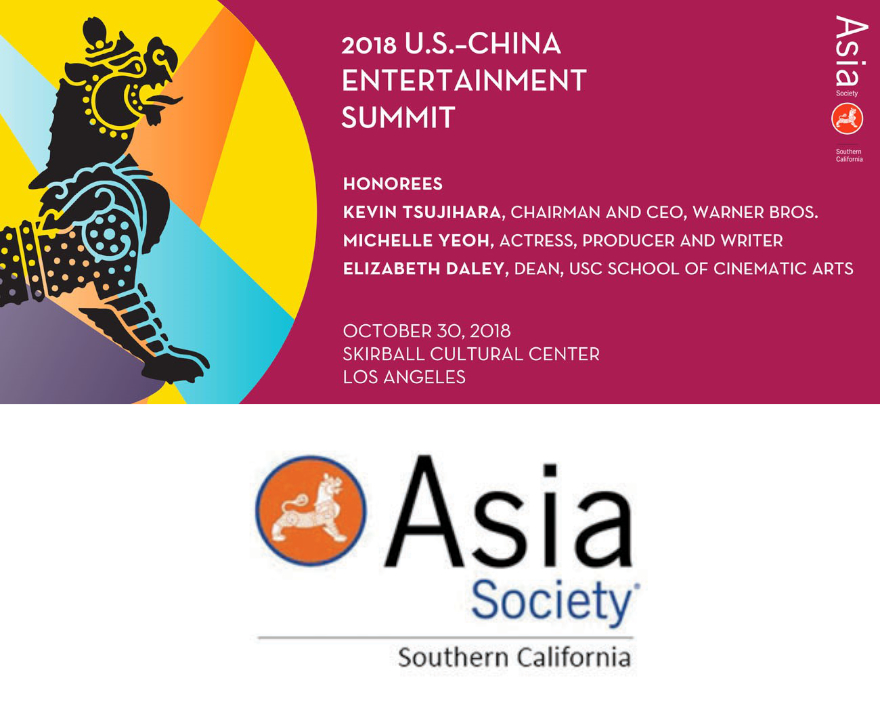 The Long Institute is pleased to support Asia Society Southern California in its U.S.-China Entertainment Summit and Gala on Tuesday, October 30, 2018. This signature annual event — formerly the U.S.-China Film Summit — will be held at the Skirball Cultural Center from 8:00 a.m. to 5:00 p.m. PST. The Gala Dinner will follow at 6:00 p.m.

The U.S.-China Entertainment Summit is the most prestigious U.S. gathering of Hollywood and Chinese entertainment industry leaders. Founded in 2010, it has led the conversation about co-production, cross-border investment and the integration of Chinese and American talent. The trans-Pacific relationship has deepened and with the digital-led convergence of media, the 2018 Summit will look beyond film and TV to areas such as immersive entertainment and gaming, as well as digital technologies that are transforming media. It is attended by some 500 people, including top executives from studios such as Warner Bros., Fox, Sony, Universal and Lionsgate, and leading U.S. and Chinese entertainment firms, including CAA, IMAX, Alibaba, Bona Film Group, Huayi Brothers, Youku Tudou and Weiying. This year, the Asia Society will celebrate Michelle Yeoh, Kevin Tsujihara and Elizabeth Daley, global leaders who have built bridges between the U.S. and China.

Asia Society is offering a special discount for friends of the Long Institute interested in attending the Summit and/or the Gala Dinner. Use the code 2018LUCI when you purchase your ticket.