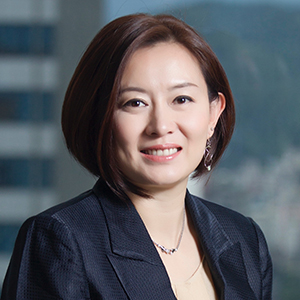 About the speaker:
Syaru Shirley Lin teaches political economy at the University of Virginia and the Chinese University of Hong Kong. Her book on the impact of the evolution of Taiwanese national identity on cross-Strait economic policy was published by Stanford University Press in 2016. She is currently working on the high income trap in East Asia. Her commentary frequently appears in English and Chinese media. Lin retired from Goldman Sachs as a partner in the Principal Investment Area, spearheading investments in technology start-ups in twelve countries in Asia. Previously, she specialized in the privatization of state-owned enterprises in China and Singapore. Lin has served on the boards of numerous companies, now including Goldman Sachs Asia Bank, Langham Hospitality Investments and Mercuries Life Insurance. She was appointed by the Hong Kong government to the Committee for Pacific Economic Cooperation and advises the Focused Ultrasound Foundation and Crestview Partners. Lin graduated cum laude from Harvard College and earned a Ph.D. from the University of Hong Kong.

About the talk:
After decades of impressive growth, economies such as South Korea, Taiwan, Singapore, Hong Kong and Japan reached high income status nearly three decades ago. While they were able to avoid the middle-income trap by relying on more highly-valued exports, they have begun to exhibit symptoms of a high-income trap characterized by slower growth, wage stagnation, increasing inequality, an aging population, unsustainable entitlements, inflated housing costs and over-regulated markets. Their manufacturing industries can no longer compete with newly emerging economies with lower labor costs, especially China.  Yet they find it difficult to promote innovation in manufacturing or upgrade to higher value-added services to remain competitive and provide benefits to a wider spectrum of society. As a result, social tension is on the rise, fueled by the perception that newly emerging economies and free trade are to be blamed for job loss, slower growth and social problems. These economic problems have strengthened national identities and promoted support for protectionism, which threatens to slow down globalization and growth. All this parallels developments in Europe and the United States where economic integration appears to threaten the identities of specific groups of people, especially those who see themselves as the victims of globalization. Are the challenges facing high-income countries in Asia different than those in other parts of the world? Is there a generational gap in terms of attitudes toward trade and globalization? What are the possible solutions to the trap?

About the Kiang Lecture Series
The Wan-Lin Kiang Endowed Lecture Series was established in 2003 by Mrs. Assumpta Kiang in memory of her husband, Wan-Lin Kiang, a noted international scholar, political advisor and businessman. The series annually brings to campus a noted scholar on relevant topics related to China.

About the Center for Asian Studies
The center is comprised of more than 40 interdisciplinary UCI faculty members who study China, Japan, Korea, South Asia, and Southeast Asia and enhance the study of the many countries and cultures of Asia. The center provides a forum for discussions across geographic and disciplinary boundaries both on campus and within the community.