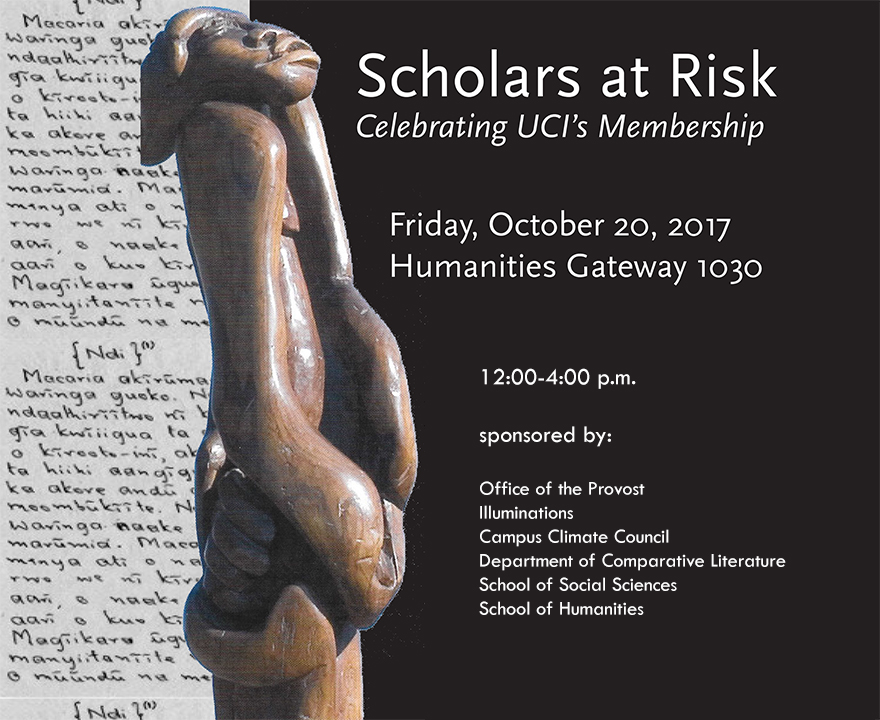 This event celebrates UCI’s joining of the Scholars at Risk (SAR) network (https://www.scholarsatrisk.org/).

Around the world,  scholars are being arrested, prosecuted and imprisoned because of their political or religious beliefs or the nature of their research. A failed coup attempt in Turkey in 2016 has led to an unprecedented crackdown on academic freedom in that country, resulting in thousands of professors losing their jobs and being arrested or threatened.

UCI has now joined Scholars at Risk (SAR), an organization comprising more than 400 universities and institutions around the world that provide assistance, advocacy and learning opportunities to scholars and students in volatile environments. As a member of SAR, UCI will host professors, researchers and students; coordinate speaker series;; and collaborate with our peers.

The celebration is dedicated to Turkish and Syrian colleagues and their students. The event will feature a themed luncheon of Syrian and Turkish food, prepared by chef Jessica VanRoo and sponsored by the “Conversation Kitchen” series (Campus Climate and Illuminations).  (Pre-registration for Conversation Kitchen required).

Dedicated to our Syrian and Turkish colleagues and their students around the world.