Entwined Destinies: America and China and the History of the Present

Entwined Destinies: America and China and the History of the Present 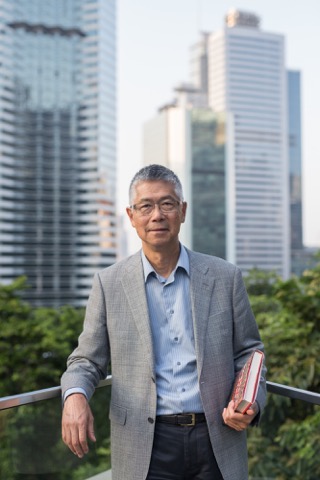 Professor Gordon Chang will speak about his book, Fateful Ties: A History of America's Preoccupation with China (Harvard University Press: 2015) that studies the long history of America-China relations. He covers this history from Jamestown to today and gives historical context for the current American fixation with China. He argues that this fascination continues centuries of American interest in China, an interest that is peculiar to the United States. This study builds on his earlier work on Sino-American relations and Asian American history. Professor Chang’s books include Friends and Enemies: The United States, China, and the Soviet Union, 1948-1972; Morning Glory, Evening Shadow: Yamato Ichihashi and His Internment Writing, 1942-1945; Asian Americans and Politics: Perspectives, Experiences; Chinese American Voices From the Gold Rush to the Present (University of California Press, 2006); and Asian American Art: A History, 1850-1970 (SUP, 2008).

Gordon Chang is the Olive H. Palmer Professor in Humanities and Director of the Center for East Asian Studies at Stanford University. He is interested in the historical connections between race and ethnicity in America and foreign relations. His particular area of focus is trans-Pacific relations, namely the inter-connections between East Asia and America. His current research project concerns the recovery and interpretation of the experiences of Chinese railroad workers in North America.

Co-sponsors include: Department of History, Center for Asian Studies, and Access Asia