Building Peace, One Piece at a Time

building peace one piece at a time 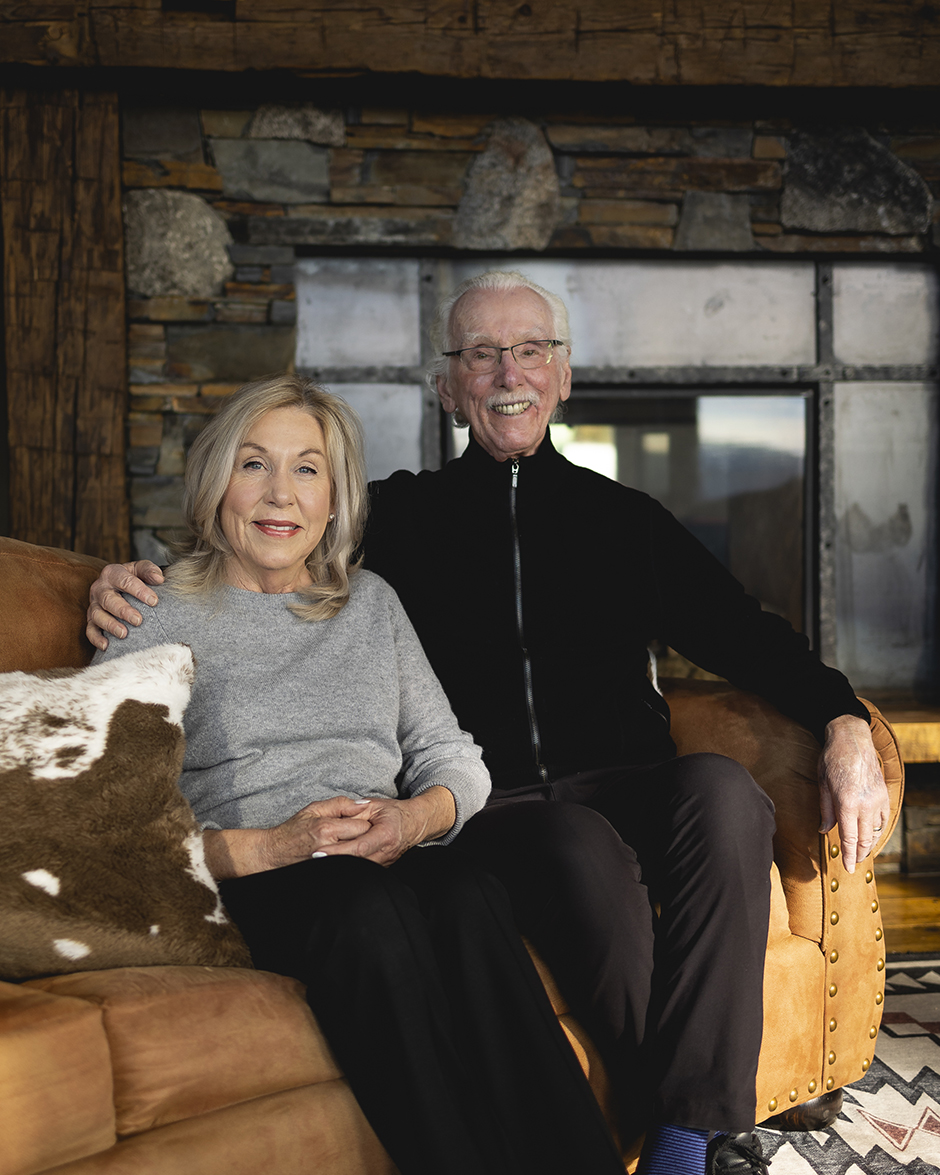 Dulcie and Larry Kugelman have a passion for peace that’s propelled their partnership with the Center for Citizen Peacebuilding since 2001. The couple is intimately involved in the School of Social Sciences; Dulcie is on the steering committee for the Women of the Dean’s Leadership Society and Larry now serves as the chair of the Board of Councilors.

For 12 years, Bruce Hemmer, Ph.D. ’09, has worked behind the scenes to prevent conflict and maintain stability in dozens of countries around the globe, traveling from Uzbekistan to Singapore and Zimbabwe to Belize, helping U.S. embassies analyze conflict dynamics, develop peacebuilding strategies, diplomacy and programs, and monitor and evaluate their effects.

As a senior conflict prevention officer in the State Department’s Bureau of Conflict and Stabilization Operations, Hemmer relies on skills he honed as a UCI graduate student in political science, researching conflict in Bosnia and Northern Ireland, with the support of two Kugelman Fellowships from UCI’s Center for Citizen Peacebuilding.

“My graduate research included field work in two countries, organizing over 80 interviews with local peacebuilding organizations and experts on sensitive topics, conducting a survey of experts, measuring various contextual variables, and finding ways to analyze it all quantitatively and qualitatively,” says Hemmer. “That level of data complexity was very germane to what I’ve done at the State Department, including training U.S. officers and local partners in other countries to conduct conflict analysis and monitoring and evaluation of peacebuilding efforts.”

Hemmer is among the more than 125 UCI graduate students from social sciences, social ecology, and humanities who have won Kugelman Fellowships since the program began in 2006, thanks to funding from Dulcie and Larry Kugelman. In the time since, the couple has gotten intimately involved in the School of Social Sciences; Dulcie is on the steering committee for the Women of the Dean’s Leadership Society and Larry now serves as the chair of the Board of Councilors. Their fellowships have enabled students to study conflict and peacebuilding efforts all around the globe – Indonesia, Ireland, Israel, Rwanda, Somalia, Yemen. Fellows have gone on to positions as tenure-track faculty at the University of Notre Dame, University of South Florida, University of Wyoming, and Kent State, while others, like Hemmer, were drawn to continue working directly in the field.

“The experience of going out into the field and collecting your own data and analyzing it is different than using existing data sets, and sets you up for doing that again in real life,” says Hemmer, whose dissertation compared how the political engagement peacebuilding organizations in Northern Ireland and Bosnia were affected by their varying levels of experience with democracy. “What was attractive about working for the State Department was the ability to apply what I’ve learned to problems in the real world, and affect how millions of dollars are spent every year.”

Hemmer is currently one of the lead experts guiding how U.S. agencies including the State Department, USAID and Department of Defense are implementing the Global Fragility Act, which requires 10-year conflict prevention plans in selected countries, developed in close partnership with local government, civil society, and the private sector. Congress has already provided $100 million for the first year of implementation, and more is expected in subsequent years.

Embodying conflict
Dulcie and Larry Kugelman see themselves as embodying the historic Northern Irish conflict, despite being happily married for nearly 50 years.

Dulcie was born in Britain and raised in a Protestant family, while Larry’s mother was a staunch Irish Catholic, and this dichotomy contributes to their significant interest in peacebuilding, particularly in Northern Ireland.

Larry joined the Peace Corps when he finished college in 1966, and spent the next two years in Iran answering President John F. Kennedy’s famous call to “ask not what your country can do for you – ask what you can do for your country.” When he returned to the U.S., he worked in the healthcare industry, a space he felt had considerable room for improvement, and subsequently served in numerous roles including as president and CEO of Cigna Healthcare of California and as CEO and director of Health Plan of America.

Because of Larry’s career, the family relocated often, and Dulcie took college courses here and there while raising their two children. She became especially interested in peace movements in the 1980s, when concern over nuclear weapons buildup was soaring. Eventually, when the family settled in Orange County, she earned her bachelor’s degree in peace studies from Chapman University in 1996, just as her son graduated from high school.

Just months after opposing factions in Northern Ireland signed the Good Friday Agreement in 1998, ending decades of violence, Dulcie and recently retired Larry packed their bags and headed to the center of the conflict to pursue a master’s in peace and conflict studies at the University of Ulster.

“You could read everything about Northern Ireland, but that doesn’t prepare you at all for actually being there and what it might be like to live in a conflict zone and make a difference there,” says Dulcie.

“Because what is peace? You can think about it as being something quiet and calm, but in fact building peace and trying to get to peace is a very active, hard work process.”

While living near the university in Londonderry/Derry, on the side of the river that was home to the Catholic community, the Kugelmans quickly experienced the challenges of living in a community shaped by decades of conflict.

Dulcie remembers attending the wake of a staunch IRA family member with some concern that her British background might be revealed.

“Living there we got to understand that the past is never forgotten, and the pain of deep trauma and grievance resonates through the generations to the present day,” Dulcie says. “Reconciliation in the face of these memories is both desperately needed and so difficult to reach. It is a tribute to the hard and courageous work of citizen peace builders there that the peace is holding.”

For years, the couple made biannual pilgrimages to Northern Ireland to support the work of classmates and NGOs, including the grassroots citizen peacebuilding program Seeds of Hope, founded by the sister of a former IRA leader.

“We were never looking to solve people’s problems, because that’s not our place,” Dulcie says. “But we tried to be supportive of their efforts, in any way we could.”

Peacebuilding at home
That support continued back home, as well. Through their relationship with the local nonprofit Share Our Selves, the Kugelmans were introduced to UCI’s Center for Citizen Peacebuilding in 2001, and immediately became integral to the center.

In 2007, largely through their work with the Carter Center, they helped bring former President Jimmy Carter to speak at UCI. Around that same time, they began supporting graduate student fellowships.

“The Kugelman Fellowship program is one of the most significant, ongoing accomplishments of the Center for Citizen Peacebuilding,” says David Snow, Distinguished Professor emeritus of sociology and director of the Center for Citizen Peacebuilding. “Consistent with the center's mission, it provides funding for UCI graduate students, principally in the social sciences, to pursue research on conflict and conflict resolution and peace initiatives worldwide.”

We’re interested in encouraging students to take a look at peace, how all of these parts fit together for a more peaceful world, and to do more research in areas related to peace. We want to support them and help them grow.

The 12 Kugelman Fellows funded in 2021-22 span a wide range of interests: one is conducting field research in Northern Ireland on the legislative election, another is exploring post-genocide peacebuilding in Rwanda, and a third is examining the international complexity of providing protection for Rohingya refugees.

“According to these and the many other of the Kugelman Fellows with whom I've spoken, their research projects, which typically result in a dissertation, would not have been possible without the Kugelmans’ support,” says Snow. “Not surprisingly, the Kugelman’s longtime interest in peace building and generosity in supporting kindred graduate student research finds parallel expression in their gracious and compassionate community outreach beyond the campus.”

The fellowships can be used for travel, equipment, field interviews, living expenses, and in some cases, serve as seed money for trying to get an even larger grant. Fellows are eligible to reapply for funding in multiple years.

“We came into contact with grad students and realized most needed to raise money to do their research, yet they had fewer avenues for raising money than professors,” says Larry. “We started to see what they could do with a small amount of money, and it was incredible.”

The Kugelmans are equally generous with their human resources, as well, connecting students like Hemmer – who was among the first cohorts of Kugelman Fellows – with their contacts in Northern Ireland, when useful for research.

As the fellows graduate and go on to their own careers, the Kugelmans have enjoyed staying in touch.

“We’re really very proud of the students,” says Larry. “We feel a personal bond and attachment to them, and it gives us a lot of pleasure to see them doing well, seeing them changed by their experiences.”

“We realize we are making an investment in people,” says Dulcie. “We’re interested in encouraging students to take a look at peace, how all of these parts fit together for a more peaceful world, and to do more research in areas related to peace. We want to support them and help them grow.”