Get Out of Your Comfort Zone

get out of your COMFORT ZONE 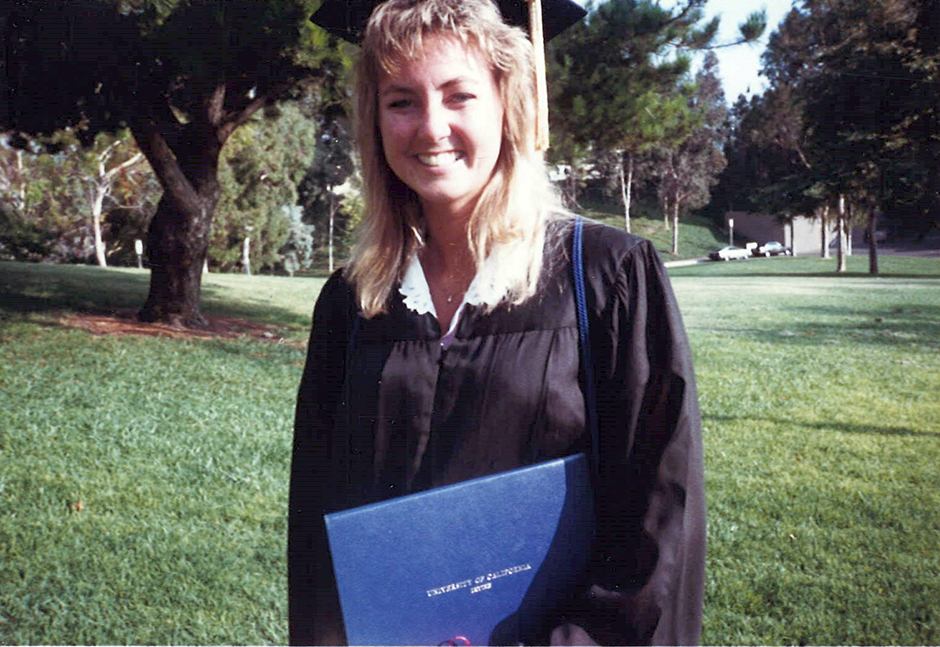 Pam Kessler at her UCI graduation, 1988.

Pam Kessler ’88 only expected to stay at UCI for one year, and then transfer. After graduating from high school in San Diego, she was diverted from her preferred UC campus to the system’s newest location in Southern California.

Three decades later, Kessler is the co-president and chief financial officer of a $2 billion publicly traded company and serves on the UCI School of Social Sciences’ Dean’s Leadership Society Executive Committee where she gives back to the university that – unexpectedly – became her alma mater and helped transform her into a leader.

Fun at the Backlot
Part of what kept Kessler at UCI was the social life she built for herself in her first months on campus. Greek life was booming at the time, and Kessler’s roommate brought her along to learn more about a new sorority being established on campus, with members from USC and UCLA recruiting founding members for the Irvine chapter. Kessler ended up becoming a founding member of UCI’s chapter of Kappa Alpha Theta, which she says was her first taste of leadership.

“I had to campaign and engage in public speaking, which was way out of my comfort zone,” Kessler remembers.

But she pushed herself to run for elected student government office anyway, and she recalls her campaign slogan, which defines the spirit of the campus in the ’80s: “Fun and free beer in the Backlot.” The Backlot, a restaurant with a patio beer garden where students would gather after class, was the focal point of campus social life.

In addition to Wayzgoose, Oktoberfest and the first annual Reggaefest, other highlights of Kessler’s tenure as vice president of student services include promoting concerts at the newly built Bren Events Center, which hosted performances including R.E.M., Red Hot Chili Peppers and comedian Jay Leno. Kessler also actively lobbied along with fellow student government vice presidents to establish an Anteater football team, though that never came to fruition. 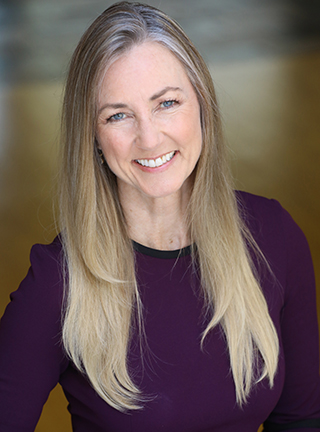 Unexpected opportunity
UCI wasn’t just about social life for Kessler. She found her academic passion in economics courses and also interned with a brokerage firm and later a real estate company where she fell in love with the real estate industry. As her graduation approached, Kessler booked a full schedule of on-campus interviews with potential employers.

But that didn't go as planned, either. While nursing a bruised ego from a bank’s personality test that she “failed,” she got a call from the Ernst & Young recruiter: Kessler’s interview had been booked in error, and they were only hiring graduate students. But they would let her do a practice interview.

Kessler seriously considered blowing it off to go hang out with friends at the Backlot. “But a little voice inside said, ‘go and get out of your comfort zone,’” she says.

The practice interview went so well that E&Y told her that if she completed all the accounting classes required to take the CPA exam, then she could have a job the following year. “Once again, opportunities don’t always present themselves as you envision. You’ve got to get out of your comfort zone,” she says. “If I had not agreed to that interview, I don’t know where my career would be.”

A home in real estate
Kessler spent nearly four years at E&Y before leaving to work for a client, KB Home, where she met her husband, Steve. Although she enjoyed the fast-paced exciting environment of homebuilding, Kessler left KB Home when the opportunity arose to join the Irvine Company’s newly formed publicly traded real estate investment trust (REIT), Irvine Apartment Communities, where she served as operations controller and director of financial reporting. A REIT, similar to a mutual fund, allows investors to pool their money to own various types of real estate or property, and earn dividends.

Her professional expertise has made her a sought-after corporate board member, as well. She serves on the boards of Physicians Realty Trust, another publicly traded health care REIT, and Providence Cedars-Sinai Tarzana Medical Center Foundation.

I think it’s important to remember the doors that were opened for us throughout our career, and to pay it forward. Turn around and open doors for others.

Anteater advice
“The advice I would pass along is that the times I’ve learned the most and expanded the most were when I was making myself uncomfortable, pushing myself beyond what I thought I could achieve,” Kessler says. Beginning, of course, as a shy college student and growing into a UCI student leader.

Kessler urges current students to make the most of their time on campus by getting involved. “Use this time in your life on campus because it will never be replicated,” Kessler says. “Don’t be afraid to step out of your comfort zone. Get involved and try new things! If you’re feeling comfortable, you’re not doing it right.”

Years after moving out of Orange County, Kessler is thrilled to be reconnected with her alma mater, especially as a member of the School of Social Sciences’ Dean’s Leadership Society. What’s more, the rise in virtual Zoom events — from coffee chats with the dean to UCI Homecoming — have made it even easier for her to participate from home in Ventura County.