Life in the Fast Lane

life in the FAST LANE 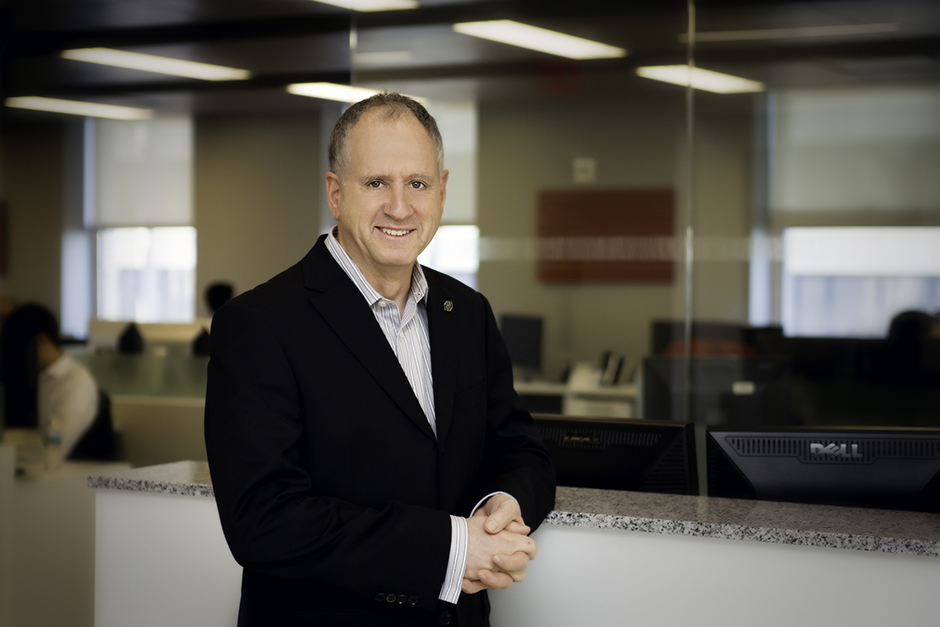 As a founding member of the Dean’s Leadership Society, Ken Marlin has helped cement the presence of the UCI School of Social Sciences in New York City.

Ken Marlin ’79 drives in the fast lane, but he doesn’t always take a well-traveled highway. He leads a highly respected tech investment bank in New York City, without ever having worked as an analyst at a brand-name global bank. He races cars and rides motorcycles while finding quiet time to write and publish a book. His trailblazing tendencies include being a founding member of the School of Social Sciences Deans Leadership Society.

Marlin came of age in Arizona at the height of the Vietnam War and, much to his parents’ chagrin, he voluntarily joined the Marines after finishing just one year of college. Over the course of the following decade, Marlin would rise from enlisted ranks to become an infantry company commander, battalion staff officer, and a staff officer for the commanding general of the 1st Marine Division.

Marlin’s affiliation with UCI started while he was stationed at Southern California’s Marine Corps base Camp Pendleton between deployments to Asia. At that time, the Irvine campus was just a few buildings encircling a tree-filled park. Marlin would zip to classes on his motorcycle.

“It was an interesting time at UCI because the school itself was evolving. The School of Social Sciences was an eclectic mix of interesting people,” he says. “It was a great community for me.”

When he finished his bachelor’s degree in political science, Marlin went to UCLA for his MBA; UCI didn’t offer the degree at that time. He then returned to the Marines for three years before heading for the Manhattan skyline.

It’s incredible how much UCI has grown and changed, but my hope is that it’s still that kind of individualistic, influential place for young people today that it was for me.

Life on Wall Street
Marlin’s first civilian job came as a member of the strategic planning and merger and acquisition group at Dun & Bradstreet at a time when the firm operated as a holding company for some of the world’s best-known information companies – names like AC Nielsen, Cognizant, the Gartner Group and, of course, the eponymous Dun & Bradstreet.

At first, Marlin did not see how the skills he learned in the Marines, like loading weapons and planning attacks, would serve him in business. But he soon found that many guiding principles of the Marines could steer him to success – and protect him from pitfalls.

In the mid-1980s, Marlin was tasked with divesting three Dun & Bradstreet owned companies from South Africa as a result of the country’s official policy of systematic segregation and discrimination on the basis of race called apartheid. One of Marlin’s colleagues noticed something unusual about his approach. Marlin planned backwards – starting from the date the divestment needed to be completed and working back to establish milestones and deadlines. It was a principle he learned in the Marine Corps. The colleague suggested he write a book about applying Marine Corps principles to business. He liked the idea – and it remained on his mind for years.

Marlin left Dun & Bradstreet to become CEO of Telekurs NA, a business-to-business financial technology company owned by a consortium of Swiss banks. Three years later, Marlin acquired a significant portion of the firm – with the help of investors. He renamed it Telesphere. Clients included financial giants Goldman Sachs, Fidelity and Charles Schwab. Several years later Marlin and his partners sold the firm to a large competitor. The deal tripled his investors’ money, and firmly established Marlin as a player in the fintech space.

“Marines have confidence to act independently and take prudent risks,” says Marlin. “As an entrepreneur, you have to be a bit of a risk taker, too, especially in situations where you can manage the risks and limit the downside.”

After Telesphere, Marlin spent a few years at a merchant bank and private equity firm where he learned skills for which he later found a very good use. In 2002, Marlin once again took a calculated risk when he started Marlin and Associates Securities LLC, an international investment bank that advises buyers and sellers of firms that provide fintech, data and analytics.

Finally, he found time to write that book. Marlin’s The Marine Corps Way to Win on Wall Street: 11 Key Principles from Battlefield to Boardroom (St. Martin’s Press, 2016) enumerates techniques that he learned on the battlefield and has since helped him become one of the country’s most respected leaders in technology investment banking. The book’s 11 key insights apply to all aspects of business, not only to Wall Street, and he sprinkles in stories from military action and business cases to illustrate his points. The book spans topics from character, such as “take a stand,” to strategic planning like “control the timing.” It received glowing reviews and set him off on a whirlwind book tour that included being featured in Forbes and on Fox Business and speaking engagements at UCI and UCLA.

“Ken Marlin, a rare Marine-turned-investment-banker, shows how financial professionals can learn from the values of the highly regarded Marines to earn back the respect Wall Street needs from Main Street,” wrote L. Gordon Crovitz, former publisher of the Wall Street Journal.

Keeping pace
Plenty has changed in Marlin’s life – and at UCI – in the decades since he was a student. One thing that hasn’t: his love for speed. Marlin still has a motorcycle – but he spends more time racing historic sports cars, including a Ferrari “Challenge” car that he’s driven to season championships three times with Challenge Club Racing and a 1954 Jaguar that he's taken across Italy for the 1,000-mile “Mille Miglia” race, not once but twice – and would have again in 2020, but for the pandemic.

Marlin is now firmly rooted with both family and business on the East Coast, but he remains invested in his alma mater.

“The first time I met Ken was in his office in midtown Manhattan,” says Bill Maurer, UCI social sciences dean. “Here I was, a brand new dean, meeting one of our most highly accomplished alums. His brusque, no-nonsense style was intimidating – but then he asked one of his employees to bring in some popcorn, and the spell was broken. I have since come to love his dry sense of humor. His life story is so inspiring, and I am personally grateful for all of his support of social sciences.”

As a founding member of the Dean’s Leadership Society, Marlin has helped cement social science’s presence in New York City, hosting a small gathering of alumni at his home in Manhattan, while also returning for visits to his old stomping grounds in Irvine.

“UCI was very welcoming, very accommodating to me when I was a student,” says Marlin. “It’s incredible how much it’s grown and changed, but my hope is that it’s still that kind of individualistic, influential place for young people today that it was for me.”