leading change, no matter the DISTANCE 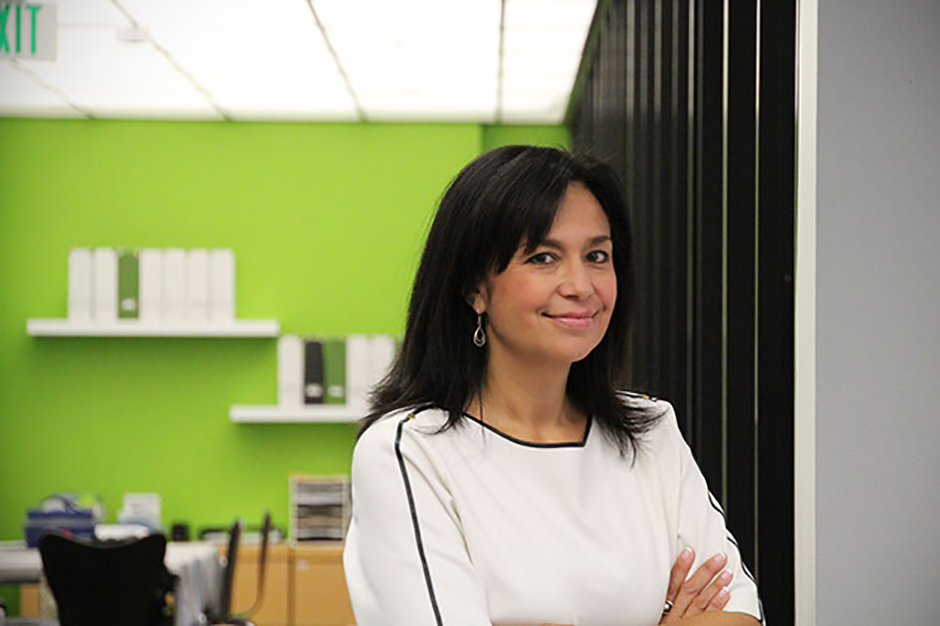 What about the distance? Claudia Bonilla Keller instantly heard high-school students’ nervousness when they asked her this question. They knew she had grown up in the South Bay before heading off to UC Irvine for her undergraduate studies. She could understand their trepidation about leaving home.

She also knew how swiftly a single road trip could alleviate their concerns.

Working as chief program officer for LA Promise Fund from 2012 to 2019, Keller oversaw college-access services as part of a broad spectrum of programming for students in Los Angeles. Planning UCI tours for LA Promise Fund’s students and parents became something of a specialty of hers.

“I’ve brought busloads of students and parents from L.A. to UCI to show them the fantastic opportunities that are just a 45-minute drive down the freeway,” said Keller, a 1987 graduate of UCI’s School of Social Sciences. “Bringing first-generation students to tour the campus has meant a great deal to me. I’ve seen firsthand how UCI has lived up to its promise of serving all students, and really being an economic engine for immigrants and for all people.”

Keller is a force for change in her own right. In honor of her exemplary career and momentous contributions to UCI, she was named the 2020 Lauds & Laurels Distinguished Alumni Award recipient in the School of Social Sciences.

Talking with Keller, it’s clear that she doesn’t view problems for their seeming impossibilities. She looks for opportunities to drive change through smart ideas and decisive action. In 2005, this resolve led her to begin working as a social justice advocate.

She pivoted away from a thriving career of 18-plus years in retail and fashion, an industry where she worked in marketing and public relations for powerhouse brands such as Calvin Klein, Vans, and the Irvine-based St. John Knits.

With her vast business experience, she was the natural choice to lead the American Heart Association in Los Angeles as executive director, a role she held for seven years. In September 2012, she joined LA Promise Fund and remained there for more than seven years. Today, she is back in Irvine, serving as the chief mission officer of Second Harvest Food Bank of Orange County, where she began working in February.

In her new role, she is putting her passion and energy into helping to keep the food bank innovative, nimble, and responsive to the needs of those it serves in Orange County. Now more than ever, the mission of Second Harvest is critical to so many affected by the economic impact of the COVID-19 pandemic, she says.

“More than 290,000 food-insecure individuals in Orange County relied on Second Harvest for support before the current crisis through its pantry and partner network. Now, in light of the furloughs and lay-offs occurring in the county’s largest employment sectors, the food bank and its network are responding to an additional and new constituency - the newly vulnerable who have little or no experience accessing emergency food or social benefits,” she says. “This demand has caused the organization to drastically change its sourcing and distribution models in order to rise to the tsunami of need it now confronts.”

And while this challenge might seem daunting to some, driving change is where Keller thrives.

“People ask, ‘How the heck did you go from a political science degree into the fashion industry and then into the nonprofit sector, working for organizations that focus on foundational needs such as health and education?’ And it is an unusual trajectory,” Keller said. “Working to ameliorate situations in our society is what excites me, and I think that was inculcated in me at UCI.”

Amid her thriving career as a nonprofit executive, she made time for graduate studies at Cal State Fullerton. In 2017, she obtained a master’s degree in public administration and urban management, an achievement that she called “a through-line with a 30-year interruption.”

Keller credits her parents for emphasizing education from as early as she can remember.

“Because of my parents, it just never was a question that I would go to college,” she said. “Had it not been for their belief that education is key, I easily could have had a different path.”

They also were resolute about her bilingualism in Spanish and English. Her mom had emigrated from El Salvador to the U.S., and her dad came from Colombia. They met at Los Angeles Community College when they were taking classes to learn English.

“My parents were still mastering the English language when I was born, so I grew up speaking Spanish at home,” Keller said. “They were insistent about that, and I’m grateful to them for ensuring I learned both, especially in spite of the potential for stigmatization of language for immigrants.”

This was just one way her childhood experiences rippled into her work at LA Promise Fund. When she spoke with Spanish-speaking students, she would share with them about her own experiences learning English in school and becoming bilingual. She’d then exhort them, just as her parents had to her: “Don’t lose your Spanish!”

To me, there’s no better feeling than watching the university thrive and knowing you’re part of that. You can give financially. You can give of your time and advice. You can show up.

The manifold programs that Keller led at LA Promise Fund ranged from health services, to STEM initiatives for girls, to parent engagement programs, and more. Bill Maurer, dean of UCI’s School of Social Sciences, admired Keller’s leadership and how LA Promise Fund prepared students for success in college, in their careers, and throughout life.

“I saw that Claudia and I share the belief that education requires advocates, people who seek to nurture well-rounded success at the individual level and scale those initiatives to effect community-wide change,” Maurer said. “Claudia’s career has been proof of her ability to ideate systemic improvements. Just as importantly, she’s someone who can powerfully execute those ideas.”

In 2015, Keller channeled her creativity and dynamism into serving as founding co-chair of the Dean’s Leadership Society (DLS) at the School of Social Sciences.

Maurer also asked her fellow alumna Janice Cimbalo ’87, senior vice president at Jones Lang LaSalle and the 2013 Alumna of the Year in Social Sciences, to serve as founding co-chair of the academic support group.

Together, Keller and Cimbalo focused on finding new ways to spotlight the school’s valuable work. Their DLS work was more than an invitation to get involved. It was a rallying call, and they saw alumni, parents, community members, faculty, and staff respond in a groundswell of support for the school. Serving as co-chairs was a natural partnership for the two friends, who first met as students at UCI’s Student Parent Orientation Program (SPOP). They reconnected through UCI’s Los Angeles Alumni Chapter in 2006, after Keller’s career took her to L.A.

“For the entire time I have known her, Claudia has always reflected a seamless blend of leadership and humility in ensuring that she mentors and serves those coming behind her,” Cimbalo said. “She is the personification of the kind of leader and citizen UCI strives to develop.”

Now that Keller’s career has brought her back to Irvine, she’s excited to be even more connected with UCI and find new ways to support the university’s growth.

“To me, there’s no better feeling than watching the university thrive and knowing you’re part of that,” she said. “You can give financially. You can give of your time and advice. You can show up.”