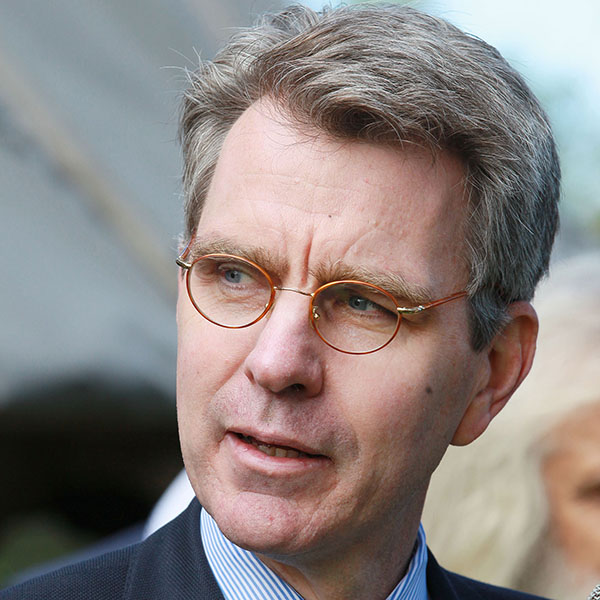 When Geoffrey Pyatt, ’85, arrived in Kiev in August 2013, he quickly found himself at the epicenter of one of the world’s most dangerous conflicts since the Cold War.

Ukraine’s president, Viktor Yanukovych, was ousted seven months into Pyatt’s term amidst a series of violent protests sparked by the failed leader’s refusal to sign an agreement that would have solidified closer ties with the European Union. Pro-Russian insurgents seized the opportunity created by the political and economic fallout of the revolution, and took control of the Crimea region in eastern Ukraine – a situation that remains quite tenuous.

Pyatt’s rise – including posts in India, Honduras, Pakistan, Hong Kong, and Vienna – make him the perfect example of what it’s like to be boundaryless in pursuit of creating positive change.

BE BOUNDARYLESS.
Anticipate the changing needs of our interconnected world and train our next generation of leaders to solve some of society’s greatest challenges.  [stay nimble]

Since our last strategic plan, we launched three new M.A. programs: philosophy, politics and economics (PPE), modeled after Oxford’s successful program that fosters the development of skills that cut across the disciplines; medicine, science and technology studies (MSTS), provides an innovative science and technology program with an added emphasis on medical anthropology; and finally, the master’s in public policy (MPP), offered jointly with the School of Social Ecology, leverages Southern California as a policy laboratory for the world. And a fourth master’s program, M.S. in cognitive neuroscience, has just received approval. 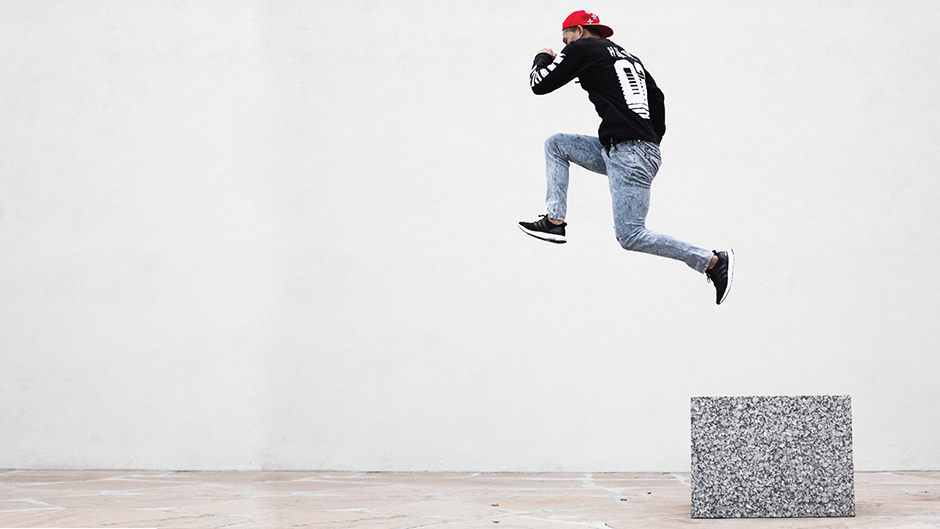 We play a crucial role in training a diverse student body. We do this by creating collaborative interdisciplinary programs with other units on campus, and providing transferable skills that include writing, research, and competency in statistical analysis of social data. We provide the equivalent of a liberal arts education with a considerable degree of quantitative analytical training transferrable across fields. We successfully recruit and train a diverse student body that will make up the next generation of the professoriate as well as scientists placed in non-academic careers.

For the latter, we have initiated a graduate internship/entrepreneurship program and several departments offer professionalization workshops for non-academic careers. We are building more connections to industry and government and we are creating two vehicles to support this activity in addition to partnerships with the UCI’s new Office of Applied Innovation. Addressing this challenge will also involve evaluating metrics currently in use for graduate program evaluation to assess any disincentives they pose against non-academic placement.

Finally, we will seek to maintain and build upon our core strengths in interdisciplinary research and departmental and graduate work.

In addition to our eight departments, we house 22 interdisciplinary research centers and institutes and four research facilities used by faculty across the disciplines (the Experimental Social Sciences Lab, the Anechoic Facility, the EEG Lab, and the California Census Regional Data Center).

Academic Analytics show remarkable strength across the board in all of our departments and programs. Almost all are in the top quartile on AA’s measure of faculty scholarly productivity. Faculty and students have a high success rate in winning campus awards and honors. Success with the NSF GRFP, NAS Ford Foundation Fellowship, and other grants has enabled us to extend guaranteed funding to all grad students through normative time to degree.

In sum, our efforts to stay nimble include: