Her eye on OC 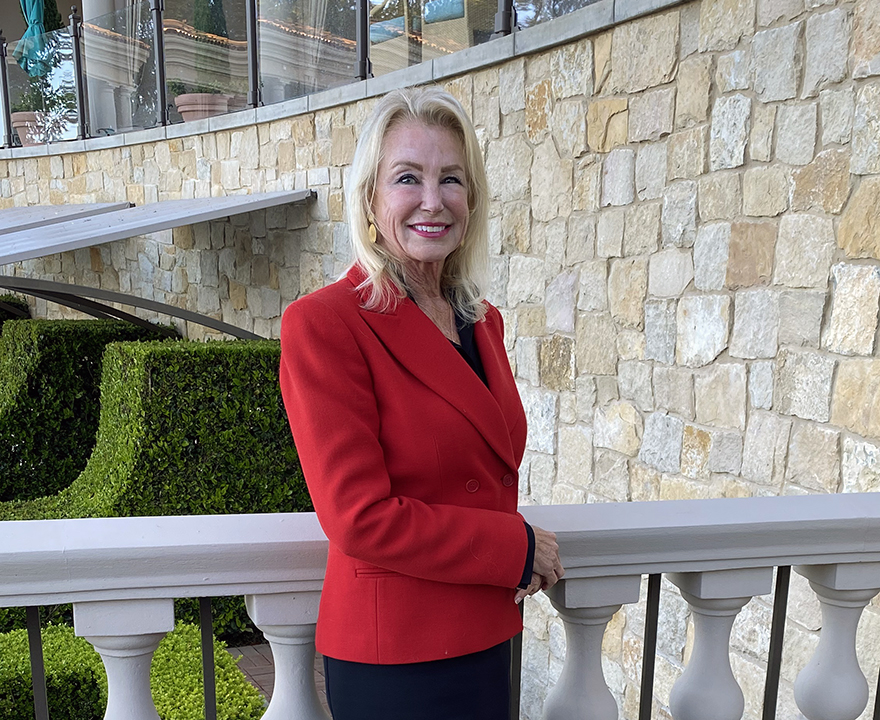 Her eye on OC


She’s not a doctor or inventor, but Shelley Thunen, economics ’90, MBA ’92, is a driving force behind some of Orange County’s most successful medical device companies. As a chief financial officer and board member, she has orchestrated initial public offerings for local startups, as well as multi-million-dollar mergers and acquisitions with industry leaders such as AMO, Alcon and Bausch & Lomb.

“I fell in love with the medical device industry because of the ability to do good without being a scientist or clinician,” says Thunen. “It’s exciting to work at companies with leading-edge technologies that have transformed medicine in important ways.”

The first in her family to graduate from college, Thunen embodies perseverance and resilience, and underscores that there is no single road to success. Now, as an inaugural member of the Women of the Dean’s Leadership Society, she aims to support the School of Social Sciences’ students as they embark on their own academic and professional journeys.

OC’s medical device industry is worth $26.6 billion annually, and the county boasts the nation’s largest concentration of eye-care companies. And it’s been Thunen’s focus for the last three decades.

“Orange County is a really exciting place for industry and for medical devices, in particular,” Thunen says. “You see a lot of companies that germinated here in OC, growing and going public. That’s one of the things I love about being here.”

Thunen describes herself as a “transactional” CFO. Among her many roles, she was the executive vice president and CFO at Intralase, which developed an ultra-fast laser for doing LASIK without using a blade to create the corneal flap. The company was acquired by AMO three years after their initial public offering. She was a board member and CFO of LenSx, which changed how cataract surgery is done with lasers, and led the company through private equity funding and an early acquisition by Alcon – where she stayed on for two more years to manage manufacturing and quality.

For the past six years, Thunen has served as CFO of RxSight, helping to raise two rounds of private equity financing and taking the company public last year. Being a financial leader for these groundbreaking startups requires more than just understanding the numbers. She needs to have a solid grasp on everything from the research and development to the manufacturing and sales.

“You have to know how to talk to investors, assess risk, and how everything going on across the company is going to impact the financials,” she says. “It’s not just budgeting, it’s financial planning.”

One of the things Thunen appreciates about the medical device industry is that, just like the finance and accounting industries, it’s highly regulated. Everyone from the scientists to the sales force is used to regulation by agencies such as the Food and Drug Administration.

“As a finance person, I love the culture of accountability and the high ethical and moral code within the industry,” Thunen says.

But that’s not to say that her job is risk-free.

“I think that many think of finance people as being really conservative. But you can actually be quite bold with a career in finance,” Thunen says. “I’ve spent most of my career in smaller, primarily privately-held companies with the opportunity to go public and grow exponentially, and you have to have a certain mindset for that.”

Thunen was a successful CFO before she ever enrolled at UCI. In fact, it was her job that brought her to Orange County in the first place.

Born in Los Angeles, Thunen started at UCLA as a history major. But after a year, she left school to marry, move to Silicon Valley, and begin a career in accounting at a semiconductor company.

Along the way, she started to take accounting courses at a local university and learn about audits, mergers and acquisitions on the job. In 1985, her employer asked her to relocate to Orange County, and she never looked back.

“What’s not to love here, with the weather, the ocean, the arts, the culture?” she says.

Eager to finish her bachelor’s, Thunen enrolled at UCI in the School of Social Sciences as an economics major with a minor in history – still a personal interest of hers – and continued to work full time in finance. When she graduated in 1990, she joined the Merage School of Business’ Fully Employed MBA program, and graduated top of her class. There, one of her classmates was an engineer for a cardiovascular device company, and she soon joined the company as CFO, launching her 30-year career within OC’s medical device industry.

She eventually narrowed her focus to the eye care industry and, in many ways, that’s what drew her back to UCI. A major source of innovation in ophthalmology, UCI researchers often work closely with local companies to bring new technologies and therapies to the public. The CEO of Thunen’s current company, RxSight, is an ophthalmologist and previously a UCI faculty member, and many other industry leaders stay involved with the university, too.

After working her way through school over the course of many years, Thunen says she was grateful to be able to finance higher education for her daughter, who recently graduated from UC Santa Barbara. Thunen has become an advocate for education in Orange County, at all levels. She is a member of the United Way Tocqueville Society and serves on the board of the Crystal Cove Conservancy, which annually educates thousands of students in their science, technology, engineering and math (STEM) outreach programs.

“As your children get older and you get more financial stability, your career may be busier than ever, but you manage to find the bandwidth to get involved with the community,” Thunen says.

As an alumna, Thunen sees supporting UCI as a natural extension of her other philanthropic work in the community.

“We have a superb university, state college and community college system here in California,” Thunen says. “Education is the way up for anybody. It contributes to emotional well-being, physical health and housing stability – and it doesn’t have to be traditional college education.”

Recently, Thunen became a founding member of the School of Social Sciences’ Women of the Dean’s Leadership Society, which connects women leaders with UCI students and alumni for mentorship and programs to support their academic, personal and professional growth.

“I’m very excited about Women of the Dean’s Leadership Society,” says Thunen. “We’re going to support young women of UCI, and propel them through their careers.”

When she mentors young women, Thunen encourages them to choose a major based on what they love, and to be open to opportunities as they arise.

“If you’re a top student, you’ll be able to do a lot of things; you’ll find your niche,” she says. “Life can take you to different places than you think it’s going to take you when you’re 19 or 20.”

Thunen knows first-hand just how true that can be. And, also, just how rewarding.