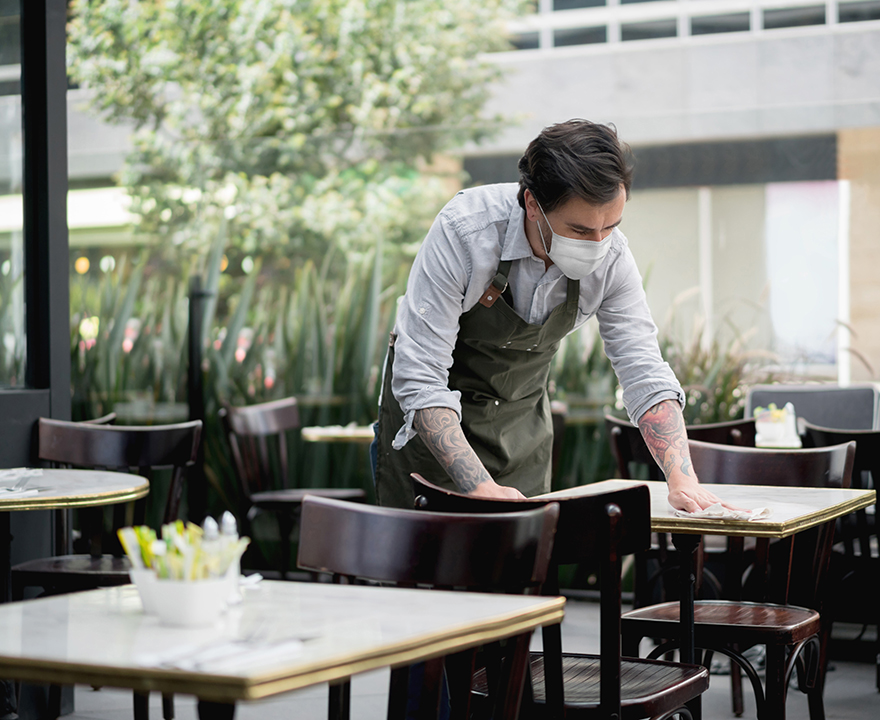 
As the minimum wage debate rages on, new research by UCI economists re-assesses an influential 2010 study which found no significant relationship between minimum wage increases and job loss in the restaurant industry. Replicating the study with one critical shift – using multi-state commuting zones as a comparison group, rather than neighboring counties across state lines – UCI researchers discovered a strong negative relationship between minimum wages and employment. The findings, published in the IZA Institute of Labor Economics Discussion Paper Series, indicate robust evidence that restaurant job opportunities decline when the minimum wage goes up.

“In the original study, Dube, Lester and Reich exploit minimum wage variation within county pairs sharing a state border, with the main assumption that each county pair is a good approximation for a local economic area. However, even if two counties are contiguous, they are not necessarily linked by economically meaningful criteria,” says Antonio Rodriguez-Lopez, UCI economics associate professor. “This is not a problem when using instead multi-state commuting zones, as these areas are designed to capture local labor markets.”

Rodriguez-Lopez, alongside UCI economists David Neumark, Distinguished Professor, and Priyaranjan Jha, professor, re-did the analysis from the oft-cited 2010 study, and show the significance of changing this comparison group. Using the same Quarterly Census of Employment and Wages data from 1990-2006, but substituting multi-state commuting zones for contiguous pairs, the researchers found the minimum wage elasticity (the percent by which employment changes for each 1% increase in the minimum wage) changed from a non-significant value of 0.016 to a significant value of −0.141.

“With California employing more than 1.37 million workers in the restaurant industry by the end of 2021, this elasticity implies nearly 13,000 restaurant jobs lost from a $1 increase in the minimum wage,” says Rodriguez-Lopez.

They took the study a step further, analyzing annual U.S. County Business Patterns data at both the contiguous county and commuting-zone state levels beginning in 1990 through 2016.

“The CBP data not only covers 10 more years of data, but also is far more complete. Whereas DLR’s QCEW data only covers 26.8 percent of contiguous counties sharing a state border and 47.7 percent of multi-state commuting zones, the CBP data coverage is 98.7 percent in both cases,” says Jha. “The increase in coverage is also important, as we are able to show that DLR’s restricted sample is biased towards yielding weaker minimum wage effects.”

“This means, for example, that a $1 increase in the minimum wage in California would cause a loss of 22,000 jobs in the restaurant industry in the short term, and a cumulative loss of about 63,000 jobs after four years,” says Neumark.

He adds: “This information is critical in the on-going minimum wage policy debate as states must keep in mind the industries most impacted in terms of jobs lost when the minimum wage increases. Moreover, the DLR study has been used by advocates to argue that higher minimum wages don’t cost jobs; our work undermines this study and argument.”

Findings are available online at https://www.iza.org/publications/dp/15282.