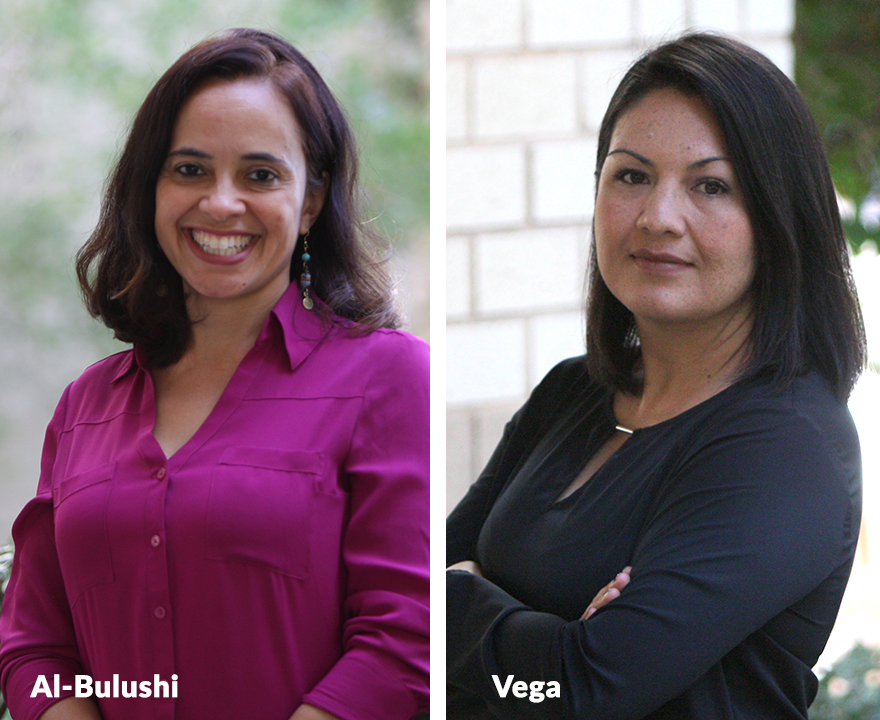 
Samar Al-Bulushi, anthropology assistant professor, and Irene Vega, sociology assistant professor, have been named 2022-23 Career Enhancement Fellows by the Institute for Citizens & Scholars. Funded by the Mellon Foundation, the honor - which includes a six-month sabbatical stipend - seeks to increase the presence of promising underrepresented junior and other faculty members in the humanities, social sciences, and arts. Selected from a highly competitive pool of applicants, the UCI social scientists are among the class of 28 new Career Enhancement Fellows for the up-coming academic year.

Al-Bulushi will be using the Career Enhancement Fellowship during the up-coming fall and winter quarter to complete her book, War-Making as Worldmaking, which argues that Kenya has emerged as a key player in the post 9/11 era of endless war. The book's attention to networks and relations of power in and through the Global South unsettles conventional theories of imperial warfare that emphasize unidirectional impositions of power, directing our attention instead to geographies of contestation and interrelation. Al-Bulushi joined the UCI faculty in 2019 following a decade-long career working in international human rights where she was engaged in debates related to post conflict justice and the International Criminal Court. She earned her master’s at Columbia University and her Ph.D. at Yale.

Vega will be using the Career Enhancement Fellowship during the up-coming fall and winter quarter to finish her manuscript, “Race and Morality on the Frontlines of Immigration Control” in which she details the moral economy - unspoken norms, values, and sensibilities - that shape immigration agents’ work. Taking a chronological approach, she shows how immigration agents are recruited and hired, how they are trained and socialized once in the job, how their training and socialization impacts their use of discretionary power, and how agents’ efforts to cultivate a moral sense double as legitimation narratives at the organizational level. Vega also joined the UCI faculty in 2019. She earned master’s degrees at Arizona State University and UC Irvine before completing her Ph.D. at UCLA.