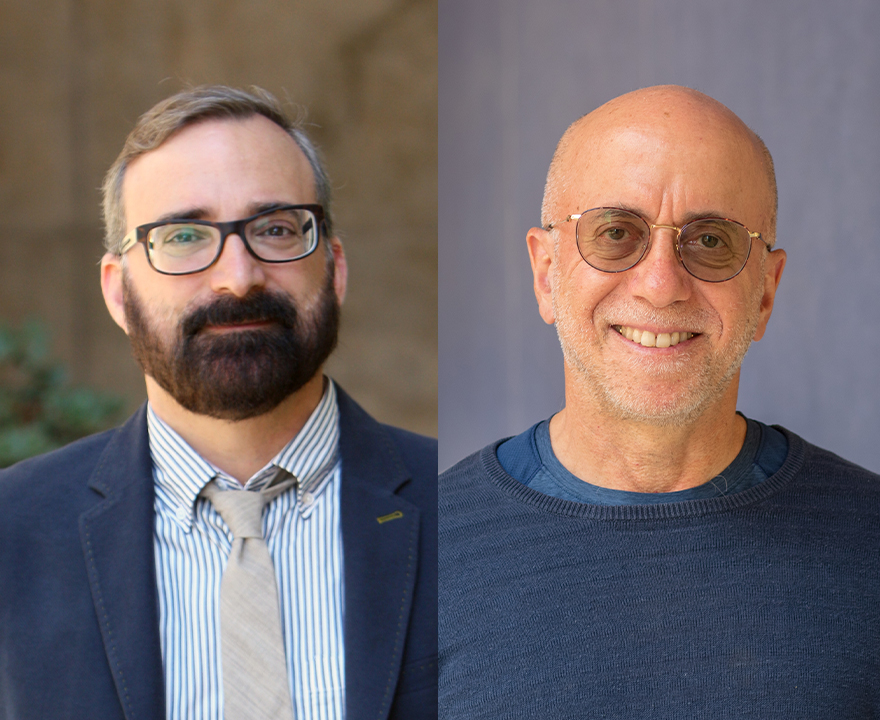 
In February, UCI researchers were among a panel of experts gathered by Orange County United Way to discuss how nonprofit and philanthropic organizations in Orange County might launch a guaranteed income program. Bill Maurer, social sciences dean, anthropology and law professor, and Institute for Money, Technology and Financial Inclusion director, and David Neumark, economics Distinguished Professor and Center for Population, Inequality and Policy co-director, shared a proposal for a program paired with an experimental study that UCI is championing. Listen in to the conversation or read below as Maurer and Neumark share background on various programs, their promises and pitfalls, and how an experimental pilot here in OC, among the county’s diverse, underserved population, could serve as a model for targeted income programs nationwide.

What are guaranteed income programs? What are their promises and pitfalls?

Neumark: Guaranteed or universal income programs provide a monthly cash payment directly to individuals, with no strings attached. The idea is that they provide maximum flexibility, allowing recipients to spend the money on whatever they need. They’ve attracted a good deal of recent attention, including as the centerpiece of Andrew Yang’s presidential and mayoral campaigns, and have received widespread support from tech industry CEOs.

This sounds political. Who supports these kinds of programs, and why?

Maurer: There’s actually support on both sides of the aisle and within industry for these programs, even if different people support them for different reasons, and would structure the programs differently. Tech titans worry that technological innovation will displace workers, leaving them without adequate income, a concern shared by union leaders. Liberals support guaranteed income as a supplement to the existing safety-net by providing an income floor. Conservatives see it as a replacement to safety-net programs, entailing weaker work disincentives and less bureaucracy.

What do economists think about income programs?

Neumark: Economists are always concerned about the incentives. Existing income-support and other safety-net programs are targeted to deliver benefits to those who need them the most. But this can create incentives to be a beneficiary of those programs—possibly by working and earning less. Guaranteed income is a potential solution to this problem, but it needs to be studied more in real world settings to understand work incentives and other responses and effects.

Why is a new study needed to understand income programs, and would that look like in Orange County?

Neumark: Economic arguments focus on work incentives. In theory, there is a tradeoff between work disincentives (and other costs, like bureaucracy), and targeting. Current studies can help us refine our predictions about the alternative programs. But ultimately, only a well-designed experiment can really answer this question of tradeoffs. Moreover, there are other potential benefits of guaranteed income, such as promoting child development, improved mental health (perhaps from decreased financial stress), and unlocking creativity, with potential positive effects on current recipients and their children. We have a lot less evidence on these other kinds of effects.

There are other guaranteed income experiments, but ours has advantages. Under our program, which we hope to conduct in partnership with the Orange County United Way, monthly cash payments would be made to one group of participants, who would be tracked over time. A control group would receive only a nominal payment for participation in the research. Data would be collected from both the experimental and the control group on outcomes like work, income, education, health, nutrition, etc. There would be a qualitative component as well, to collect people’s stories and evidence that speaks to potential longer-run outcomes (education, training, economic self-sufficiency), including on the next generation.

Maurer: Our experimental group will be a population ineligible for many if not most safety new programs: the undocumented population that OC United Way helps support. This allows us to better measure any potential impact of the guaranteed income program, since it will be the only means of financial support this population receives. We will also be able to leverage existing research to compare costs and benefits of our program with other safety-net programs.

How would findings from this experiment contribute to the policy debate on income programs?

Maurer: Right now a lot of programs like this are inspiring policy changes. The State of California has passed legislation to support basic income programs. But we need real, experimental evidence to demonstrate what such programs actually do if we are going to design them right and ensure they have the impact we hope they will have. This experiment would provide just that. We could leverage our evidence and these other experiments to provide policy ideas and proposals that are actionable because they will be backed by data and have appeal across the political spectrum. And it’s close to home. We could provide evidence on potential ways to improve outcomes for an important less-advantaged population that OC United Way serves.

What are the costs associated with this program? How does something like this get funded? And what are your next steps?

Neumark: It’s pricey. There are the usual research costs, and data collection is a large undertaking, because we’re talking about tracking a large number of people over a couple of years. Moreover, what boosts the cost of this research is that the program involves direct cash payments to individuals in the program.

Maurer: One potential finding, however, is that investing up front in our families saves money down the line in the form of reduced expenditures required for other programs. I think of this like UCI and OC United Way’s partnership in the 2014/2015 Homelessness Cost Study. That landmark study showed that it costs the county far more to provide ad hoc services the unhoused rely on than it would just to provide them with permanent supportive housing. And it impacted the national debate.

Los Angeles launched a government-supported guaranteed income program. But Orange County is big, diverse, and made up of 34 different municipalities. That makes it more challenging to build the constituencies to pull this off. So, we are hoping to create excitement in the philanthropic and donor community to get this up and running. Donors have a real opportunity here to generate solid data that will shape the policy debate locally and nationally, as we did with the Homelessness Cost Study. Orange County can lead the way. We’re looking for donors and philanthropic organizations to step up to this challenge and to make a real difference in the lives of our neighbors.