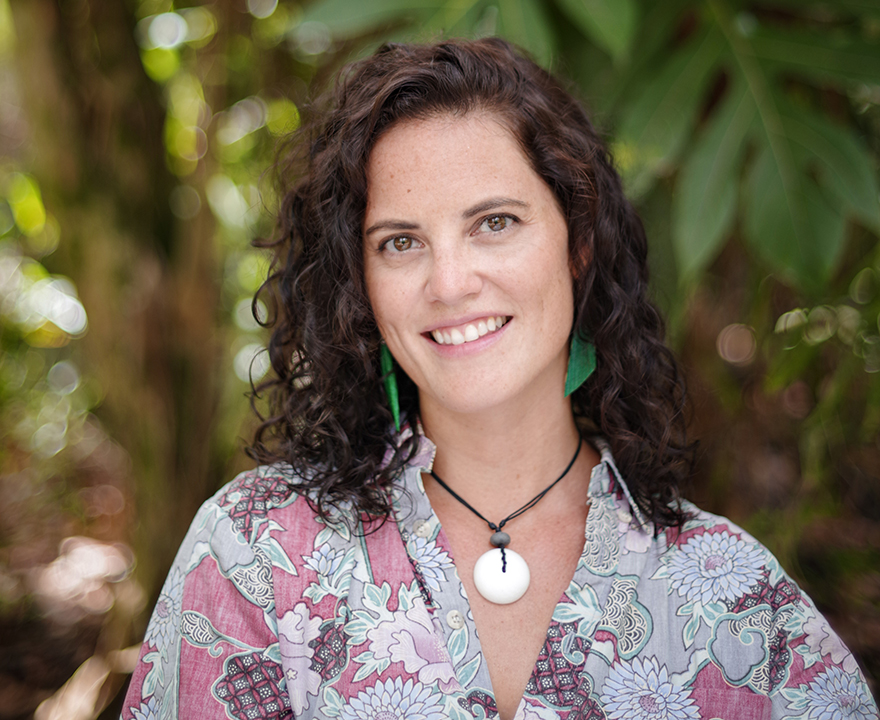 
Issues of militarism and sovereignty in the Pacific Islands will be the focus of an up-coming address by Tiara Na'puti, UCI global & international studies assistant professor, at the Feb. 2 Expert Seminar of the United Nations Expert Mechanism on the Rights of Indigenous Peoples (EMRIP). Focusing on Guåhan/Guam, she’ll discuss the destructive environmental impact U.S. military expansion has on the air, land and sea surrounding the unincorporated territory of the United States, and how the island’s colonial political status has interfered with its ability and right to self-govern.

“The U.S. military buildup construction in Guåhan is desecrating our lands, destroying our collective environment, and threatening our community’s health,” says Na’puti who is a member of the Indigenous Chamoru/Chamorro people of Guam. “Specifically, the construction of the new Marine Corps Base Camp Blaz is in blatant violation of UN Resolution 57/140 (2002), that calls upon the U.S. to ‘to eliminate the remaining military bases.’ And it violates the Declaration of the Rights of Indigenous Peoples, Articles 30 & 32, recognizing that military activities shall not take place in the lands and territories of Indigenous peoples without free, prior and informed consent. Militarization also impacts the ability of Chamorus to exercise our inherent right to self-determination.”

Currently, U.S. military bases occupy roughly one-third of the island’s 212 square mile landmass.  The military also plans to detonate bombs and other hazardous waste munitions on ancestral lands at Andersen Air Force Base, says Na’puti - activities which are the subject of a federal lawsuit filed this week by Earthjustice on behalf of the community group Prutehi Litekyan: Save Ritidian.

“Decolonization is a necessary path to address these threats, and it must be at the top of the local and global agenda,” she says.

EMRIP serves as an expert advisory board to the UN Human Rights Council on the Rights of Indigenous Peoples. Discussion from the February meeting will inform the group’s formal report to the full council later this year.

Na’puti is a UCI Chancellor’s Inclusive Excellence awardee currently completing a one-year Mellon/ACLS Scholars and Society Fellowship working with communities in Guåhan on issues of sovereignty and climate change. She earned her M.A. and Ph.D. in communication studies at The University of Texas at Austin. She has published in journals including American Quarterly, Communication and Critical/Cultural Studies, Quarterly Journal of Speech, and Feminist Studies. Her public scholarship about militarism in U.S. territories has appeared in venues such as In These Times and Common Dreams. Previously, she testified at the United Nations Special Political and Decolonization Committee (4th Committee) on the political status of Guåhan. She’s a member of the Native American and Indigenous Studies Association (NAISA), the National Communication Association and the Rhetoric Society of America.