From refugee to Ph.D., Thoa Khuu is breaking barriers 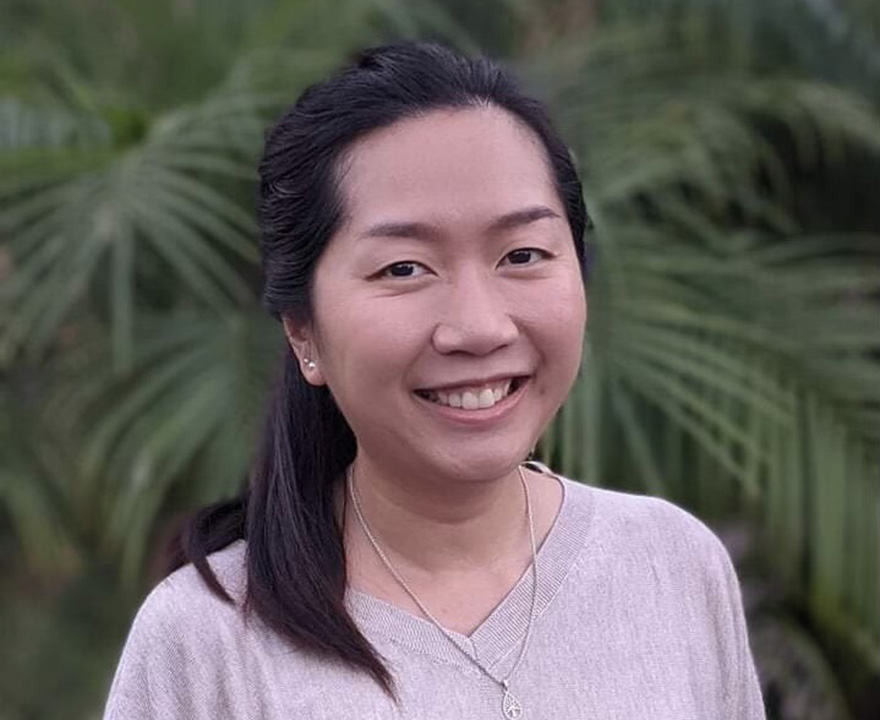 From refugee to Ph.D., Thoa Khuu is breaking barriers


Sociology Ph.D. candidate Thoa Khuu is about to finish her dissertation on the children of immigrants. Over two decades ago, Khuu herself was three years old, soon to immigrate to the United States as a refugee from Vietnam.

This experience—and the experiences of her family—is a driving force in Khuu’s research.

“If you ask any Vietnamese refugee you meet, any one of them can retell some unimaginable trauma they or their family have experienced in their lifetime,” Khuu says. “I sometimes wonder what it means to be a part of a diasporic community that has a very strong shared consciousness of trauma while also trying to establish one's own sense of identity and navigate one's way through a different culture and society. I think questions like these motivate my research on the immigrant experience.”

Khuu’s path to sociology has been anything but linear. After immigrating to the United States, Khuu’s family settled in St. Louis, Missouri. She eventually went to Vanderbilt University, where she received a B.A. in psychology and then moved to Japan to work as an English language teacher. Still, Khuu says her experiences around the world are a source of intellectual inspiration.

“I never took a sociology class before applying to the sociology Ph.D. program,” says Khuu. “I think what interests me most about sociology is that the problems we study can be observed in our everyday lives. And as a Vietnamese-born American, who grew up in the Midwest, attended college in the South, and then moved to Japan to live and work for several years, I draw my research inspirations and interests from the people I meet and the processes I observe in the different institutions and societies I have been exposed to on my journey.”

Since beginning her sociological journey at UCI, Khuu has thrived. She received the highly competitive National Science Foundation Graduate Research Fellowship in 2018. This year, she also received a fellowship from the UC Institute on Global Conflict and Cooperation to support her dissertation.

Those fellowships have given Khuu the time and freedom to focus on her research. But they also helped create educational pathways for others in her family.

“I was able to use a small part of my funding to assist another family member on their own educational path,” Khuu says. “I think it is important that institutions know that sometimes funding working-class first-generation college students goes a long way in helping those students stretch the time and resources made available to them to not only better themselves but assist others in their underserved communities.”

By the time she was applying to graduate school, Khuu had lived in two U.S. states and four countries. But what brought her to sunny California?

In addition to UCI’s competitive financial package, Khuu says she was drawn by the beautiful beaches and by the sociology department’s friendly atmosphere. That UCI’s sociology department houses some of the leading scholars in immigration was also a huge plus.

“Beyond the fact that UCI offered me the best financial aid package, I think I was captivated the moment I hit the beautiful, warm beach of Southern California during the campus-visit weekend,” she says. “The senior students in the department, who organized the campus visit the year I attended, were also warm and welcoming. I thought to myself it wouldn't be so bad to spend the next six years of my life here. And I have never regretted my decision.”

Khuu also found that Orange County was home to Little Saigon, one of the largest Vietnamese diasporic communities in the world.

A far cry from the small Vietnamese community in her hometown of St. Louis, Khuu says seeing the community in Little Saigon has given her even more research ideas.

“Ever since I arrived in Orange County and saw the prominent Vietnamese ethnic enclave that exists here, it has got me thinking about another research idea in which I compare the refugee resettlement communities that have popped up all around the United States,” she says. “The interesting thing about the geography of refugee resettlement is refugees generally do not have choices in where they are placed upon entering the United States. Resettlement agencies make the decision based on various logistics. Thus, there are a surprising number of refugee communities that have developed in small cities and towns people would not associate as a typical immigrant destination.”

As she nears the end of her degree, Khuu aims to take these ideas—and more—with her to work as a professor at a major research institution. Wherever she is, she is certain to continue finding inspiration in the world around her.