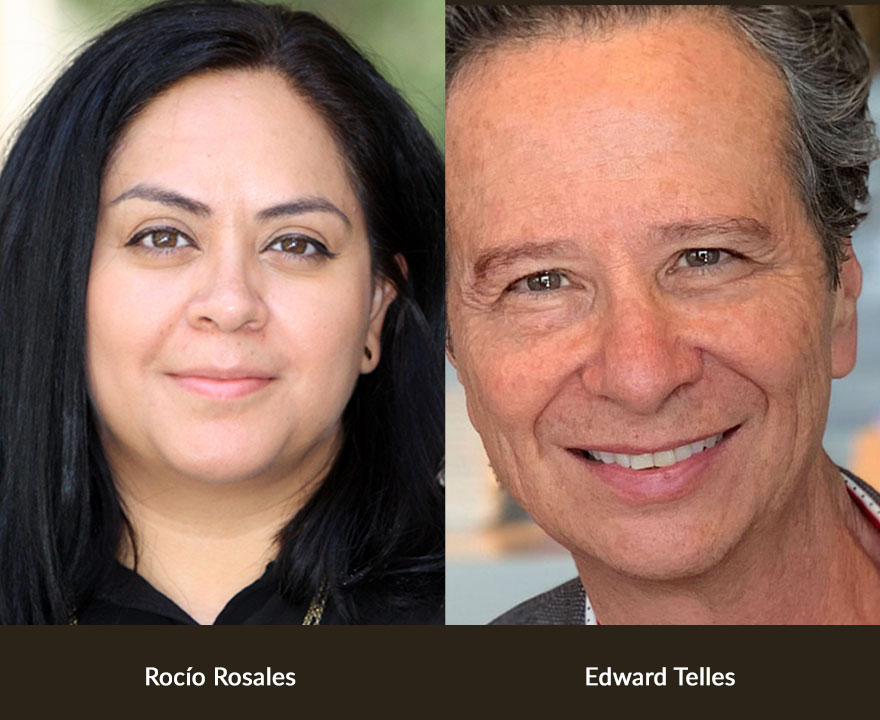 
UCI sociologists Rocío Rosales, associate professor, and Edward Telles, Distinguished Professor, have been recognized by the American Sociological Association International Migration Section for their books that take on timely migration issues. Fruteros: Street Vending, Illegality, and Ethnic Community in Los Angeles (University of California Press) by Rosales and Durable Ethnicity: Mexican Americans and the Ethnic Core (Oxford University Press) by Telles and co-author Christina A. Sue, University of Colorado at Boulder, both received an honorable mention for the section’s Thomas and Znaniecki Book Award. The honor highlights the two pieces for outstanding social science scholarship in the field of international migration. The top award went to Tahseen Shams, University of Toronto, for Here, There, and Elsewhere: The Making of Immigrant Identities in a Globalized World (Stanford University Press).

Rosales joined the UCI sociology faculty in 2014 following a Chancellor’s Postdoctoral Fellowship at UC San Diego in the Center for Comparative Immigration Studies. She has a Ph.D. in sociology from UCLA. Her research focuses on international migration, informal economies and ethnic/immigrant enclaves. In Fruteros, she tells the stories of Los Angeles street vendors and the complex structure of their paisano social networks that have both helped and hindered their new lives in the U.S. Her work examines the hometown links that can be lifelines for entry to the U.S. as well as exploitive networks for an already marginalized population.

Telles joined the UCI faculty in 2020 as a leading figure in the study of race and ethnicity in the Americas and on immigrant integration, intergenerational change and mobility among Mexican Americans. He earned his Ph.D. in sociology at the University of Texas at Austin and has held faculty positions at UCLA, Princeton and UC Santa Barbara. His work – the topic of six books - has been instrumental in helping increase understanding of how race and inequality interact in the Americas. In his award-winning Durable Ethnicity, Telles and co-author Sue dive deeply into how, when, and why ethnicity matters for multiple generations of Mexican Americans. They find individual experiences are largely shaped by structural and institutional forces that promote and sustain ethnicity, which the co-authors dub as ethnic core.

Rosales and Telles will be among this year’s award recipients honored at the ASA annual meeting to be held virtually August 6-10.