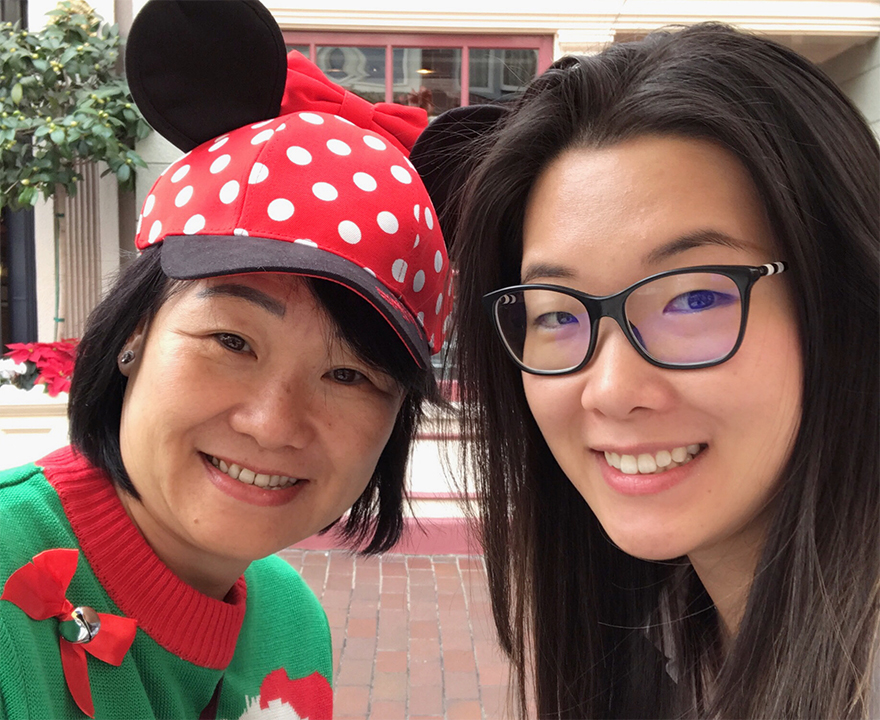 
Venus Kailan Zhao, psychology ’21, has had a long and difficult road on her quest toward an education. From challenges in her personal life to an unexpected move across the globe and mental health struggles, she has persevered through dark times to get where she is now: a UCI graduate with her eyes set on a career as an orthopedic surgeon. And it seems there’s nothing she will let stand in the way of her goals.

“I started junior college but I barely spoke English, I was unhappy at home, and I was dealing with severe depression,” Venus shares. “I changed my major so many times because my parents wanted me to do something that would make money.”

Then, in one of her general education classes, Psychology 1A, she saw something that shifted her course completely.

Venus has struggled with her mental health from a very early age, and she’s open about her diagnoses and experiences. When she saw the brain image in her psychology class, it was validation for what she was going through – and reinforced that there were answers and support out there. She wanted to learn more, and she wanted to help others who were going through similar experiences. So, she decided to major in psychology.

Once she found a subject she loved, school became her driving force. It kept her going even when she was at her lowest, and gave her something to work toward. When she transferred to UCI, she took on challenging coursework while still experiencing difficulty with the language barrier (she was still learning English). But diving into her studies to learn how the human mind ticked – with her mother and source of inspiration in her corner – she’s pulled through.

Her next goal is to make it to medical school, and eventually become an orthopedic surgeon, a passion she realized when she began volunteering at a hospice three years ago. She also currently works part time at a hospital as a medical scribe, and is studying hard for the MCAT. As she gets ready to switch to a medical track, her appreciation for the social sciences and their place in medicine has only grown.

“Social sciences requires a brave mind and adventurous determination,” Venus says. “There’s so much we’re not sure about in psychology and social sciences as a whole. We, as social scientists, live in a grey area of understanding, but we make up a powerful group of scientists creating a foundation for everyone else. And that takes a lot of courage.”

She plans to continue to flex her empathetic muscles once she completes her MCAT exam and medical school applications and become involved in volunteer work to help child survivors of domestic violence.

Her goal from here as she completes her MCAT and medical school applications: “To remain curious and hopeful and do good.”