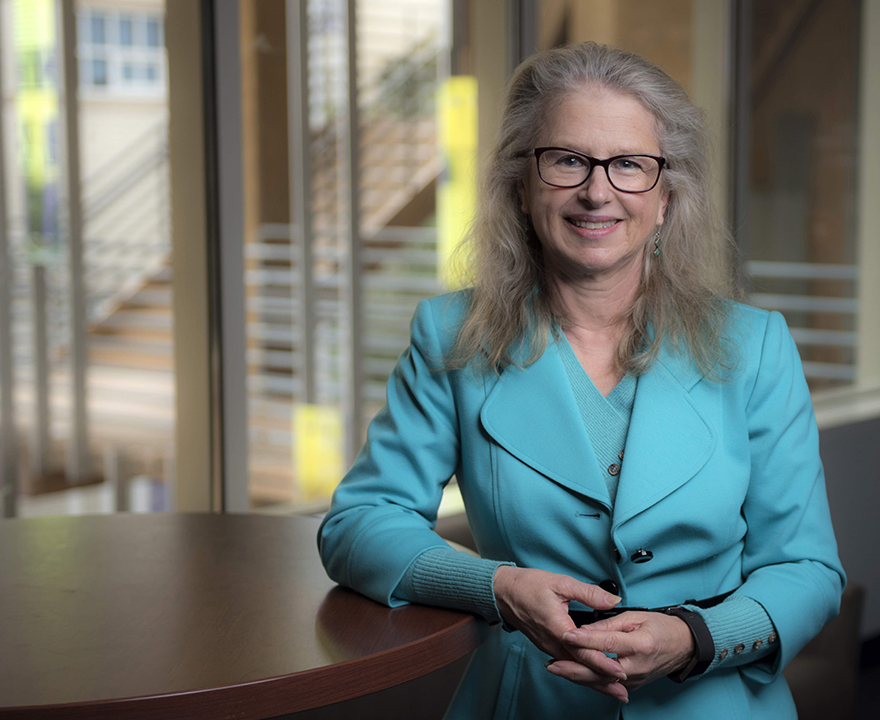 
Etel Solingen, political science Distinguished Professor and Thomas T. and Elizabeth C. Tierney Chair in Peace Studies, has received the Berlin Prize named after Richard C. Holbrooke. The American Academy in Berlin created this prize to honor its founder, as a tribute to his lifelong commitment to diplomacy and statecraft as tools for solving some of the world’s most intractable problems. The Berlin Prize recognizes U.S.-based scholars, writers, composers and artists for excellence in their respective fields, and includes a residential stay at the Academy’s Hans Arnhold Center in Berlin.

As the Holbrooke Fellow, Solingen will contribute to activities related to her collaborative volume Geopolitics, Supply Chains and International Relations of East Asia, just published by Cambridge University Press. She will convene the Holbrooke Workshop with participants from academia, think tanks, government, law, and industry to address the complex relations among the European Union, China, and the U.S. regarding geopolitics, global supply chains, and diplomacy. Solingen heads UCI’s module on global supply chains as part of a UC-wide project on geoeconomics, geopolitics and superpower competition funded by the UC Office of the President. Supply chains and the struggle for technological primacy are at the heart of that competition.

For nearly three decades, Solingen stood out as a pioneer in the theoretical understanding of why some states acquired nuclear weapons while others renounced them. Her book Nuclear Logics: Contrasting Paths in East Asia and the Middle East, acclaimed as the first systematic analysis connecting political economy and nuclear choices, received the American Political Science Association's (formerly Woodrow Wilson) Award for best book across all fields of political science, and the Robert Jervis and Paul Schroeder Award. The National Academy of Sciences awarded Solingen the 2018 William and Katherine Estes Award recognizing basic research on issues relating to the risk of nuclear war. She also received the 2019 Distinguished Scholar award in International Security from the International Studies Association and the 2020 Susan Strange Professorship at the London School of Economics.

Her other books include Regional Orders at Century's Dawn: Global and Domestic Influences on Grand Strategy; Comparative Regionalism; Industrial Policy, Technology, and International Bargaining; and edited volumes on Sanctions, Statecraft, and Nuclear Proliferation and Scientists and the State. Her many articles address globalization and its discontents, transnational diffusion, the politics of science and technology, democratization and peace, international institutions, the origins of World War 1, and other themes revealing the deep connections between international political economy and security.

Solingen was elected and served as president of the International Studies Association and its International Political Economy section and chaired the Steering Committee of the UC system-wide Institute on Global Conflict and Cooperation. Her research has been supported by a MacArthur Foundation Award on Peace and International Cooperation, an SSRC-MacArthur Foundation Fellowship on Peace and Security, an SSRC/Japan Foundation Abe Fellowship, a Lim Chong Yah Professorship at the National University of Singapore, a Celia Moh Professorial Chair at Singapore Management University, the Carnegie Corporation, Sloan Foundation, United States Institute of Peace, and Columbia Foundation. She is also the recipient of a UCI Academic Senate Distinguished Teaching Award and an APSA Excellence in Mentorship Award. She serves on the editorial boards of International Organization, International Security, and other leading journals and has been a distinguished speaker at major academic institutions worldwide.