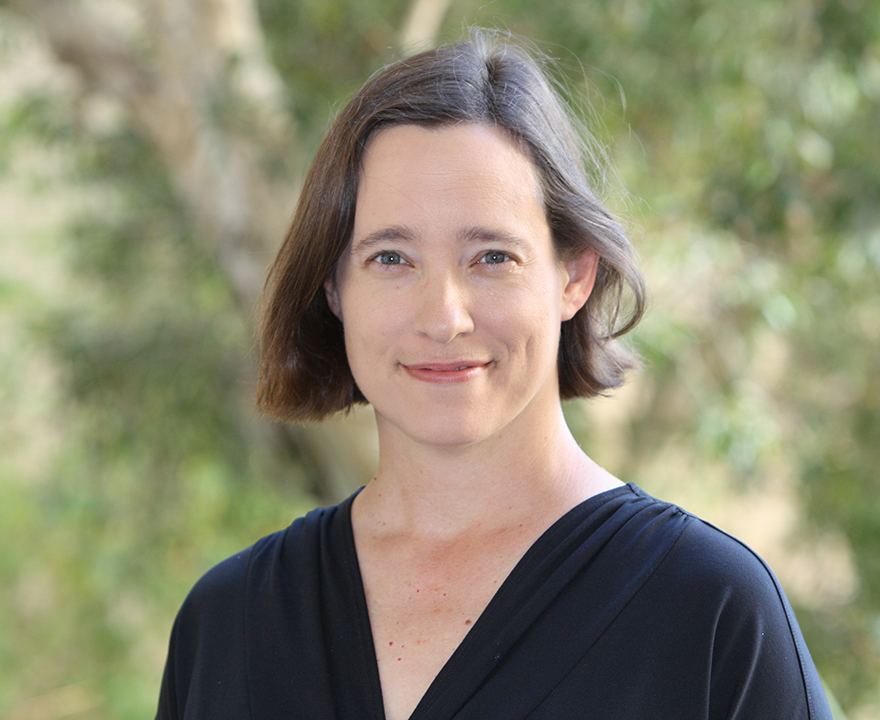 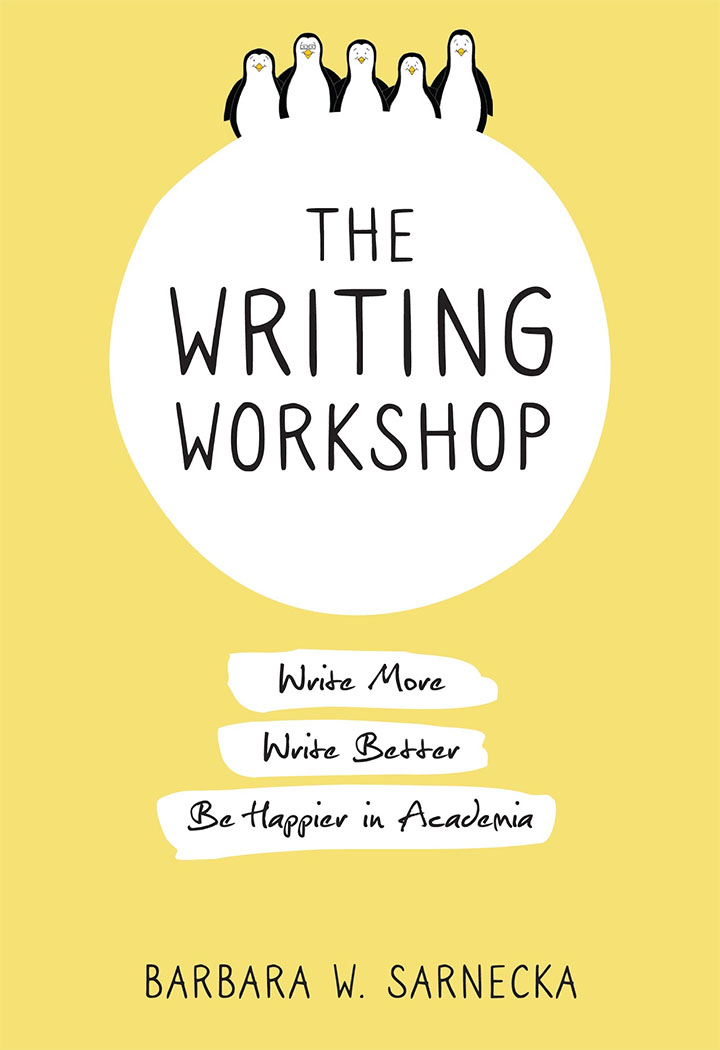 Barbara Sarnecka, UCI cognitive sciences professor and interim associate dean for faculty development and diversity in the School of Social Sciences, has received a commendation for her book, The Writing Workshop: Write More, Write Better, Be Happier in Academia. Awarded by the Society for the Improvement of Psychological Science, the honor highlights Sarnecka’s work that furthers the society’s mission to improve methods and practices within psychological science. Released in 2019 and made freely available for download in early 2020, her book - aimed at graduate students, postdoctoral scholars and early career faculty - is full of tools, tips and tricks she’s learned and wishes she’d had 20 years ago when she was getting her start in academia. Peruse and download online or get the highlights below.

What are your top three pieces of advice on writing more, writing better, and being happier in academia?

My first piece of advice is to join a writing group, or form your own. Writing groups are helpful for writers in the same way that running groups are helpful for runners and cooking groups are helpful for people who cook. A group of friends or colleagues who share an interest in writing more and writing better can support each other in a number of ways, which the book describes in detail. For example, our writing group meetings typically include at least three elements: First, a period of quiet writing time where we just sit together and write; second, a checking-in period where we each discuss whether we met our writing goals for the previous week or not; and third, a feedback forum where we all read a short piece of writing by someone in the group (for example, the first page of a grant proposal) and give the author detailed feedback. Over time, these practices help everyone in the group produce more and better writing than they otherwise could.

My second piece of advice is to learn to write little and often. A lot of academic writers come to the workshop believing that the shortest block of time they can use productively for writing is one or two hours, or even longer. So when they find themselves with just ten or twenty minutes free between classes or meetings, they don’t even think of writing. In our workshop, we urge people to practice what we call “ninja writing,” which is writing in sneaky little spaces of time throughout the day: ten minutes here, fifteen minutes there, etc. The benefit of ninja writing is that it breaks down the psychological barrier to getting started, which is often the biggest obstacle to writing. If you can learn to write in little spaces of time, you can write every day. Even when you’re really busy, even when you’re traveling, even when your kids are sick and you have a stack of papers to grade, you can find ten minutes to write. And that sense that writing is always possible turns out to be really calming and empowering.

My third piece of advice is summed up in a saying we have in the workshop: “It’s a garden, not a mine.” A lot of academic writers think about their work as if it were mining—as if ideas and written products are extracted through backbreaking effort.  When we think about writing this way, we expect the process to be exhausting and leave us depleted. When nothing is produced, our response is to dig deeper, work harder, punish ourselves more.  Now consider the alternative metaphor of writing as gardening, where ideas and written products are like tomatoes or lemons—fruits that come out of a long process of cultivation. If you have a tomato plant that isn’t producing tomatoes, you don’t punish it, right? You take care of it better: You give it more water, better soil, better sunlight. And you recognize that the tomatoes aren’t going to appear right away; you have to take care of the plant for a long time before anything appears. In our workshop, that’s how we see academic writing. When someone is having trouble producing work, we don’t say “Be tough, suck it up, work harder!” We try to figure out what the source of the difficulty is, and how the person can take care of themselves better. Over time, we find that people are much, much more productive (and of course healthier and happier) when they adopt a ‘gardening’ approach to academic writing than when they adopt a ‘mining’ approach.

What writing pitfalls do your book’s readers generally encounter as they begin their academic careers?

I think the most common writing problems that people have when they first join the writing workshop can be described as:

Each of those problems is fixable. You can learn to carve out and protect time for the most important work you have to do, which for academics is our own writing and research. Writer’s block disappears when people learn to write little and often (i.e., ninja writing) and learn to give themselves permission to write bad first drafts. And the book has lots of practical information about how to write better: How to address structural problems in a piece of writing, how to manage information flow, how to maximize readability and imageability in sentences, how to write for audiences with different levels of expertise, and so on. All of these problems get smaller and smaller as people practice the skills over time.

How would this book have helped you as an early career scholar?

Oh my goodness, this book would have helped me in so many ways. I think my whole motivation for writing this book is that these are all the things I needed to know as an early-career scholar, and I didn’t know them, and I didn’t even know the right questions to ask. So I spent the whole early part of my career figuring out solutions to these problems. Then I wanted to share some of that insight, so I wrote the book. One of the things people say a lot when they first join the workshop is “Why didn’t anyone tell me this stuff sooner?” Or “I can’t believe I wasted five years doing [X], when I could have been doing [Y].” I always say, “Hey, don’t feel bad—I spent TWENTY years doing [X] before I discovered [Y].”

Tell us about your plan to offer the e-version at no charge.

Well, as a scientist and a professor, I think it’s my job to produce knowledge and disseminate it widely. I’m a strong proponent of open science, which is the free sharing of scientific information and data, without paywalls or other barriers to access. I post preprints of all of my scientific papers on free, publicly available sites like PsyArXiv and the University of California’s eScholarship repository, and I’d like to make this book free (at least the electronic version) too. But it turns out that there are additional costs involved in producing a book that are not involved in producing a scientific paper. I hired a professional editor, a book designer, a proofreader, and an indexer, and they all got paid. So the plan is to sell enough copies of the book to recoup the costs of producing it, and then at that point to make the electronic version free. My lab website has a page about the book that shows our progress—how many copies have sold and how many more copies we have to sell before the electronic version of the book becomes free. [UPDATE: Sarnecka made the book freely available earlier than planned due to the pandemic.]