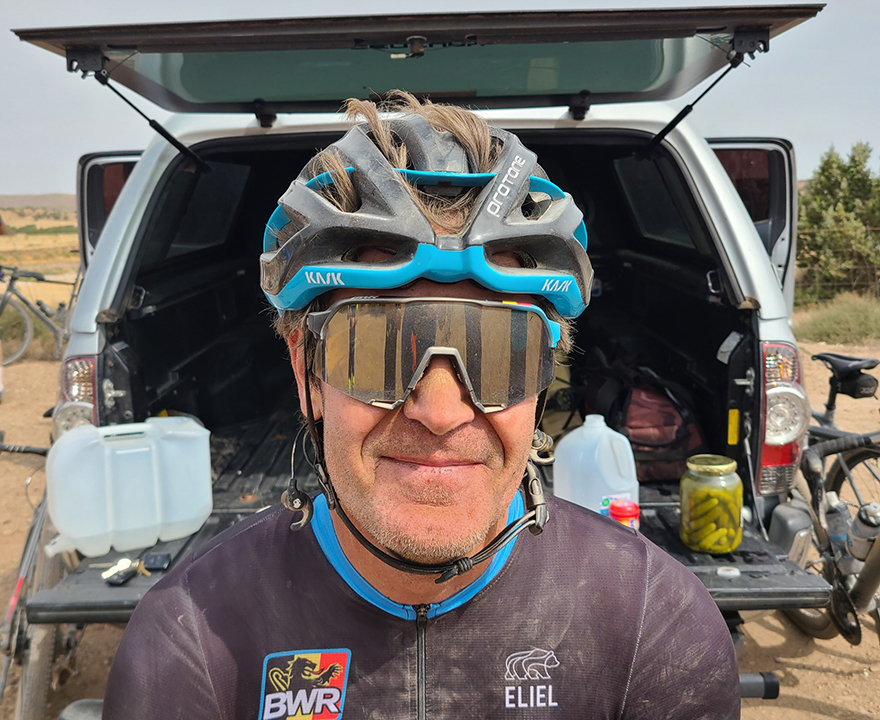 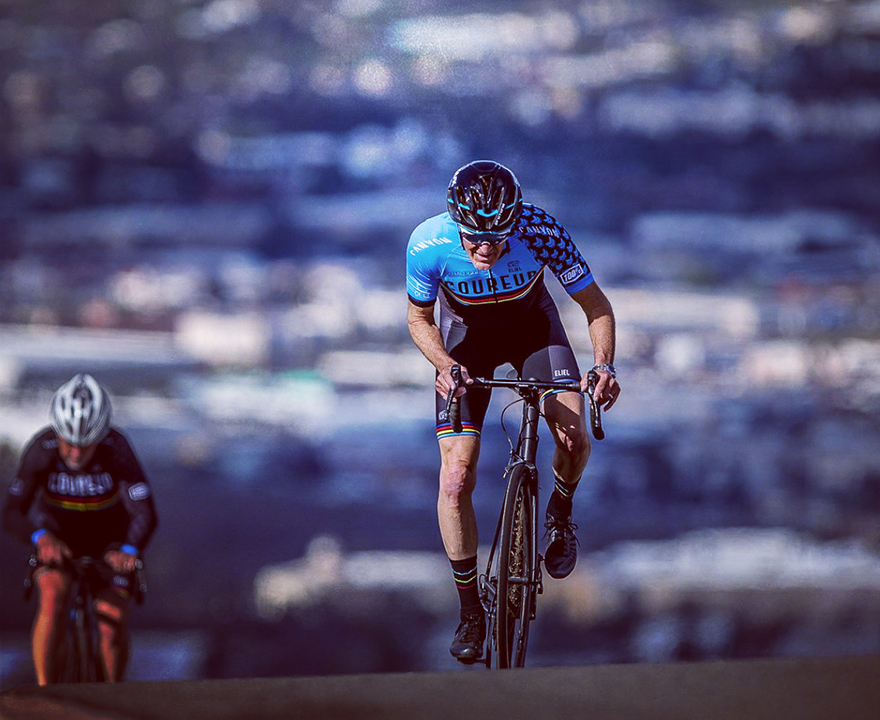 Michael Marckx ’87 is an adventure seeker. An avid cyclist, surfer, skateboarder, paddler, runner and soccer player, he ran his first marathon at age 12, and was a top-ranked triathlete by the time he graduated from UCI. Today, he holds a record in the 930-mile Race Across the West.

Marckx’s career has been as wild a ride as the races he loves: full of painful setbacks and gritty comebacks. With jobs ranging from marketing director to CEO of a publicly traded company, Marckx’s signature blend of creativity and athletics form the bond connecting his personal and professional life.

“If you’re entrepreneurial, your successes are preceded by many failures,” says Marckx. “I’ve been hit by a car while cycling six times in my life, but I’m still going to go out and ride my bike today. You pick up the pieces, reorganize and go after it differently.”

Marckx chose to go to UCI for its great academic offering and because of the nearby beaches “where I could surf my brains out,” he says. In addition to riding waves, Marckx played soccer while continuing to run, swim and cycle as an Anteater. He also played the drums in bands called Edge and More Love Now, playing a variety of genres at gigs in Crawford Hall, the Backlot, the Anthill Pub, Wayzgoose, Aldrich Park and at local clubs. He was active in the Associated Students of UCI, and, as treasurer and president of Kappa Sigma at UCI, convinced Coors to sponsor a music festival hosted by the fraternity.

All of this transformed Marckx, who says he was introverted and small when he arrived on campus, but during his time at UCI grew both physically and metaphorically.

“What UCI availed to me was this open world to pursue any different angle that I wanted,” he says. “It was all offered to me right there.”

Numbers came naturally to Marckx, whose dad ran the Orange County division of IBM, so economics was the easy choice for his major. But with his eclectic interests, he took classes all over campus, leaning into his artistic side with fine art, poetry, drama and even political science.

“I learned so much from professors at UCI who forced me to look at things differently, tore apart my writing, and encouraged me to read books I wouldn’t ordinarily have read,” he says. “They were like running coaches who would force me to dig a bit deeper.”

Marckx admits he was more focused on experiences than studying while a student.  “My degree was really in all these experiences with sports, arts, music, ASUCI, running the fraternity, working and traveling and playing gigs all the time,” he says. 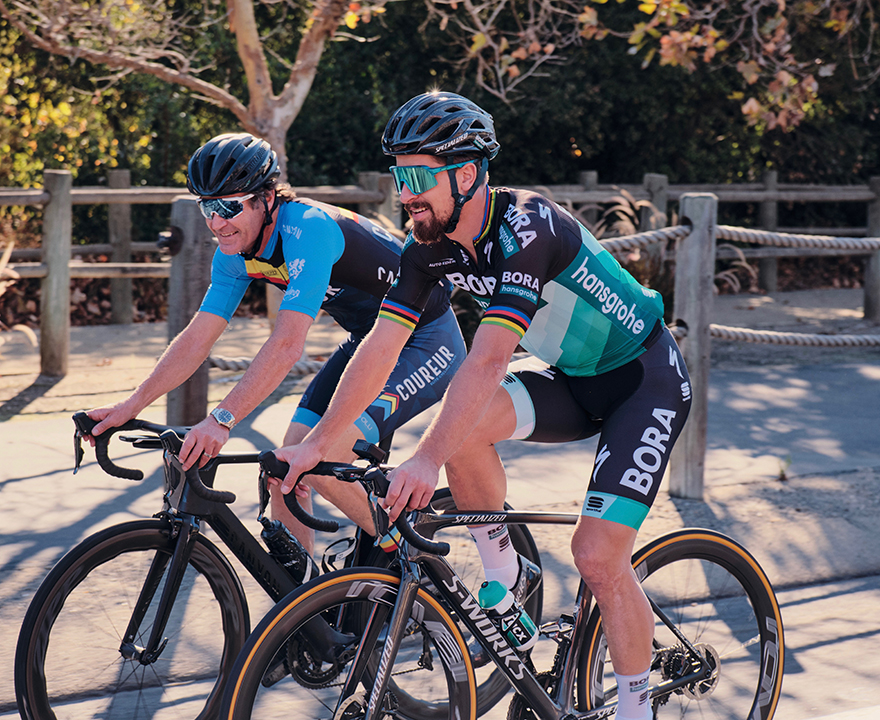 When Marckx graduated, he began shifting from an amateur triathlete to professional, making the U.S. National Team directly after graduating. He trained hard during the day and played gigs up and down the state at night, in his own bands or filling in for drummers in other bands.

But his world came crashing down when a car hit him while he was cycling just after winning his first race as a professional. He was only 24.

“My body was ravaged,” says Marckx. “I didn’t get back to racing for a long time, and was never the same since, unfortunately.”

Marckx recounts the fallout of the accident in his TEDx talk, “Belief is a thought you keep thinking; don’t you think?” In a pivotal moment during his recovery, a psychic told him that although his athletic and music careers was finished, he would find success in business.

“I had no interest in business,” he says.

“I still wouldn’t say I’ve achieved tremendous success all these years later,” he adds. “But I’m awed by the sheer amount of opportunities I’ve had to collaborate with great people, and to help right the ships of brands or to launch new brands that have gone on to great success.”

Marckx has led or launched more than a dozen businesses over the past three decades, all tied in some way to his passion for adventure sports. Marckx’s work with companies follows a predictable pattern: get in, right the ship, and get out. He leads business turnarounds not through spreadsheets or slashing costs, but through creative direction and marketing. For example, after the September 11 terrorist attacks, he helped surf brand Ocean Pacific double its revenue in three short years, amid a challenging economy, through storytelling.

“Through our marketing, I reminded people of the past and nostalgia and what life was like before this affront … the family values and the purity of the ’70s and the freedom of surfing, long hair and corduroy shorts,” Marckx says. “I tapped into that but with modern people and musicians to tell that story. That’s what promulgated their success.”

Marckx’s other business successes include managing the Ironman World Championships in Hawaii, boosting Surfing Magazine against its global competitor, and serving as vice president of global marketing for 12 brands at skateboarding company Globe International. As CEO of SPY, a publicly traded eyewear company, Marckx turned the foundering business around and led 14 consecutive quarters of year-over-year growth.

Marckx has also served on the board of the Surfrider Foundation and, as chairman of the board from 2009 and 2013, raised the visibility of the nonprofit’s work to protect oceans and beaches, growing its network and doubling its U.S. staff.

Most of his life, he stayed in Southern California where he married and raised two athletic children, a daughter who’s now in high school and a son who’s in college.

While Marckx’s business successes are tied to the sports he loves, he remains actively engaged in racing, as well. Marckx has tangled with cars or buses six times while cycling, leading to broken bones, hospitalizations and even brain trauma. Each accident may have slowed him down, but nothing will make him give up cycling.

In 2016, Marckx and three teammates competed in a 930-mile Race Across the West, in which he and his three teammates cycled from San Diego to Durango, Colorado in 1 day and 16 hours and 45 minutes. They hold the reigning course record for all categories.

His favorite race to compete in, though? The Beer Mile, a stomach-churning contest where runners chug a beer before each lap around the track — and must keep it down.

Marckx has even created popular athletic events that serve as a siren call to thrill-seekers like himself. In 2012, he founded the Belgian Waffle Race, a cycling competition in northern San Diego County, covering roughly 140 miles of bone-crushing gravel, sand and dirt terrain with 12,000 feet in elevation gain. Cheekily named after the world’s most famous one-day bike races that typically happen in Belgium, the race serves participants Belgian waffles before and Belgian ales after the course. The event now attracts over 4,000 cyclists, and has expanded to venues in Utah, North Carolina and Kansas.

At UCI Homecoming 2021, Marckx will give a keynote on “No Easy Roads,” a fitting theme for the life he leads, and the paths he encourages others to explore.

“I’ve had punctuating moments in my life that could have been really big setbacks, but I’ve used them to inform my own process of growth,” says Marckx. “I want others to know that not every job or venture works out, but hopefully you get better at realizing what deserves your attention.”