Research to advance equity and inclusion 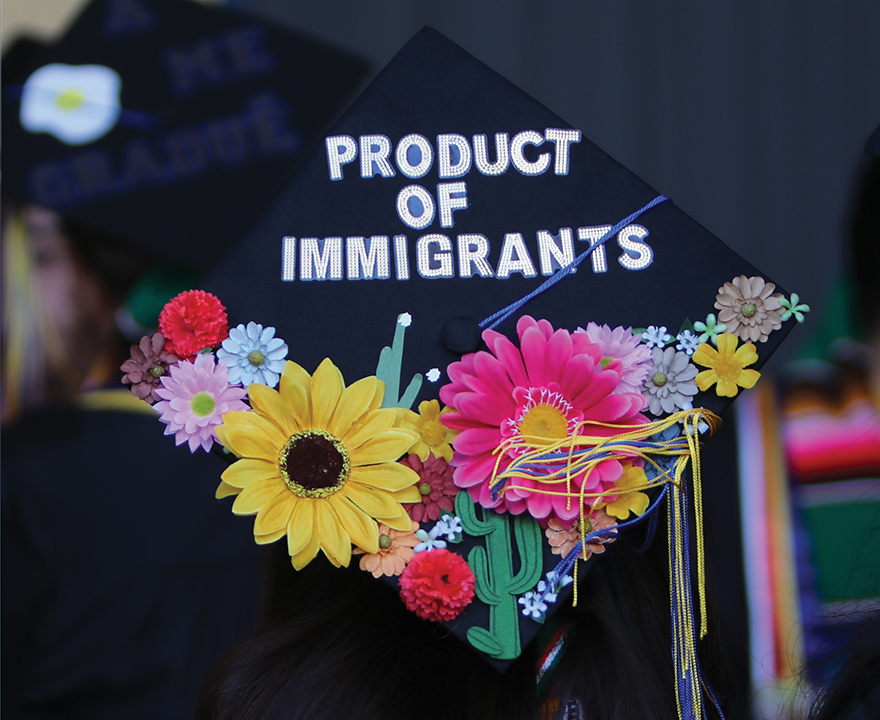 Research to advance equity and inclusion


A new report from the UC Collaborative to Promote Immigrant and Student Equity (UC PromISE) summarizes results of a study of children of immigrants attending the University of California. Led by Laura Enriquez, UCI associate professor of Chicano/Latino studies, the report establishes that immigration policies disrupt the educational experiences and wellbeing of not only undocumented students but also those who are U.S. citizens with undocumented parents.

Register for the Feb. 16 webinar featuring Enriquez and team where findings will be shared.

“The similarities are staggering,” says Enriquez. “It is clear that immigration policies are harming entire families, compromising the success of students even when they themselves are U.S. citizens.”

An accompanying research brief details how COVID has been differentially experienced by these student communities as well. “Students’ and parents’ undocumented status created strain on students’ finances, academics, financial, and wellbeing, underscoring their need for federal and school-level support during this pandemic,” says co-author Annie Ro, UCI associate professor of public health. All students reported negative effects of COVID in these areas but undocumented students report the most severe effects in most areas. U.S. citizens with undocumented parents often reported similar or slightly lower rates of effects.

“Our findings call attention to the widespread consequences of immigration policies,” Enriquez says. “They bring even more urgency to the need to pass President Biden’s proposed immigration bill. It is crucial that immigration reform provide a clear pathway to citizenship for all undocumented immigrants to protect the wellbeing of immigrant and racial minority communities.” In the meantime, the report calls on universities to build on the success of undocumented student services and expand support to all those who are impacted. The research team also included colleagues from UC Riverside and UC Merced.