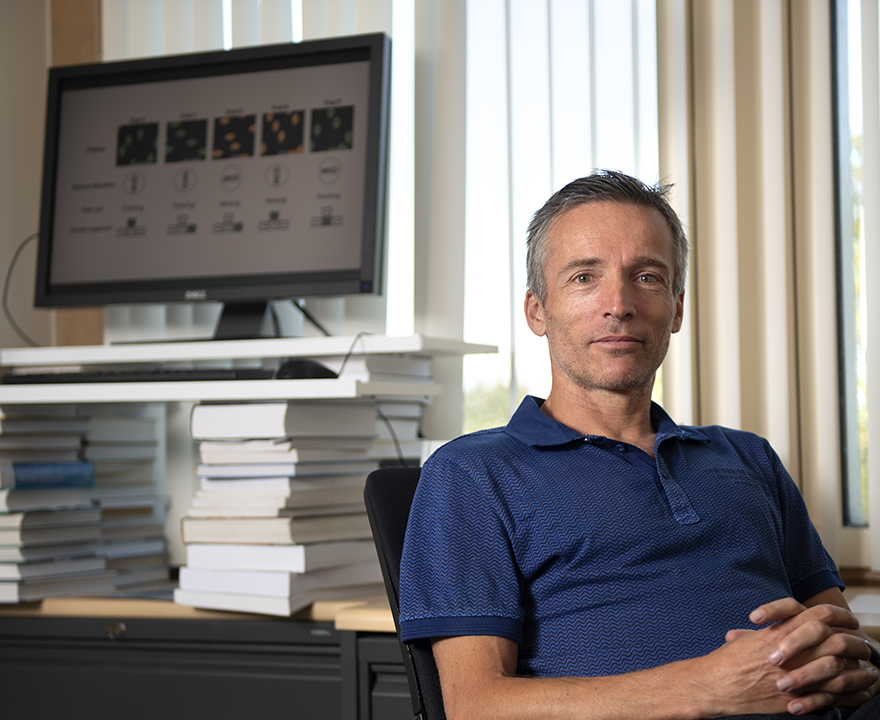 
University of California, Irvine (UCI) professor of cognitive sciences Mark Steyvers and Lumos Labs – the parent company behind Lumosity, a popular online brain-training game website – are the winners of the first-ever Award for Research Data Stewardship from the Future of Privacy Forum (FPF). The award-winning collaboration between Steyvers and Lumos Labs employed privacy techniques to transform data on user play into innovative cognitive science research. The annual FPF Award for Research Data Stewardship is supported by the Alfred P. Sloan Foundation, a not-for-profit grantmaking institution that supports high-quality, impartial scientific research and institutions.

The partnership between Lumos Labs and Steyvers was created through the Human Cognition Project (HCP), which is an online platform that was made to facilitate large-scale, collaborative research studies led by independent academic and clinical researchers. Over the last decade, the HCP has supported over 100 collaborators from universities and organizations, resulting in more than 40 peer-reviewed publications.

“The research collaboration with Lumos Labs enabled me to access the right data, without fear of compromising individual privacy,” says Steyvers. “Through the Human Cognition Project, I was able to access large-scale data sets that enabled more extensive and precise investigations of human learning than is typically achievable conducting tests in a laboratory.”

The partnership resulted in the publication of research in a leading journal that advances the research field’s understanding of an important cognitive function – task switching – and the impact of practice. The partnership has also provided resources and tools to the larger research community to promote transparency and reproducibility of results and has democratized this type of “big data” approach to the cognitive sciences.

Lumosity supplied de-identified data on users’ response time and accuracy from two Lumosity games to researchers interested in identifying how people flexibly and efficiently adapt their behavior in response to changing contexts, otherwise known as task switching.In order to ensure that the data sharing project minimized potential privacy risks, both the parties took a number of steps, including:

“Independent research on consumer data collected by private companies holds the keys to addressing many of the challenges facing our society today, but it must be done in a way that protects individual privacy,” said Jules Polonetsky, CEO of the Future of Privacy Forum. “The COVID-19 pandemic has highlighted the urgency of promoting privacy-protective means of conducting research. That’s exactly what we’re doing by honoring Professor Steyvers and Lumos Labs as the winners of the Award for Research Data Stewardship.”

“The Human Cognition Project as a whole, and the collaboration with Professor Steyvers in particular, demonstrates our commitment to sharing our data with academic researchers in a manner that respects individual privacy,” said Bob Schafer, General Manager of Lumos Labs. “Protecting the individual privacy of our users while using data and research to make the world a better place is at the heart of what we do at Lumos Labs.”

In addition to the award winners, FPF announced several nominated projects that earned honorable mentions, including:

Nominees for the Award for Research Data Stewardship were judged based on their adherence to privacy protection in the data sharing process, the quality of the data handling process, and the company’s commitment to supporting academic research. Nominations were reviewed by a jury of experts comprised of academic and industry thought leaders, including representatives from FPF, leading foundations, academics, and industry leaders. Establishing data protections for corporate-academic data sharing is increasingly important as governments, healthcare institutions, and researchers aim to obtain and deploy consumer data to track the spread of the coronavirus, deliver emergency supplies, target travel restrictions and quarantines, and develop vaccines and cures.

Recipients will be honored at a later date in a virtual ceremony.