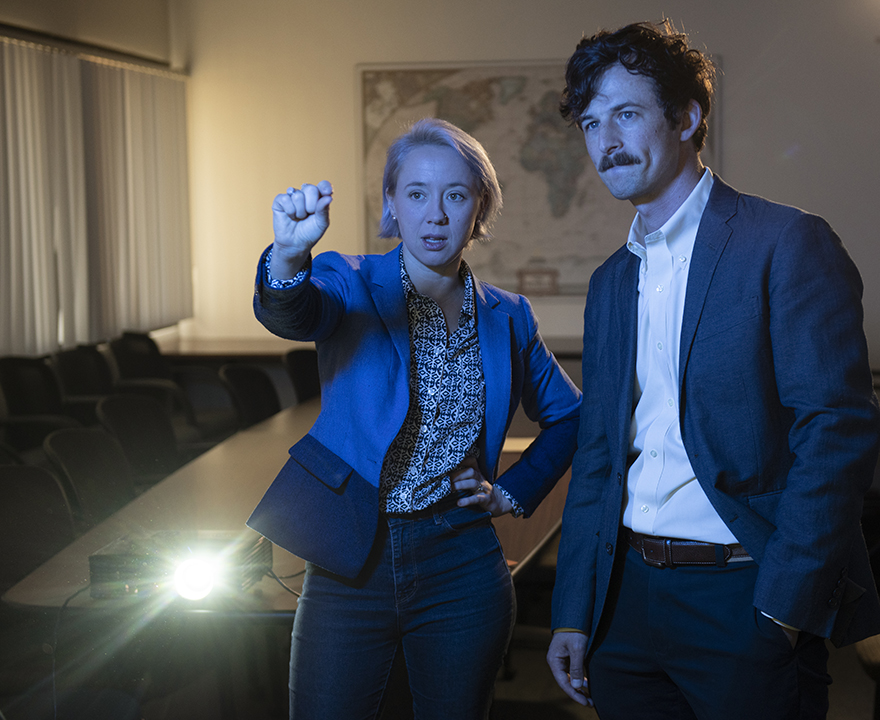 
From climate change to vaccines, beliefs about science vary widely based on a person’s social networks and information sources, says Cailin O’Connor, UCI logic and philosophy of science associate professor. And those beliefs can have far reaching implications for public policy that impacts everyone.

“Beliefs shape action, and holding accurate beliefs about matters of established science is key to successful decision making in a democracy,” she says. “In order to evaluate public policy, citizens need enough information to understand social problems and to judge the likely outcomes of possible policy measures.”

O’Connor and James Weatherall, UCI logic and philosophy of science professor, have been awarded $431,892 from the National Science Foundation to study how false beliefs take flight and what this means for public understanding of science.

Using network modeling and analysis, they’ll study how tactics employed by journalists and influencers shape public understanding of science, how social dynamics converge with personal biases to shape beliefs, and how scientific consensus emerges - among scientists, and among the public and policy makers.

Findings from their work will guide course development on combatting fake news and propaganda, aide regulatory bodies and industry giants like Facebook and Twitter in understanding how to protect public belief, and contribute to efforts to counteract illegitimate attempts to shape public belief.

“This research lies at an underexplored intersection between philosophy of science, mathematical social science, and public policy,” says Weatherall.  “We're excited to have this support because the issues we're studying are very timely, and the approach is novel and important.”

Funding for this work began in September and will run through August 2022.