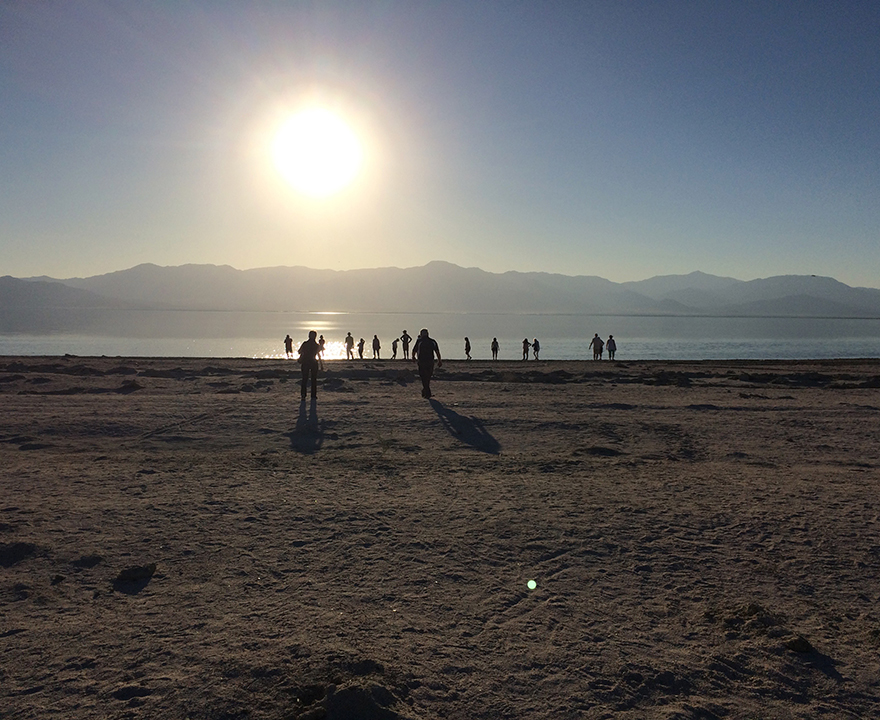 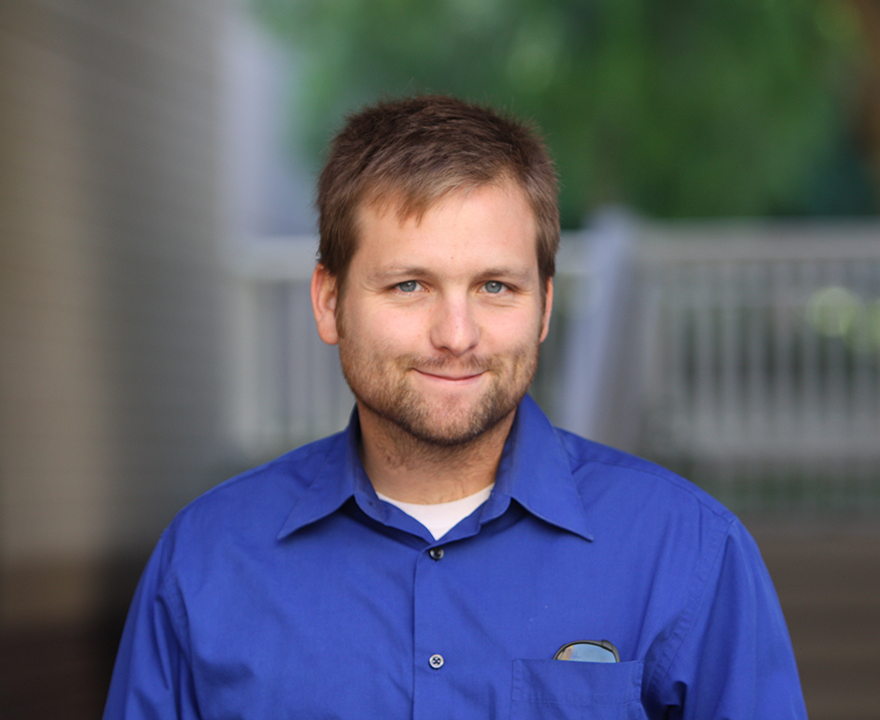 For years, California’s Salton Sea has been on the brink of an ecological disaster. As the lake dries out, it exposes toxic dust on the shoreline, and increases the water’s salinity to levels that kill the local fish and birds. The solution seems simple: just add water. In fact, an aqueduct skirts the Salton Sea, carrying water to the Coachella Valley to feed its golf courses and fountains.

“At a fundamental level, it just doesn’t make sense,” he adds. “But when you’re in the system, the status quo seems obvious.”

These and other puzzling idiosyncrasies inspired Gibson to study California water management through a sociological lens. Gibson recently earned a prestigious Haynes Foundation Fellowship for his dissertation project, which supports scholars studying “pressing economic, social, policy or political issues that impact Los Angeles” and will support future policy efforts. His findings will have broader implications for how we manage other types of environmental resources, as well.

“The ecological imbalances at the Salton Sea stem not from purely environmental causes, but from decisions made in distant boardrooms, global economics, growing urban populations, and the pursuit of particular interests by state institutions and organizations,” explains Gibson. “It turns out, water management is a very sociological topic.” 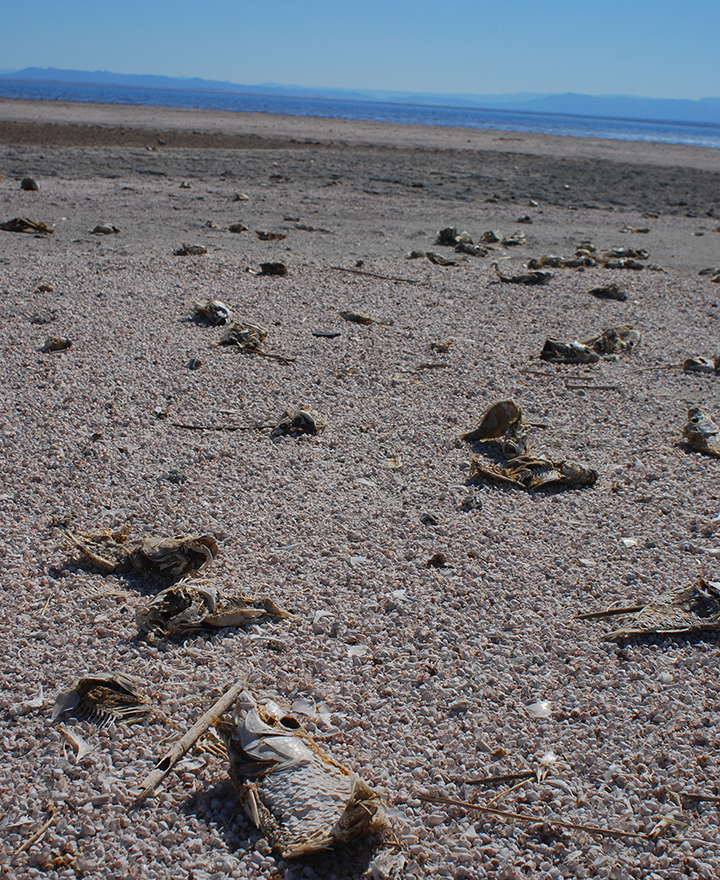 Gibson’s academic career didn’t start with water or even sociology. As an undergraduate at California State University Channel Islands, Gibson studied English, but found himself drawn to the social issues at play in the literature more than the literary critique.

After enjoying a season as a “ski bum” at Mammoth Mountain, Gibson decided what he really wanted to do was teach. He leveraged his experience as a writing tutor and guitar teacher to land a job at a vocational school teaching everything from written communications to customer service.

“What I was missing is that I wasn’t teaching the content I felt very passionate about,” he says.

Gibson went to the University of California, Santa Barbara for his master’s in global studies, an endeavor that sent him half-way around the world, to study Arabic in Oman and Jordan, and live in Egypt while writing his thesis on international interventions in Somalia.

Gibson chose UCI for his doctoral studies because of the sociology department’s strong rankings, generous funding offer, methodological focus and the breadth of the faculty, which made him confident that he could continue studying the Middle East, as well as foster his budding interest in water governance.

After completing his second-year paper on government spending in the Middle East, he shifted gears to research water governance for his dissertation.

“One great thing about being here at UCI is the flexibility—that I wasn’t stuck on my research trajectory from day 1,” says Gibson.

In 2018, Gibson earned a UCI Pedagogical Fellowship, enabling him to hone his teaching skills and better prepare him for his ultimate goal of becoming a faculty member who both educates and mentors students.

“Chris is both an excellent teacher and a creative scholar, which is a valuable combination,” says Nina Bandelj, professor of sociology and Gibson’s advisor.

To jumpstart his water research, Gibson got involved with the interdisciplinary Water UCI center in the School of Social Ecology. He also started attending city meetings and taking public tours offered by water management agencies around the state including the daylong bus tour hosted by the Coachella Valley Water District, where he first saw the Coachella Canal bypassing the Salton Sea.

“At first, I felt out of place, but over time I was able to keep up and learn the language and make sense of things,” says Gibson. “But being an outsider may have been an advantage, because as I started getting into the research and digging into the documents, a lot of things stood out as odd to me that maybe wouldn’t to someone in the business.”

Moving water around California, from the snowpacks in the northern part of the state and the Colorado River into the populous coastal communities and agricultural valleys, is a technologically complicated and financially costly feat, though we often take it for granted.

“We’re literally on top of our water supply right now,” says Gibson, while on campus. “But we’re not aware of how profound it is that this thing works every day, 24/7, and doesn’t take a break even on Christmas or New Year’s. We turn on the tap and it works.”

Another thing people often take for granted is that, between their taxes and their water bills, residents are financing the water supply they use. In fact, water management, like many aspects of our modern society, has been financialized, according to Gibson’s research. That is, water companies often rely on debt financing to run their operations, whether that’s municipal bonds or investment holdings. Gibson was surprised to discover that even when water agencies have an operating surplus, they often pay for much of their work through debt.

In addition to crystalizing how finance has infiltrated water management, Gibson aims to present a sociological theory that explains how this financialization of the water industry may actually contribute to social inequalities, overconsumption of water resources, and even environmental degradation.

“Chris creatively marries his interest in global financialized economy and the environment,” says Bandelj. “Financial pressures on public agencies exist in other domains as well, so Chris' project helps us understand a much broader phenomenon and how the supposed private-public divide gets blurred, and how private capital shapes the activities of the state.”

These lessons gleaned from the Salton Sea may not save it, but Gibson hopes it can help us all better manage rising sea levels, droughts and wildfires in the era of climate change.