Economic perspective on a changing world 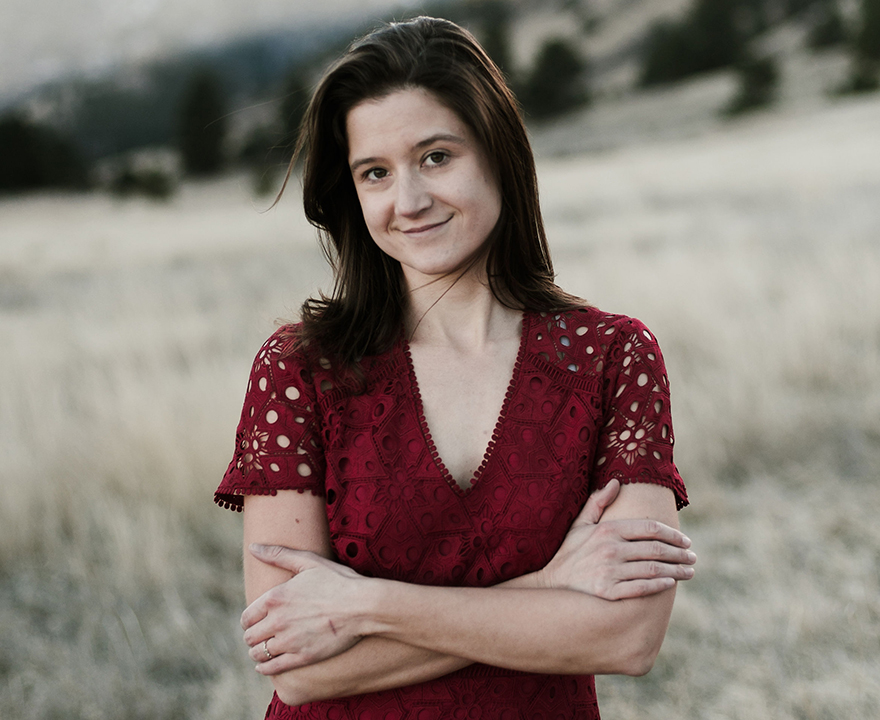 Economic perspective on a changing world

Bennet’s work recently earned her a grant from the Horowitz Foundation, which focuses on funding projects with policy implications.

“This is a very prestigious award that goes to support timely and important research in social sciences among graduate students,” says her advisor, Matthew Freedman, UCI economics professor. “The fact that the foundation wanted to support her research speaks to the timing and policy implications of her work.”

During a workplace audit, immigration officials require an employer to provide paperwork proving that everyone on their payroll is legally working in the U.S. But in 2009, ICE gained another powerful way of locating undocumented immigrants - in county jails.

Between 2009 and 2013, the federal government rolled out the Secure Communities program on a county-by-county basis across the U.S. When a county became a “secure community,” its local law enforcement began systematically sharing with ICE the fingerprints of everyone currently jailed and anyone brought to jail.  The program was suspended between 2014 and 2017, but since its inception, more than 363,400 individuals were deported through the program.

Bennett points out that a growing body of literature explores how Secure Communities impacted social services. For example, fewer people applied for federal food stamps after Secure Communities rolled out in their neighborhood. Researchers theorized people feared that signing up for the federal nutrition program might increase the odds of a family member or friend getting deported.

But very little research has been done on how Secure Communities impacted ICE’s innerworkings and decision-making processes. Bennett wondered if ICE might increase their workplace audits based on information about where the immigrants had been employed at the time of their arrest.

“In terms of how ICE makes decisions about which establishments to raid or audit, it’s a black box,” says Bennett. “We really don’t know much about how this agency operates and how it decides to allocate its resources to finding undocumented immigrants.”

To gain this insight, though, Bennett needed data from ICE. She filed Freedom of Information Act requests, commonly known as FOIAs, to get the data from the federal government. Freedman encouraged Bennett in this effort, but wasn’t optimistic. He had seen plenty of academics encounter roadblocks getting data from ICE in the past.

“It speaks to her perseverance and ability to communicate clearly and effectively with practitioners that she was able to get this data from ICE,” Freedman says. “It took some degree of negotiation and compromise to get the data, and that was really impressive.”

“The fact that we’re seeing this decrease is kind of mind-blowing,” says Bennett. “What we’re seeing is that ICE decided to use jail to find undocumented individuals instead of using workplace audits.”

Bennett plans to continue her research and defend her dissertation in 2020, and she hopes in the future to expand her research to include how workplace audits impact employment outcomes in communities. For example, if one business is visited by ICE are there spillover effects at neighboring businesses, such as cutbacks or trouble retaining workers?

With a longtime interest in migration, Bennett previously studied migration of farmers in Thailand as well as migration back and forth across the U.S.-Mexican border.

“Neil is an incredibly creative student who has stuck with a common theme to her research of migration and migration policy, which is an exciting area of research right now not just in the U.S. but around the world,” says Freedman.

When Bennett began her graduate studies at UCI, there was another hot-button issue that caught her attention, unrelated to immigration. The field of economics was experiencing what she describes as a reckoning. A flurry of published papers quantified the striking gender inequalities in economics - from how women receive less credit for research when they co-author with a man, to how starting a family hurts a woman’s chances of getting tenure yet helps a man’s.

As a young woman starting down the path to academia, this all worried Bennett.

“I had a lot of questions and felt a lot of uncertainty about my own career and whether or not this was even something I wanted to do,” she says.

So Bennett took action, starting close to home. She and her classmate Lucie Lebeau started a group for women in economics and business, which meets every other week. They discuss issues facing women that range from how to deal with workplace bias to deciding the best time to start a family. They invited each of the female economics faculty members to meet with them for a Q&A session, and held a workshop with a panel of female economists from different campuses.

“It’s been astounding how Neil and Lucie have grown the group in a meaningful way in a short period of time,” says Freedman. “They are bringing together grad students and keeping at the fore pressing issues facing the field as a whole. It’s been a game-changer.”

Bennett and Lebeau received support from the UCI Department of Economics and the School of Social Sciences to fund their speaker series and a day-long conference, which included a keynote speech from Shelly Lundberg, the ​​Leonard Broom Professor of Demography &​ Distinguished Professor of Economics at UC Santa Barbara. This spring, the duo was recognized with the department’s service award for their efforts.

“Personally, this group boosted my own confidence to think about myself as an economist and researcher,” Bennett says. “Plus, with that network of other women economists, I feel a lot less alone and less isolated. The world is changing.”

When Bennett completes her doctorate, she hopes to land a job as an economics professor and continue her socially relevant research on the economics of migration. When she does, she will likely face some inequalities and biases in the field, but she feels prepared to navigate them. And in doing so, she will also serve as a role model and mentor to other women in the field of economics who may also be wondering if this is the right career path for them.