The power of education 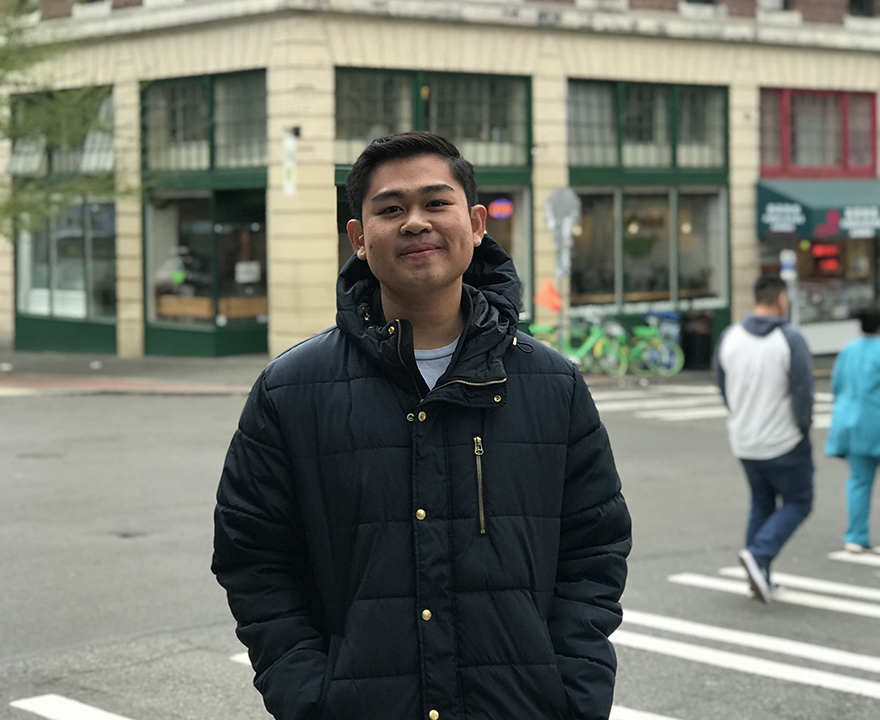 The power of education


Senior Khang Do has a big decision to make. He’s been accepted to graduate programs at Yale University, New York University, UCLA, UC San Diego, UC Davis, and UC Irvine and has been taking a tour of his potential graduate schools in an effort to decide which program will be the best fit. He’s been accepted to master’s and Ph.D. programs in disciplines ranging from business (at UCI) to international studies and political science. As he gets ready to graduate with degrees in international studies and history, Do’s success at UCI has provided him with a lot of options. And while this is a good problem to have, it doesn’t make the decision easy.

Getting out what you put in

Do is driven more by genuine curiosity than by blind ambition (although he’s ambitious too). This passion is what motivated him to enroll in what seemed to be a crazy course load last year. Do took the maximum number of course units (28) in which a student is allowed to enroll. When asked why he was motivated to sign-up for seven courses when full-time status is three, he sums it up in one word: “Excitement.”

As the president of the International Studies Honor Society, Do met newly recruited faculty as the international studies program was transitioning to a department. The more faculty he got to meet, the more excited he became about their courses. He was so excited, he signed up for as many courses as he could.

One of the faculty Do was excited about was global and international studies teaching professor Philip McCarty, under whom Do would study and eventually be hired as a reader. “His level of involvement and engagement was so impressive to me. He seems to have recognized what a privilege it is to study at a top-ranked research university and has made the most of his undergraduate experience in every conceivable way. He’s demonstrated that you get out of your university experience what you put in,” says McCarty.

Making the most of it

With taking 28 units one quarter and taking 24 units the other two, one might expect Do’s grades to slip from the heavy workload. Instead, his GPA was so high (the top one percent of all majors in the country) he was inducted into Phi Beta Kappa, the oldest and most prestigious honor society in the nation.

In addition to the enormous course loads, Do spent a year working on his honors thesis on Vietnamese, Chinese, and American relations, an experience he describes as “really fun.” He was an Undergraduate Research Opportunities Program (UROP) fellow and was invited to present at the end of the year symposium. He participated in the Global Leadership Certificate Research Program to help boost his leadership skills and he helped write and edit chapters of a textbook about cartography for history professor Patricia Seed. He founded the Vietnamese language club in effort to help revive student interest in the language. He also studied French and hopes to learn Chinese or another East Asian language in the future.

“On top of all his accomplishments, he’s really nice and a wonderful person to work with,” says McCarty.

Do was born in Vietnam and moved to the United States in high school. The most significant way he feels his upbringing differs from those of his classmates is that he grew up in what he calls a “very politicized environment”. The background chatter of his childhood was not Saturday morning cartoons or Disney movies, but political discussions that grew out of pouring over newspapers. “I remember my parents explaining to me that in order to do business and politics in Vietnam, you have to bribe people. This scared me. A big reason why I’m interested in politics is that I’m still trying to understand why this is. Because politics are everywhere, not just on a macro level. It affects small things, from the food we consume to the bottle of water we drink.”

A weapon for change

Do is driven primarily by idealism. “International studies has been a lens for me to understand inequality and human rights violations around the world. It teaches young people compelling social values. The major has caused me to shift my ideology. I’m motivated to pursue higher education so I’m better equipped to confront these challenges,” he says.

Just as he credits his parents for sparking his interest in politics, Do also credits them for inspiring his passion for education. Before going into business in the United States, his parents were educators in Vietnam. “My dad was the first person I talked to about politics. Both of my parents had a great impact on my interest to study politics and pursue higher education.”

And while Do weighs the many opportunities he has before him, he knows that eventually, he’d like to go into governmental diplomacy and then into academia. With the power he sees in education, it seems fitting that academia will be his eventual home. “Education is a weapon for change,” he says. “An education is needed to change anything. My ultimate goal is to give people access to education in every corner of the world. I’d like, somehow, to make the world a better place, from the smallest change to the most tremendous ones.”