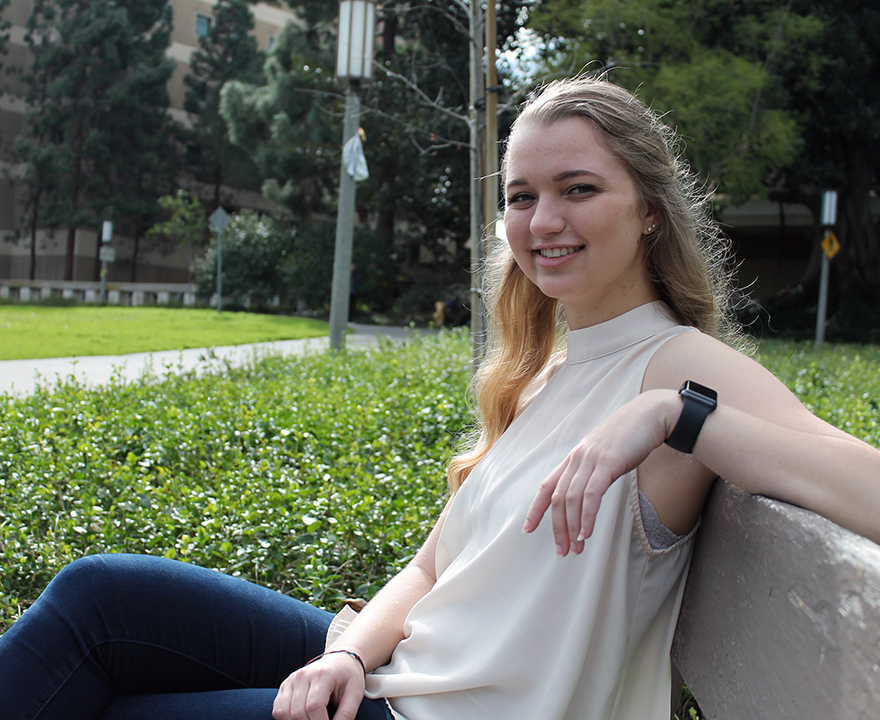 I decided to come to UCI because it provided the largest range of opportunities for me. The school accepted most of my AP credits which allowed me to finish two degrees in four years. The university also gave me a Regents Scholarship which was a financial incentive as well as guaranteeing housing and priority enrollment. All these factors combined led me to choose UCI since I would have more control over my academic studies. In hindsight, the opportunities in research should have also been a large factor in this decision since research is everywhere. I took advantage of these opportunities and I do not believe I would be the scientist that I am today if I had chosen another school to attend for my undergraduate studies.

My primary field of study is cognitive sciences with a specialization in cognitive neuroscience. When I was in high school, I discovered that I had a brain lesion. I knew very little about the brain at the time and I wanted to know more about my condition. But I found that the more I learned about neuroscience, the more questions I wanted answered outside of my own condition. My second field of study is informatics with a concentration in health informatics. My father is a computer programmer, so I grew up around computers and always wanted to learn how to code. Once I started, I couldn’t stop.


Tell us about your research.

My current research is in collaboration between the Bayesian Cognitive Modeling Lab and the Translational Neurobiology Lab developing hierarchical Bayesian cognitive models for the behavioral data generated by mnemonic discrimination tasks. These tasks test for pattern separation in the object, spatial, and temporal domains but have not previously been studied with consideration for potential memory and decision-making processes these subjects may use. My research implements several cognitive processes using Bayesian hierarchical modeling and predicts an individual’s performance if more trials were presented to the subject as well as predicts the performance of a completely new individual based on their demographic or neuropsychological data.


What are your plans after graduation in June?

I will be attending Washington University in St. Louis this fall pursuing a Ph.D. in neuroscience. I will be conducting research in computational neuroscience and hope to eventually obtain a position as a professor at a research university where I can lead my own lab and mentor young neuroscientists.


What would you consider your biggest accomplishment at UCI?

My biggest accomplishment was finding a home in two research labs. I’m able to lead my own research project and introduce Bayesian cognitive modeling to neuroscience research conducted at UCI. I didn’t believe this opportunity would be possible at an undergraduate level, let alone for someone who began conducting research less than two years ago.


Last year, I received Phi Beta Kappa as a junior. This year, I am the President for UC Irvine’s chapter of the National Honor Society for Neuroscience (Nu Rho Psi). This year I was also accepted into three graduate programs to pursue a PhD in Neuroscience.


What activities have you been involved in while a student at UCI?

I have been a part of the University of California, Irvine’s chapter of the National Honor Society for Neuroscience (Nu Rho Psi) for the past three years and I am president in my senior year. I have worked with my board members to restructure the organization to develop the next generation of neuroscientists and shape their career trajectories by providing immersive research, training, and community outreach. Every month, members dive into the research of one neuroscientist on campus through a series of journal clubs, colloquia, lab tours, and faculty luncheons. Members additionally visit local high schools to teach students about various topics in neuroscience and generate interest in the field. Additionally, I am a CNLM Ambassador in the Professional Development Committee.


Who has been your role model and why?

My sister has played an important role in my life though she may not realize it. She had a perfect academic record and every year I was labeled “Nikki’s sister” by my teachers. While I used to see this as living in her shadow, I now realize it was a driving force for my own academic achievements. Having a sister who excelled in everything she did only drove me to put that much more effort into my studies. She wasn’t looming over me but was instead at my side supporting me the whole time.


Where can you most often be found on campus?

More often than not you can find me in BS3 1400 at my desk in the Translational Neurobiology Lab.


What’s your best memory thus far from your undergraduate experience at UCI?

I don’t have a single best memory at UCI because every year has brought new experiences with it. I met my best friend my freshman year. I was promoted at work my second year. I started research my third year. I helped make a community of young neuroscientists my fourth year. These experiences can’t be compared.