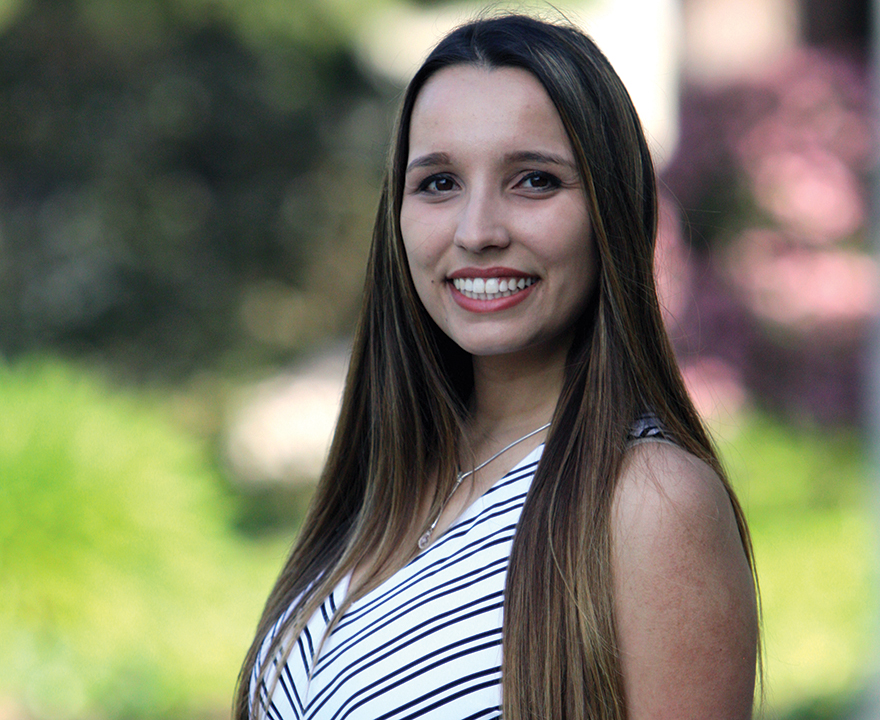 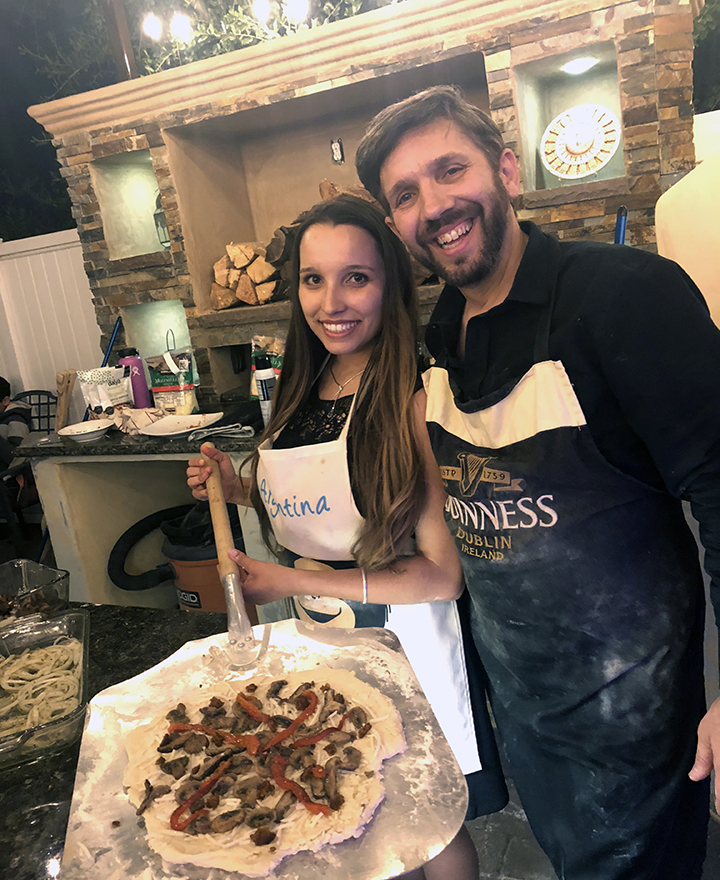 Erin Costigliolo is a big fan of historical fiction – the type involving time travel, romance, and a healthy dose of plot twists. And as a four-year commuter student traveling 90 miles a day round trip to campus, audiobooks provide a welcome escape from the noise and nuisance of Southern California traffic.

“On a good day, I spend about two hours on the road,” she says, noting that her electric car helps her shave off time in the carpool lane while making the environment a little happier – something she cares deeply about.

While many students might have opted to live a little closer to campus, Costigliolo says her commute from Glendora gives her the best of both worlds – the opportunity to earn a world-class education at a top-ranked institution while staying close to home where she makes pasta from scratch with her dad, mom, and sister every Sunday (and pizza on Thursdays). And luckily, her favorite audio series – Outlander – includes eight books, one that’s 55 hours long.

In June, Costigliolo will graduate with campuswide honors, double honors – and completed theses – in both her economics and environmental science majors, and a nearly 4.0 GPA. She earned induction into the Phi Beta Kappa honor society as a junior – something very few students achieve – and she’s the campus nominee for both the Harry S. Truman and Udall Undergraduate scholarships. Of the roughly 2,000 social sciences students who will receive their bachelor’s degrees this year, she’s one of only two students selected to be a school commencement speaker. And as her undergraduate experience draws to a close, she reflects on how food, family, and a love of fiction fueled her Anteater experience – and why she’s planning to extend her commute to UCI a little longer.

A little bit of history

In the Costigliolo household, food and family go hand in hand. Since before Erin and her sister were born, her parents have followed an all-vegetarian diet. Meal times growing up were – and still are – a family affair as the foursome finds new recipes while perfecting the old, all with a vegetarian flair. In high school, the Costigliolo home was the site of many late night study groups fueled with fresh fare fixed by Erin’s father.

But having eating habits that differed from her friends meant she spent a lot of time early on learning about what she was putting into her body, and why.

“I remember in elementary school having to defend myself and my food choices to my classmates, so I really educated myself on the values of a vegetarian lifestyle,” she says. She shared what she learned in a fourth grade school project on the environmental and health dangers of methane emissions from cows. The research cemented her vegetarian way of life.

“Being a vegetarian – and now vegan – became part of my identity,” she says.

In middle school, her family – all of whom are history buffs – went on a colonial tour of the East Coast. They visited a tavern in Philadelphia where the Founding Fathers would convene after meetings and share meals together. “We were reading some of the recipes they penned and I was so surprised to see one on tofu by Benjamin Franklin. I had no idea the Founding Fathers knew what tofu was or how to make it!” She also got to see “Hamilton” on Broadway, which marked off a major bucket list item.

In high school, she gravitated toward science and math – areas in which she excelled. Her environmental interests and advocacy also advanced. She joined Greenpeace and quickly developed a knack for going door-to-door on the organization’s behalf.

“Canvassing for a cause is a great way of reaffirming why you’re passionate about something,” she says. “When you talk to people everyday about a topic, you learn more about why you care and why it’s important.”

When it came time to choose a university that fit her educational interests and environmentally conscious lifestyle, Costigliolo fell in love with UCI and its natural beauty.

“Anytime I need a break, there are so many beautiful outdoor areas I can walk through and feel a sense of calm,” she says. “Aldrich Park is my favorite spot.”

Double majoring in environmental science and economics provided a way to combine her passions while giving her an outlet through which she plans to effect change.

“Environmental science teaches us about why the earth system works the way it does and how that affects people,” she says. “Economics gives us the tools to understand choices and move culture and society forward through policy, so combining the two makes sense for wanting to impact sustainability through policy.”

As a freshman, she was accepted into UCI’s Campuswide Honors Program, which put her on track to pursue academic research. She’s now finishing up two honors theses on the rebound ratio of food waste and the social cost of animal protein production. The studies represent her most proud accomplishments at UCI.

“Research allows you to go from absorbing information presented in class and textbooks to going out and trying to find your own information,” she says.

After graduating in June, she plans to con­tinue pursuing research as a doctoral stu­dent with a focus on public and environ­mental economics. She was accepted into two Ph.D. programs – including UCI’s, which she committed to in April. So her June com­mencement address will cap off an excellent undergraduate career, but not the end of her time as an Anteater. And that’s just fine with her.