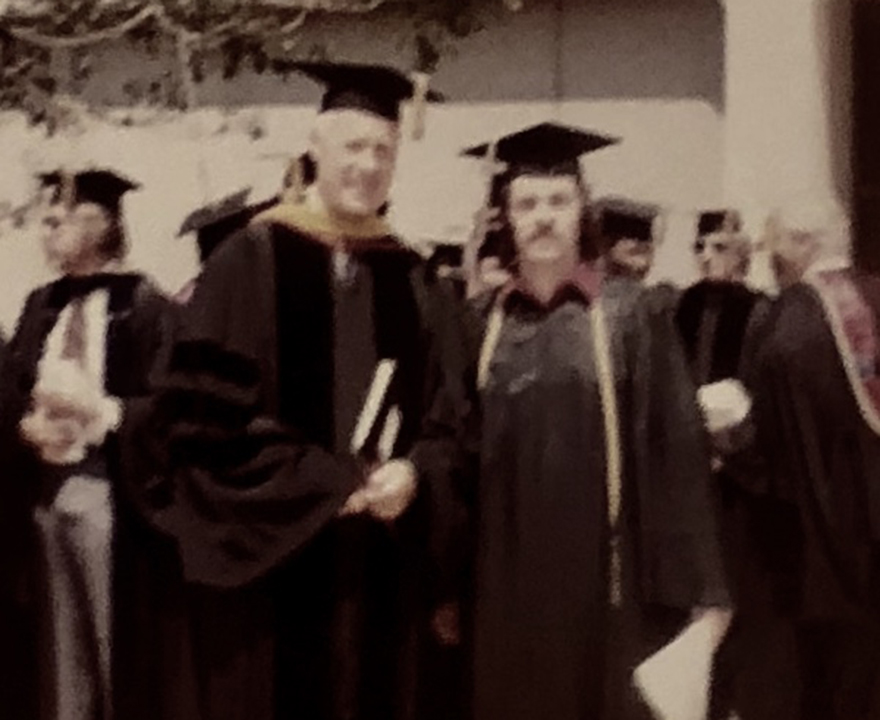 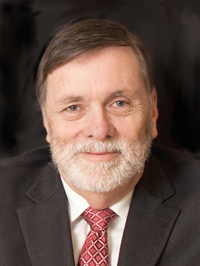 Bill Delvac is feeling nostalgic these days. At age 63, he jokes that it’s the 50th anniversary of his 13th birthday.

“I am still young enough to remember, but old enough to want to reminisce,” he says.

With a successful career as a lawyer, philanthropist and active alumnus who gives back to his UCI alma mater, Delvac doesn’t often find time for this type of reflection, but when he does, 1968 is always where he goes. Delvac turned 13 that year.

1968 was the year Martin Luther King, Jr. and Robert Kennedy were assassinated and the year President Lyndon Johnson signed the Civil Rights Act. In 1968, the peace movement gathered steam, as more and more Americans came out against the Vietnam War. 1968 was the year the Beatles’ The White Album was released and the year the movie, Planet of the Apes, was projected across movie screens. (The fourth installment of the original Planet of the Apes series, Conquest of the Planet of the Apes would be filmed at UC Irvine’s School of Social Sciences a few years later.)

“The music and culture were incredible. It was such a tumultuous year of great and terrible things,” Delvac says.

In 1968, 13-year-old Bill Delvac was “stuffing envelopes” for Eugene McCarthy’s presidential campaign and delivering newspapers, which he also read. 1968 was also the year of encyclopedias. When Delvac had questions about history or important events, his mother would tell him to look it up, to read up on the subject first, and then they’d have a discussion. “What I would have given for the internet and Wikipedia in 1968,” he says.

“My mother was brilliant,” Delvac says. “She practically read a book a day. She should have been a lawyer.”

It was his mother’s political interest and acute sense of right and wrong, in combination with his father’s work ethic that have worked as guiding principles in his life.

“My dad worked 16 hours a day, and a half day on Saturday every week of his life and never complained.”

Today, Delvac is a lawyer specializing in land use, historic preservation, and affordable housing law. His former and current clients are a list of Los Angeles landmarks: the STAPLES Center, L.A. Live, the Academy Museum of Motion Pictures, the Coliseum, the Rose Bowl, the Greek Theater.

He also somehow manages to make time for non-profits. He founded the Hollywood Community Housing Corporation, which develops affordable housing and provides supportive services for low-income families, and has served on the board of directors of Equality California, Partners for Sacred Places, Shelter Partnership, LA Community Design Center and Homeless Health Care of Los Angeles. He also serves as a member of the Dean’s Leadership Society, the network of supporters committed to boosting the growth and prominence of the School of Social Sciences.

“I thought it was fair to give back at least the amount I received in scholarship,” he says and is a strong believer in the “strength and cohesiveness of the alumni.”

“There were only 3,000 total students and about 300 in the School of Social Sciences. The campus was open literally and figuratively,” he says. “It was a place where you could do creative things. It was the first time in my life people stopped telling me I couldn’t do something.”

During his undergraduate experience at UCI, Delvac was the student project director of an NSF research grant on grade inflation in the UC system. (“More impressive than the results of my study, is that today you can look up studies online from forty years ago.”) As part of a class project for his mentor, professor Michael Butler, he led a public opinion poll for the 1974 California governor’s race in Orange County, which predicted the results by a close margin. Even though he was just an undergrad, he was hired as a TA to teach quantitative methods. He was selected to be a Regent Scholar. He graduated summa cum laude.

But all of this almost never happened. With all of his accomplishments, it’s hard to believe that Delvac was first rejected from UCI. According to Delvac, he had to talk his way in.

In high school, he was busy working on various political and Get Out the Vote campaigns. At 17, he ran a school board race. On his 18th birthday, he was appointed to the Democratic State Central Committee.

“I was a precocious kid. I thought I was changing the world and I got paid to do it.”

The downside was that his political involvement didn’t leave much time for geometry. While he received good grades on tests, he failed to turn in his homework. His teacher gave him a choice: turn in all the back homework and get the A he was earning on the tests or, if not, get out of the class with a D. That was the end of high school math for him (and almost the end of his plan to attend the University of California).

He and his high school thought it was best if he skipped 12th grade. After he attended a community college, Delvac applied to the UC system. When he was turned down by Irvine for not having the math prerequisites, he called to ask about the appeal process and was told there was none. But he didn’t let that stop him from trying. Like the lawyer he soon would become, he talked to people and persuaded them. In 1973, he enrolled at UCI.

Perhaps this is why Delvac is nostalgic.

“I’m keenly feeling the great breaks I’ve had in life,” he says.

In addition to all the success that has come his way, he’s recently found another reason to be grateful. A year and a half ago, he was married and couldn’t be happier.

“UCI taught me about the serendipity of life. If anyone told me I’d be a quantitative social sciences major after my math debacle, I would have said they’re crazy,” he says. “Let the path find you, even if you think you know where you’re headed. Be open to what you see along the way. This can lead you, ultimately, to a more fulfilling place.”