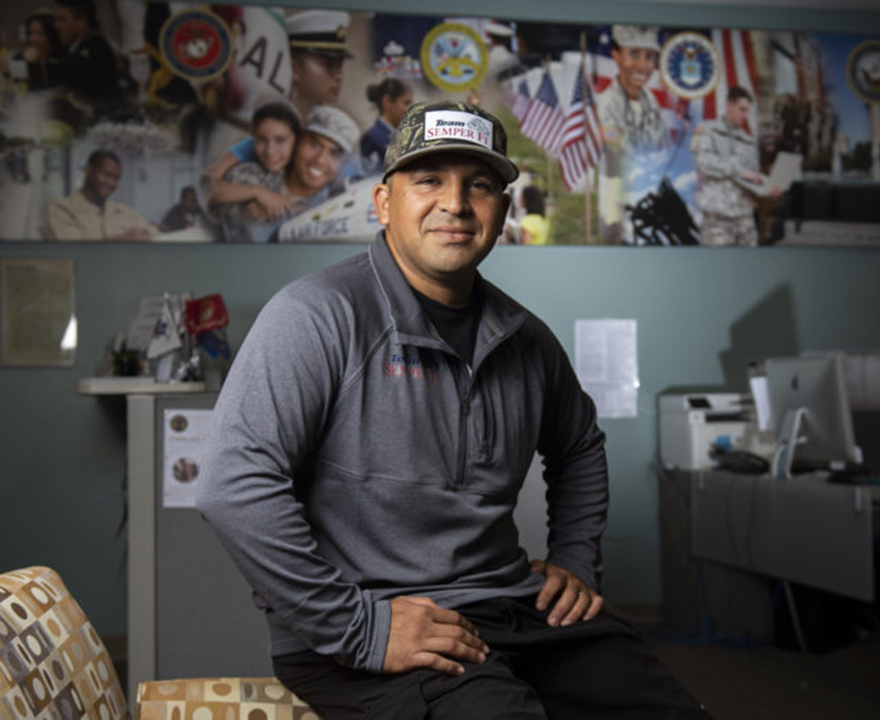 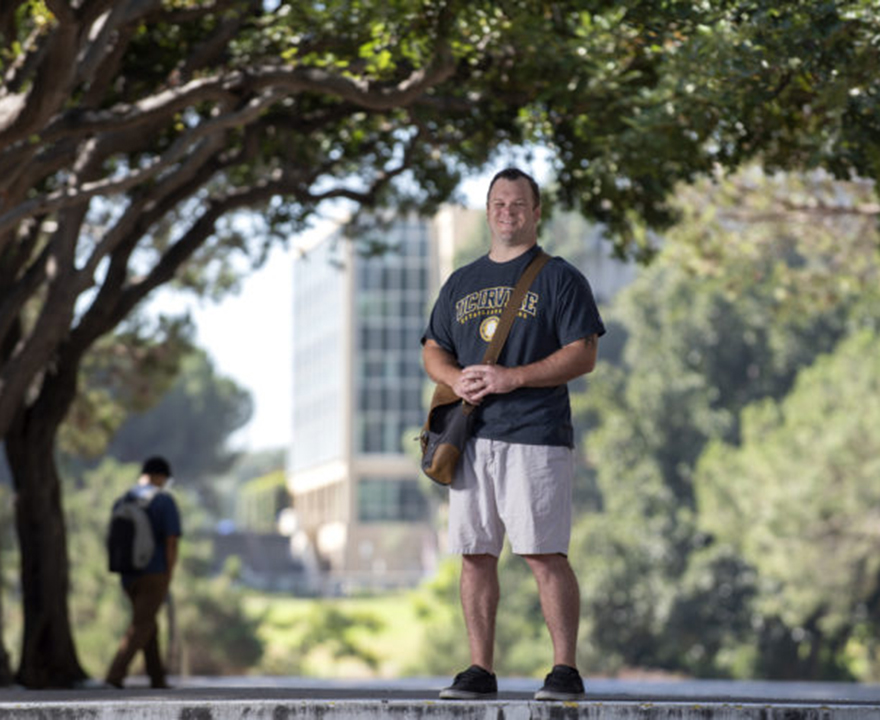 Navigating the cultural transition from military to civilian life can be emotionally and financially challenging, as well as fraught with such practical concerns as housing, employment and education. UCI prides itself on serving those who have served, creating a welcoming environment that supports both their social reintegration and their higher education.

In fact, the university is ranked No. 13 nationwide on U.S. News & World Report’s current list of best colleges for veterans and was named a “top veteran-friendly school” in the summer 2018 issue of U.S. Veterans Magazine.

UCI is one of only a few institutions in the country to guarantee housing for veterans and their families, and it extends priority registration to them as well. The Veteran Services Center helps more than 800 military-affiliated students obtain the academic benefits to which they’re entitled; hosts an annual veteran appreciation week in November and a veteran appreciation dinner at the end of each school year; offers a “Veterans in Higher Education” course; and supplies information on campus resources, internships and monetary awards.

“These scholarships from our generous donors provide the support necessary for our veterans who are only a quarter or two away from graduation,” says Jane D. Killer, assistant director of the center. “Through them, UCI has the opportunity to give back to a population that has served our country unconditionally by helping them achieve academic success.”

Among the veterans benefiting from these amenities is Shaun Whitecavage, a 34-year-old fifth-year student in social policy & public service. The son of a Marine Corps sergeant, he was in the Marines for 10 years, rising to the rank of staff sergeant before suffering a military career-ending knee injury. At the time, he says, “I had my wife and a newborn son, and I didn’t really have any job opportunities, so I enrolled in community college.”

Three years later, Whitecavage transferred to UCI, largely because of the guaranteed housing. He received a Brython P. Davis Scholarship – for students with a parent who served in either the Marines or the Navy – which enabled him to dedicate himself fully to his education.

“I’ve got two kids at home, so any little bit helps,” Whitecavage says. “If I’m in school and they have to go to daycare, it can be very expensive. I’m a full-time student, so I’m not working, and that scholarship helps with daycare, groceries, paying rent and all that.”

Fellow veteran and UCI fourth-year student Eric Perez, 36, grew up in Santa Ana watching his peers succumb to gang life and end up in prison. Intent on a different future, he joined the Marine Corps at 21. After leaving the service, Perez enrolled at Norco College in 2013. He later transferred to UCI, majoring in both sociology and Chicano/Latino studies. He received a Military Student Bridging the Gap Scholarship, intended to help cover the difference between GI Bill benefits and the actual cost of higher education.

“The financial support allowed me to volunteer with veterans over the summer, which was empowering and motivating,” Perez says. “There, I was able to share my military experience and educational journey.”

Because he drives to campus from Perris, Perez also uses the funding for gas and toll road access, which keeps his commute under two hours – and keeps him sane.

Both men hope to eventually work in veterans affairs offices, helping others like them adjust to civilian – and perhaps collegiate – life.

It’s this spirit of giving back that permeates UCI’s approach to its student veterans.

“They bring a unique and valuable perspective to the campus community. The leadership skills and strengths they’ve gained in the military are real assets,” says Adeli Duron, director of the Veteran Services Center. “Student veterans often have different life circumstances – being married, having children, supporting a mortgage – and don’t have the time to always attend traditional campus events, so our center emphasizes what we can do for them in other ways, like scholarships, guaranteed housing and priority registration.”