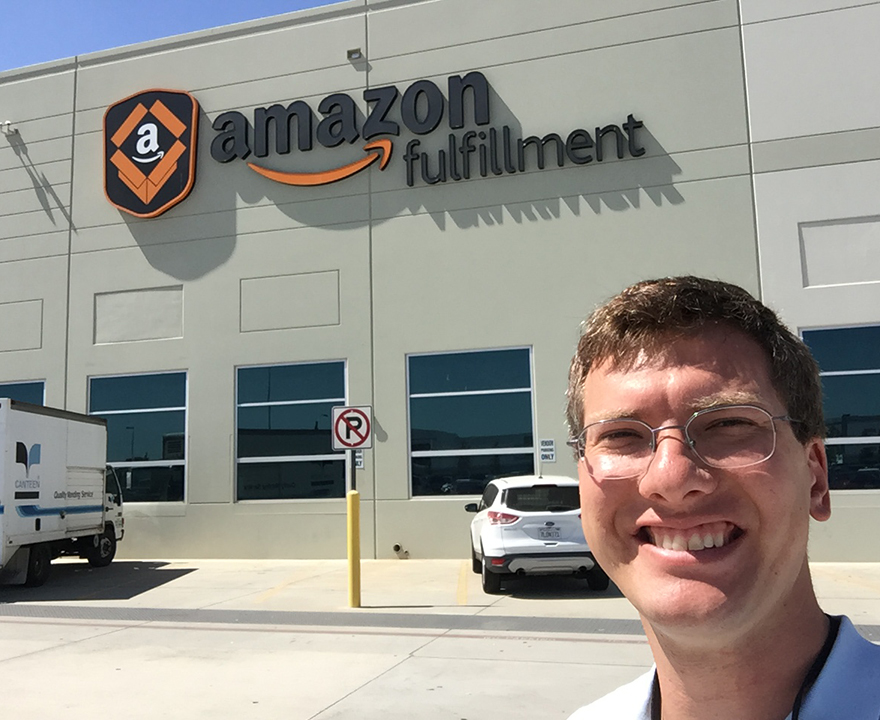 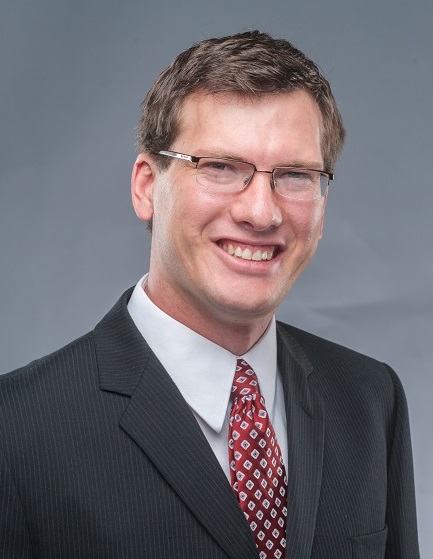 Most of us take for granted how, with a few clicks, a package is delivered to our door. We don’t think about the complicated algorithm it takes to prioritize delivery dates and optimize the supply chain. Nor do we appreciate the challenge of allocating resources, managing large numbers of employees, maintaining the incredibly complex machine that gets the item you ordered from a warehouse to your door in two days, or one day, or, in some cases, a few hours.

As a Senior Operations Manager at Amazon, alumnus Ben Bohr thinks about these things a lot. He oversees operations at an over 1 million-square-foot fulfillment center in Southern California, which ships out millions of customer orders per week. And the job seems tailor made to his interests and strengths. Yet had you asked Bohr during his time as an Anteater where he’d see himself by now, he’d have said a university classroom teaching and an office pursuing professorial research. But sometimes, the path to your destination can take you on an entirely different track, and for Bohr, he’s grateful to UCI for opening up so many different routes.

At first glance, Bohr’s path to a career in operations isn’t clear. While an undergraduate at UC Irvine, he majored in political science and global studies.

“When I was an undergraduate, I would have never dreamed the job I have now existed,” Bohr says.

Like many young people, Bohr heard the advice “follow your dreams,” and in many respects, he did. He pursued his passion for travel and history and studied abroad twice. He served as president of UCI’s Model United Nations and led his team to a conference in Turkey, where they were the only delegation from the United States. (One reason Bohr wanted to become president was so that he could decide which conference the team would attend.) He served as the primary research assistant for two revisions of a political science textbook. He helped develop and teach high school curriculum designed to raise awareness of global affairs for the Waldorf School of Orange County. He served as a resident advisor during his junior year. He found opportunities he was interested in and pursued them while also excelling in the classroom (he was UCI’s Outstanding Freshman (Aeberhard Award) in 2006 and Outstanding Junior (Aldrich Award) in 2008).

As an undergrad, Bohr was inspired by his political science professors’ passion for their work, so when he finished his bachelor’s degree, he decided to follow in their footsteps. He applied and was accepted into a competitive Ph.D. program at UC San Diego where he enrolled and began his doctoral studies. For years, he had been certain he was going to be a political science professor, but soon after he arrived at UCSD, he began to doubt his choice.

“When I figured out that I didn’t want to be a political science professor anymore, the framework of ‘follow your dreams,’ didn’t provide any actionable insight,” he says.

Instead, Bohr concentrated on his strengths. He discovered he was good at statistics and was able to change his focus.

“I doubled down on my analytical skills to become more competitive on the job market,” he says. Instead of following what had been his dream, Bohr found it was better to follow what he had a knack for.

After receiving a master’s degree from UCSD, he worked for an economics consulting firm. He loved the intellectual challenge of the work, but came to realize that he wanted a job that leveraged his skills collaborating and managing people, and ultimately left to pursue an MBA at MIT’s Sloan School of Management.

It all started on Halloween

In retrospect, Bohr sees how his education and work experiences have led him to a career in operations at Amazon. As a freshman within the Campuswide Honors Program dorm, he rallied his fellow residents to participate in the Halloween haunted house competition.

“I asked the arts majors to help with decorations. I asked the engineering majors to work on structures. It sounds trivial, but I got a thrill from orchestrating it. At the time, there were three arts-focused dorms and they’d always win first, second, and third place. But that year, we came in second and it seemed like a pretty cool accomplishment for a bunch of nerdy honors kids,” he says.

“I find it fascinating that the biggest lessons aren’t often the ones you think you’re learning at the time,” he says. “It’s often the soft skills, the experiences - the things you can’t learn from a book - that are the most important.”

When he was a resident advisor during his junior year, Bohr felt in many ways, “like the primary caretaker to a lot of students’ experiences. I realized how gratifying it was to develop programming that helped make small improvements to their lives.”

In a way, it was a lot like what he does now. While much of Bohr’s job appears to be about analytics (and it is), the other facet of his job is about people. He indirectly manages several hundred people and Bohr thinks a lot about how to make sure they feel valued, motivated, and safe. It’s the people behind the numbers that gets him the most excited.

“If I can come up with the right model to improve someone’s work life, that’s very thrilling,” he says.

Another lesson Bohr learned while an undergraduate at UCI was when he served as the primary research assistant for professor Jim Danziger who was rewriting his textbook. At the time, the biggest thing Bohr hoped to take away from the experience was (he confesses) a good letter of recommendation.

“I ended up learning a lot about project management, even if it was on a small scale,” he says.

When your strength becomes your passion

Bohr thinks a lot about work, even when he doesn’t realize he’s thinking about work. He’s really into playing strategic board games. His favorite is called Agricola (Latin for farmer), and in the game, players act as 17th-century farmers by plowing fields, building stables, and buying livestock to expand their farms and feed their families. At the end of the game, the players calculate their score based on the size and prosperity of their household.

So Bohr spends his free time playing a game that is all about worker placement and resource management - play that sounds strikingly similar to his work.

“You know, I hadn’t made the connection until I verbalized it,” he says laughing.

So whatever his track to get there, it seems Bohr landed right where he was meant to be.