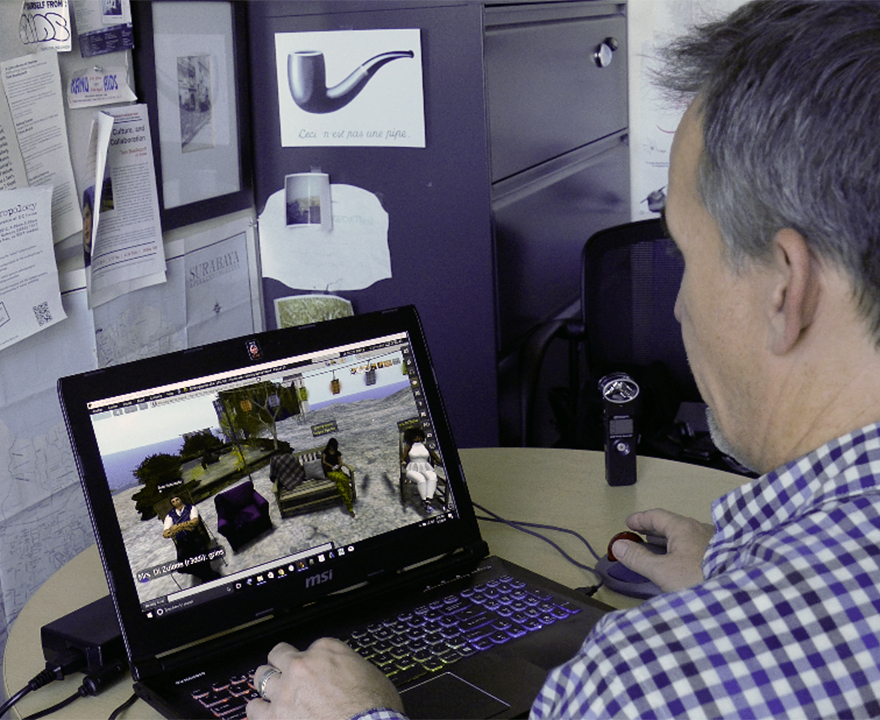 
In the 15 years since Second Life hit the market, the online virtual world has given more than 15 million registered users the ability to transport and transform themselves in a space designed completely by the avatars who call it home. While receiving less publicity in recent years, roughly half a million users still log significant “inworld” hours – and an estimated 40-60 percent count themselves as disabled.

This statistic shouldn’t be surprising, yet for many—including those tasked with creating the next new “thing” in the tech world—it is, says UCI anthropologist Tom Boellstorff.

“Billions of people use online environments—social networks, games, virtual worlds—take your pick,” he says. “Around 20 percent of the world’s population is classified as disabled. And since humans first picked up sticks to use as canes and crutches, disabled persons have been at the forefront of technology innovation, so it’s natural that they would be doing creative things in virtual worlds, too.”

But technology isn’t often designed with these specialized needs in mind. And that’s something Boellstorff—through academic research in the virtual and physical worlds—is hoping to change. It’s a case he made this spring in Silicon Valley when he met with Second Life creator Philip Rosedale and his team at High Fidelity; with Ebbe Altberg, the head of Linden Lab which runs Second Life; and in D.C. before multiple members of Congress, several of whom determine levels of National Science Foundation funding which have supported Boellstorff’s work. It’s also the focus of a new documentary highlighting how online worlds facilitate deep connections for disability communities. And that’s where Tom Bukowski’s story picks up. 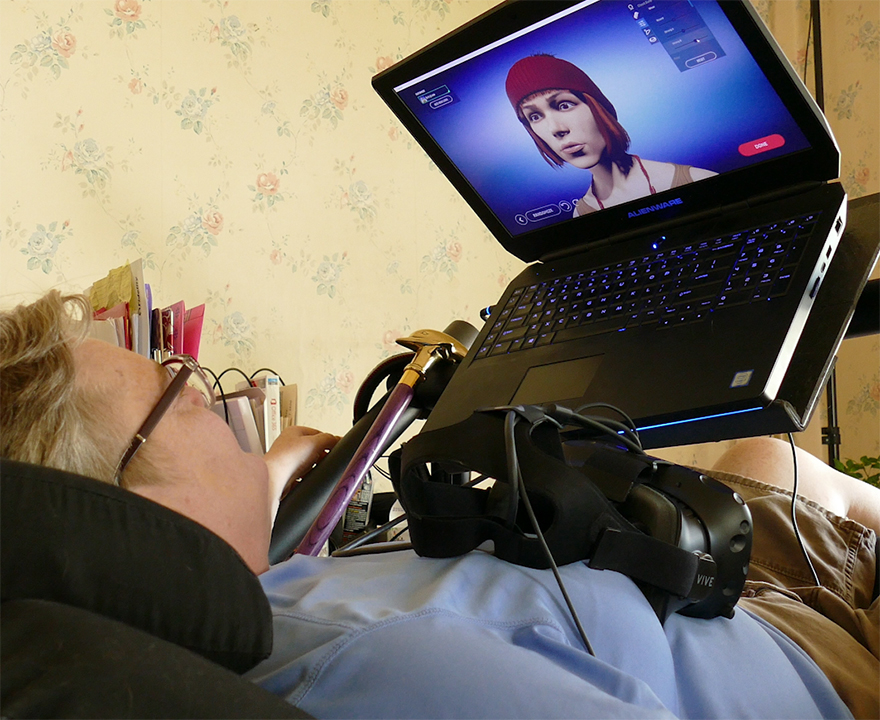 While pursuing his Ph.D., he completed an extensive ethnographic study of the lives of gay men in Indonesia which was the focus of two subsequent books. So when he was looking for his next big project, the Stanford-trained anthropologist set his sights on a new challenge: virtual worlds. He took all of his ethnographic experience to the new realm where he says many of the same participant observation study methods he’d previously employed applied.

“I observed people in action as avatars and conducted interviews as one myself,” he says. “What I really liked about Second Life and what drew me in as an anthropologist is that you can change everything about yourself, from your environment to your clothes to your entire embodiment. You can literally be a fridge if you want to.”

For Boellstorff, the goal was to blend in, observe and when appropriate, interview, so rather than appearing as a vampire or a cat or an inanimate object like a fridge, his default avatar looks similar to his physical-world self—a white male with brown hair and a goatee. But he has updated his avatar over the years and has been known to show up to Halloween parties in Second Life as a robotic cat or a jellyfish. 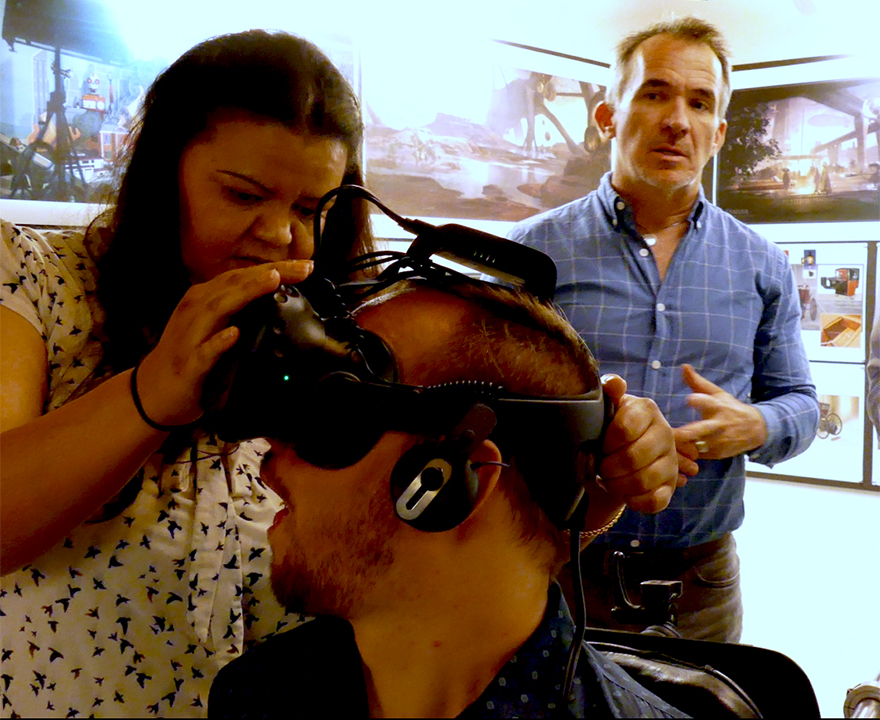 Cody LaScala is another person Boellstorff has met through Second Life. LaScala is a 30-year-old who experienced a near-death drowning on his first birthday, and has been confined to a wheelchair with a round-the-clock caregiver ever since. LaScala uses adaptive technology and the help of his caregiver, Cecii Zapien, to actively participate in Second Life. While some people use the nearly unlimited avatar options possible in Second Life to make themselves appear different from their physical-world selves, LaScala’s purposely mirrors his physical-world self.

“I see myself as someone who has a little different abilities – I don’t see myself as disabled,” he says. “My avatar means everything to me. It means I can do whatever I want, and there’s more power to me in having it resemble the physical me.” 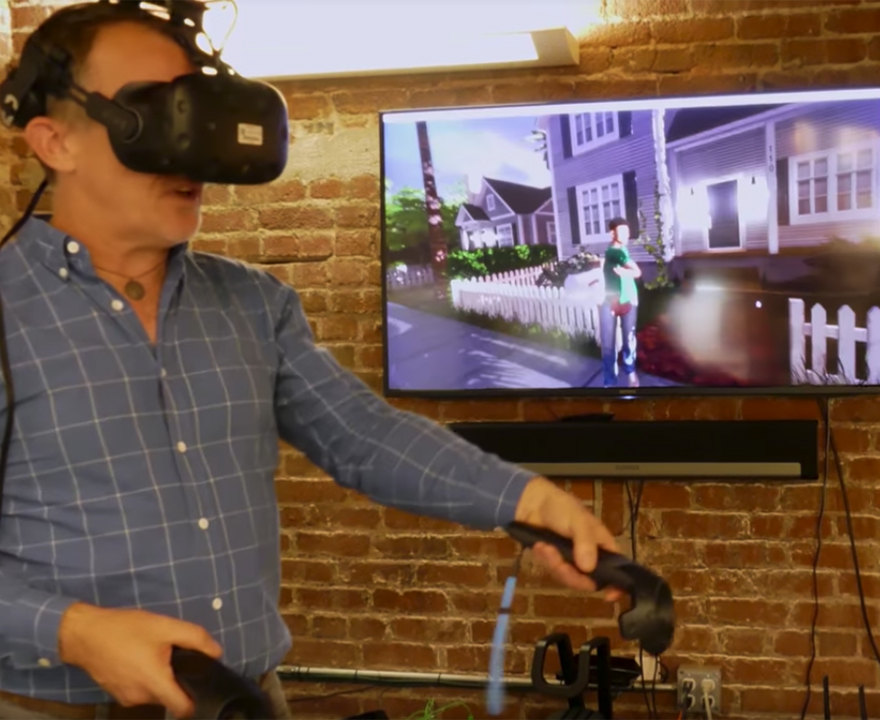 The documentary debuted at a Congressional meeting that was part of the 2018 Coalition on National Science Funding Exhibition and Hill Day. Boellstorff was one of several social scientists who got to showcase his work—considered as “blue sky” research for which the practical benefits may not be immediately apparent—and thank Congress for their support.

“We know from experience that it is precisely basic research that often leads to innovations of lasting societal impact,” he says.

LaScala also made the trek—with Zapien—and participated in a Q&A about his experiences using virtual worlds, discussing how they provide vital social connections and new personal and economic opportunities for disabled people.

Boellstorff’s hope is that by sharing this research and the stories of those whose lives have been changed by the possibilities virtual worlds provide, the technologies of tomorrow will be designed with the disabled community in mind, and “blue sky” funding will continue to be available to pursue the unknown.

-photos, courtesy of Bernhard Drax, from top down: Boellstorff in his office while conducting research in Second Life. Shyla spends time inworld with the help of her specially designed chair. Zapien helps LaScala with his VR glasses while Boellstorff and team are meeting with technology makers in Silicon Valley. Boellstorff demos new VR technology.