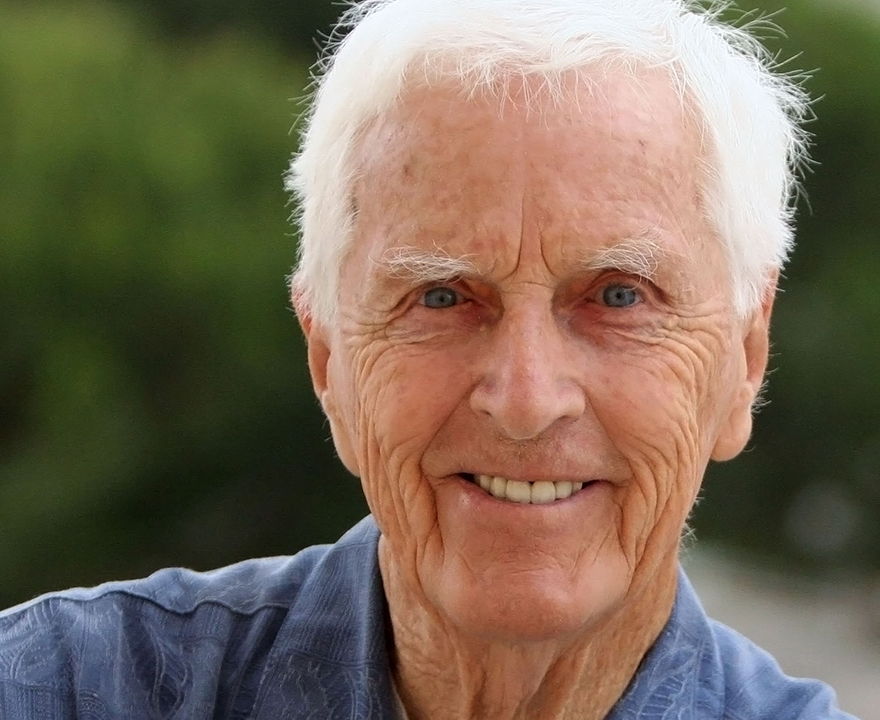 Freeman served as dean of the UCI School of Social Sciences from 1979-82. He retired from UCI in 1994 and continued on as a research professor in sociology, teaching courses in social network analysis. Prior to his UCI service, Freeman held professorships at Syracuse University (1956-67), University of Pittsburgh (1967-69), University of Hawaii (1969-73) and Lehigh University (1973-79) where he was the Lucy G. Moses Distinguished Professor of Sociology.

Freeman was a mathematical sociologist whose research focused on social network analysis. He used formal models and network analyses of empirical data to answer questions about how and why groups form. He was author or coauthor of 17 books and more than 100 scholarly articles that appeared in a diverse array of journals including the American Anthropologist, Social Cognition, and Social Forces, to name a few.

Freeman was born in Chicago in 1927 and grew up near the University of Chicago. He was named after the anthropologist Ralph Linton, one of his father’s closest friends. As Freeman told the story, Ralph was doing field work in Madagascar at the time of Freeman’s birth, and his father “somehow managed to embrace a very quaint Victorian notion that it was perfectly all right to take a person’s last name without asking, but you could not take their first name.” So, instead of Ralph Freeman, we had Lin Freeman.

Freeman received his bachelor’s in psychology and sociology from Roosevelt University, his master’s in sociology and anthropology from the University of Hawaii, and his doctorate in sociology from Northwestern University. His early career is marked by major contributions to the study of community decision making and leadership, research done at Syracuse University in collaboration with Morry Sunshine, Sue Freeman, Tom Fararo, and Warner Bloomberg.

Late in his long career, Freeman outlined his own view of the history of the field in an influential book, The Development of Social Network Analysis: A Study in the Sociology of Science (2004). Written in response to the then-fashionable notion that the study of social networks was a “new science,” he mapped out the development of social network analysis starting in the 1930s, noting the many threads that came together to form the field as we know it today. He also described his own early structural research and his epiphany about the common network perspective that unified otherwise seemingly disparate lines of work. In a recent interview, he described the “mental flip” that he had immediately upon reading Anatol Rapoport’s 1961 paper, “A Study of a Large Sociogram.” In Freeman’s words: “… mathematical biology [being done by Rapoport] at Chicago was really sociology. … He gave us a mathematical foundation for thinking about social linkages in structural terms.” Freeman’s research on social networks brought that insight to full realization.

His contributions on centrality are Freeman’s first publications to explicitly embrace all aspects of a social network perspective, and have had a profound and lasting influence on the field.

His 1979 article “Centrality in Social Networks: I. Conceptual Clarification” mapped out key distinctions between different approaches for quantifying centrality and centralization, and established a quorum of formally defined metrics for these concepts that are still the gold standard in the field. Likewise, his work on human social intelligence and perception of social groups contributed both to the systematic collection of network data and to our understanding of how people see social relations and social groups, feeding fruitful lines of research that continue to this day. He made sustained contributions to network visualization, formalizing the sociological concept of “group,” measurement of dominance hierarchies, and the development of the field of social networks as a scientific institution. He was one of the early authors of the widely used network analysis software UCINET and published widely on the use of computers in social science in an era when this was a largely untapped frontier. Throughout his career, he helped define research directions that would become central concerns within the field.

Beyond his research contributions, Freeman was also a pivotal player in the institutionalization of the field. He founded the flagship journal Social Networks and edited it from 1977 to 2006. This journal was one of the important institutional advances of mid-1970s that helped to consolidate the interdisciplinary field of social networks. The journal continues to be the central outlet for social network research and provides a focal point for contributions from a wide range of disciplines. A careful student of publication practices across disciplines, Freeman consciously modeled his editorial approach at Social Networks after successful examples in the broader scientific community. His contributions to building social networks as a scientific discipline were also supported by the National Science Foundation-funded Electronic Information Exchange System (EIES) experiment, work done in collaboration with Sue Freeman. At the dawn of the Internet in 1977-78, this project provided then state-of-the-art computer communications capabilities (phone modems and computer terminals) to link several dozen scientists working in the emerging field of social networks. The goal of the experiment was to facilitate exchange of information about the rapidly developing discipline, but it also highlights Freeman’s continued fascination with the social context of scientific enterprises. He was also an active supporter of the International Network for Social Network Analysis (INSNA), the professional organization of the network analysis community, and its flagship meeting, the Sunbelt conference. Some of Freeman’s personal predilections (including his passionate advocacy for conference logistics that would allow him to windsurf, as well as his determination that the meeting always be welcoming to newcomers) left a lasting mark on the culture of the conference. Always an evangelist for social network analysis, Freeman worked tirelessly to bring new researchers into the field - whatever their home discipline might have been. It is a testimony both to his tenacity and to his charisma that one can to this day find many social network researchers whose entree into the field was an encounter with Lin Freeman.

Freeman’s own exposure to structural and network perspectives started early and ran deep. His father was a genealogist who emphasized the importance of family relations. As an undergraduate at Roosevelt University, Freeman’s mentor was St. Claire Drake, by all accounts a genuine intellectual and captivating lecturer. Drake had been a student of Allison Davis at the University of Chicago and had worked on the now classic Deep South study (Allison Davis, Burleigh B. Gardner, and Mary R. Gardner 1941). Drake introduced Freeman to the Deep South research in the late 1940s, so at that point Freeman would have encountered the quintessential two-mode network of Southern women attending social events. (As an aside, decades later Freeman published “Finding Social Groups: A Meta-analysis of the Southern Women Data”, a review of more than 20 studies that had analyzed the Davis, Gardner, and Gardner data.) At the University of Hawaii, the geographer Forrest Pitts introduced him to Hägerstrand’s diffusion models and Harry Ball pointed him toward Bavelas and Leavitt’s experimental work on communication structures. As a Ph.D. student at Northwestern, Freeman was deeply influenced by Don Campbell, who was at the height of his work on reliability, validity, and measurement, themes that continued throughout Freeman’s own research. Freeman also met Morry Sunshine at Northwestern and they embarked on a very fruitful series of studies of community leadership. Freeman identified Morry as someone who was most influential on his thinking and the two remained close friends.

Freeman moved to UC Irvine in 1979 as dean of the School of Social Sciences. At UCI he joined an active group of social network faculty and graduate students, including John Boyd, Doug White, and Lee Sailer. Freeman quickly converted others to social networks, notably Kim Romney and Bill Batchelder, and influenced a steady stream of graduate students (Jeff Johnson, David Krackhardt, Katie Faust, Steve Borgatti, Sue Freeman, and Alaina Michaleson Kanfer, to name a few from Freeman’s early years at UCI). At the time of his arrival, there were no departments in the School of Social Sciences. Freeman’s presence was the catalyst for the formation and steep ascent of the UCI Social Network Research Group, a focal point for research and training at Irvine that continues to be extremely active. He also helped establish one of the first systematic graduate curricula in social networks within the Department of Sociology, which has gone on to become the training ground for a large number of doctoral students (both from sociology and from other fields). A member of the Institute for Mathematical Behavioral Sciences, he also boosted the visibility of network-related research within the institute, and was central in recruiting social network researchers to UCI.

Freeman received a number of awards for his contributions during his career. Among his more notable honors, he held the unique distinction of being a two-time recipient of the Georg Simmel award from the International Network for Social Network Analysis, and received the James S. Coleman Distinguished Career Award in Mathematical Sociology from the Mathematical Sociology Section of the American Sociological Association. In 2002, INSNA named the early career award for contributions to the study of social networks after him, recognizing not only his own remarkable intellectual accomplishments but also his long record of mentoring and supporting young people. For many junior colleagues who survive him, this is perhaps the most fitting honor for a man who gave so much of his time to encouraging others in their own research.

For those who had the good fortune to work closely with him, Freeman is remembered as a person of infectious enthusiasm, great intellectual energy, and strong convictions. Never shy about expressing his opinions - often in forceful language - Freeman was always willing to engage in intellectual debate. But he also took criticism graciously, and encouraged a spirit of no-holds-barred inquiry among his peers that was at once fun, rigorous, and irreverent. He brought out the best in his students and his colleagues alike, challenging them to be better scientists, to pursue the truth wherever it led, and to enjoy life along the way. He left his mark on the social network field, on UC Irvine, and on all of us who benefited from his presence. Those who travel in the wake of the “Big Kahuna” (so dubbed by a number of his colleagues) have a lot to live up to. But we are richer for his many gifts to us, and, were he here, he would be urging us to sail on to shores he had not yet seen. We hope that our collective voyages do honor to his memory.