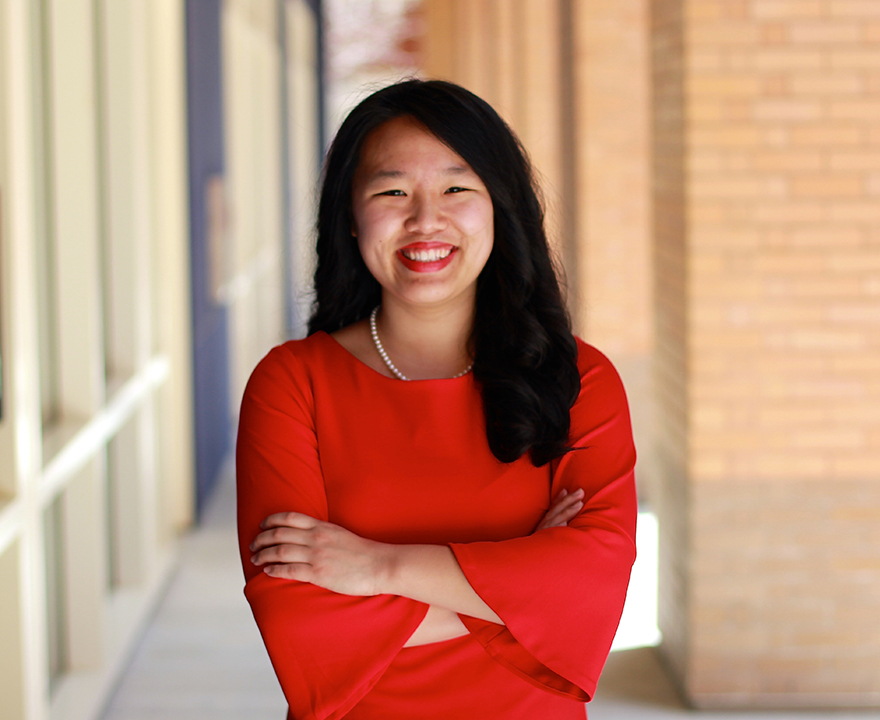 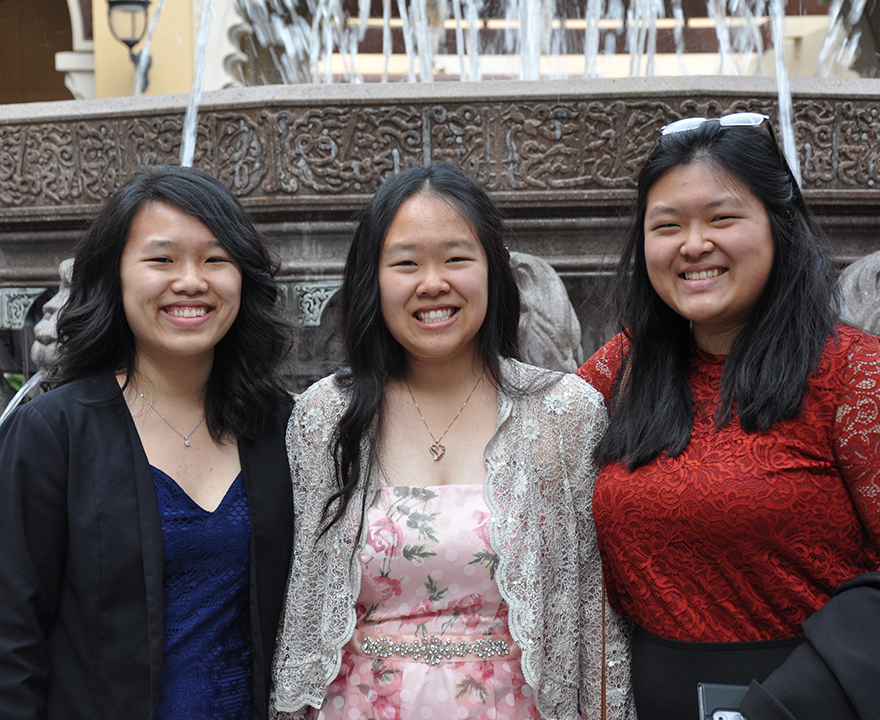 When her dad moved the family within walking distance of UCI before her first year of junior high, Amy Hu ’18 says it was no coincidence.

“We thought we were moving to Irvine for a bigger house, but we learned later that my dad had a vision for my sisters and I – that we would all go to UCI and achieve the education that he wasn’t able to finish,” she says. Her father came to the U.S. from Taiwan for graduate school and studied architecture at UCLA. When financial hardship hit, he left the program and started his own business. Ever the master planner, he knew that a move to Irvine and his family’s proximity to the world-class institution down the street would keep UCI top-of-mind when it came time for a college education.

“He wanted us to have the opportunity he didn’t,” says Hu. “When we all got our UCI acceptance letters, it was incredibly emotional. Being first generation students, it was humbling and honoring to understand we’re fulfilling the dream our parents didn’t get to fulfill.”

“I’m so honored to be speaking as a first-generation student, the daughter of two Taiwanese-American immigrants who came to pursue the ‘American Dream’, to represent my graduating class,” she says. She’s also a little intimidated; the self-described introvert says public speaking hasn’t always come easy for her.

“I grew up thinking that public speaking and leadership were skills people were born with; you either had them or you didn’t,” she says. “I really lacked the self confidence to think I’d ever be up in front of 5,000 people speaking on behalf of my classmates.”

Through her experiences at UCI, she says, she gained the courage to go outside her comfort zone. 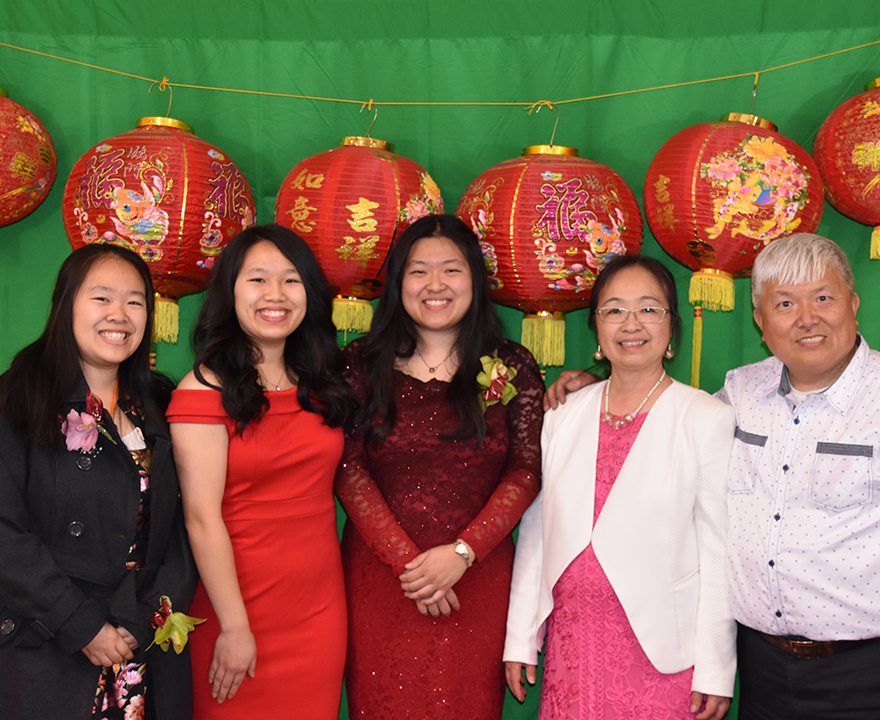 In 2015, she founded Women in Leadership, a UCI organization for undergraduates that promotes mentoring and professional growth-based activities for female Anteaters – and she’s served for the past three years as the group’s president. Also in 2015, she founded – and has continued to serve as president of – the Real Estate Association at UCI which similarly sponsors events and activities linking UCI students with business professionals in the OC community. With additional roles in ASUCI, the Anteater Ambassadors Network and the Merage Undergraduate Student Association, it’s safe to say that Hu has overcome her feelings of self-doubt.

“Being in charge of a bunch of different organizations taught me that leadership can come in many different forms. If you don’t have a skill, you can acquire it,” she says.

In the classroom, Hu excelled, earning a coveted spot in the competitive campuswide honors program. She served as a lead research assistant on a study exploring the effectiveness of social media peer-support groups in helping people quit smoking. Her honors thesis analyzes the effectiveness of the study’s text-based prompts in encouraging discussion within the online peer-support groups. And rather than graduate two quarters early, she picked up her third major and pushed herself to get everything she possibly could out of her education.

She earned multiple scholarships for her efforts, including the Nitori Scholarship - which she had to personally interview for – and an Alumni Association Distinguished Anteater Award for which she gave a speech at the awards dinner. She also earned a Commercial Real Estate Women (CREW) scholarship for her interest in real estate and involvement with women empowerment initiatives within the community. Most recently, she was named a Chancellor’s Scholar of Distinction.

As a student, Hu also worked as a peer academic advisor in the Merage School of Business where she advised incoming Anteaters about course scheduling and class choice. And for the past year, she worked as the coordinator for the peer academic advising program in the Division of Undergraduate Education where she supervised and trained all 67 peer advisors from every school at UCI.

“It took a lot of time and experiences – both good and bad – to gain the confidence in my public speaking skills I have today,” she says. “My job as the coordinator pushed me toward that. As the supervisor of all these students, all of a sudden I had to be ready to train them. That was really daunting. I had to overcome the ‘I don’t know what I’m doing’ feeling and take control of the situation and get everyone up to speed. It gave me a real sense of leadership and made me become more confident.”

It also took a lot of her time, which – when added to her studies and work with student organizations – wasn’t something Hu had much of. But managing it all wasn’t a problem, she says, thanks to the work ethic mirrored by her father.

“From my dad, I learned what it means to work hard. He’s seen many 100-hour workweeks. Even through numerous challenges we faced in our family business, he never gave up,” she says. “He taught us the importance of hard work and being someone who not only does well for themselves, but also for the family and community.”

And family has always been a running factor in Hu’s drive and success. Some of her best memories of her four years at UCI were the two years her time crossed over with each sister.

“Whenever we had free time, we tried to spend it together. It didn’t matter what challenge I was facing or how little sleep I’d gotten, we always made time to see each other and I treasure that,” she says.

The whole Hu crew will be in attendance for Amy’s big speech on June 15; a proud moment for not only Amy, but her entire Anteater family.

“Being able to deliver the commencement speech in front of my family – especially my father – means so much to me. I hope that I can make him proud and repay him for all of the sacrifices he’s made for my family. He’s set such a great example – I’m forever grateful.”