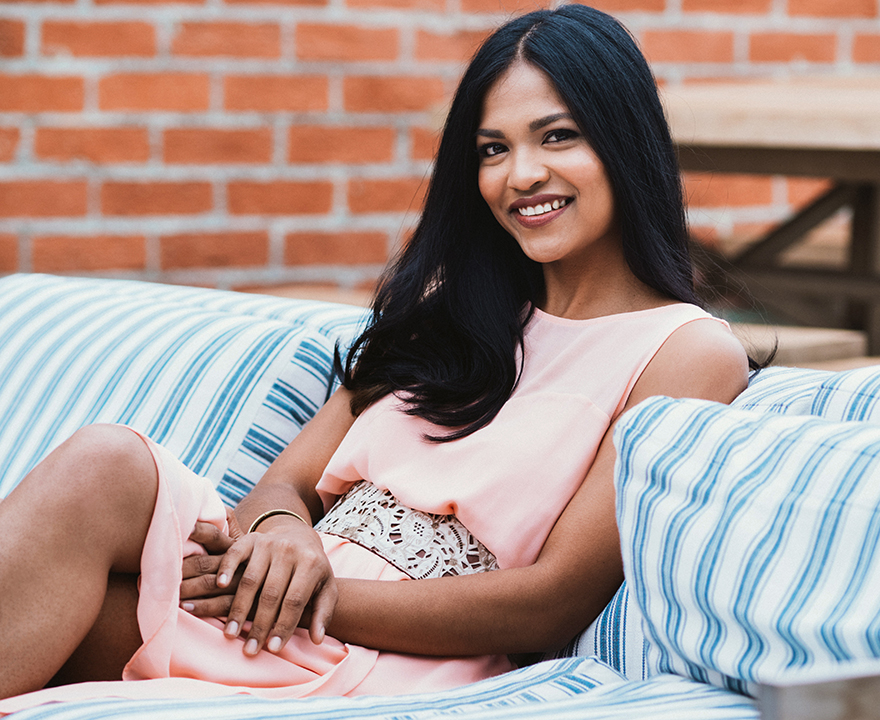 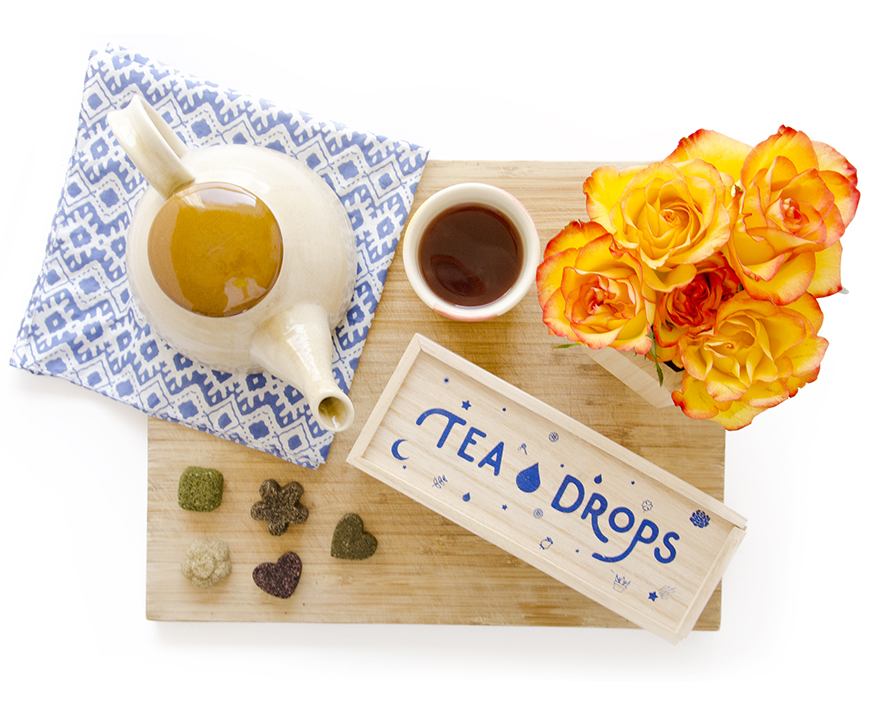 You could say that a passion for tea is, quite literally, in Sashee Chandran’s blood. The Anteater alumna (economics ’07) was born to a Chinese mother and Sri Lankan father, and the merging of two such tea-centric cultures led to an early appreciation of the beverage on her part. Such an appreciation, in fact, that it eventually led her to create Tea Drops – organic, dissolvable, single serving pressed teas – from her apartment kitchen. Now, three years after leaving a job in Silicon Valley to fully focus on running her company, Chandran admits that CEO life is a labor of love. But the lessons she’s learned along the way are invaluable, and she can’t wait to see where Tea Drops goes next.

Chandran’s fondness for the ancient beverage is not just about the flavor. For her, tea is something that has brought her family, and ones like it, together for generations.

“There is really a tea for every mood or occasion,” she says. “After school when I was young, we would make a cup of tea and share how our days went. When I was sick my mom would make me this certain kind of chrysanthemum Chinese tea, so I associate that with my memories of my mom taking care of me. A chai or black Assam tea is associated with Sri Lankan family parties because that’s what the women would always drink after a meal. Beyond being a functional beverage, tea represents a vehicle to bring people together and sense of community.” 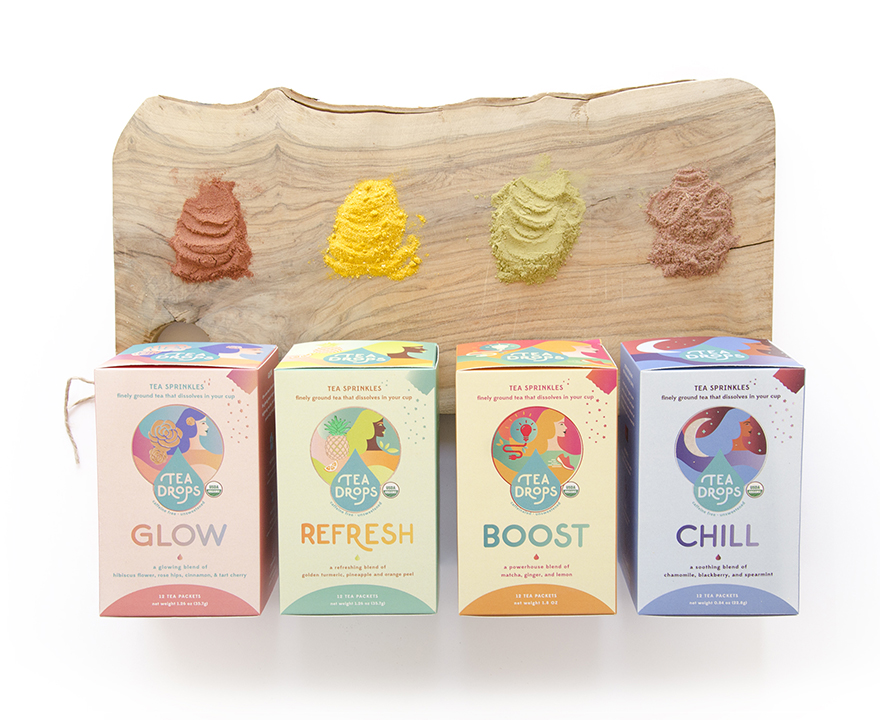 That feeling and appreciation for tea is what Chandran hopes to bring to the masses with Tea Drops. And so far she’s succeeding. Tea Drops are currently available in 1,500 retail stores, from small mom-and-pop shops to upscale retailers like Neiman Marcus and Anthropologie. And the brand is growing. Just last month they launched Tea Sprinkles, a new, sugar-free line of teas that were crafted with unique moods in mind, and the company will be introducing a set of fun, dessert-inspired Tea Drops before summer.

Things are taking off for Chandran in a way she couldn’t have imagined back when she was still a student at UCI. But even though she might not have predicted her entrepreneurial direction, she knew long ago that she wanted to work for herself.

So when it came time to choose a college, UCI’s economics program seemed like it would offer a useful – but still flexible – foundation. Paired with a minor in management, she created her own makeshift business degree and set to work.

While she made sure to take advantage of all UCI had to offer – from volunteering with the homeless community to serving on the Campus Village Director’s Cabinet to studying abroad at the London School of Economics – she made sure to focus on her studies as well. Academically, she found herself drawn to the social aspects of economics – why people make the choices they do and what factors influence those choices – which eventually led her to her first job post-college with a market research firm. It was a career track she followed for years, eventually landing a gig with ecommerce giant eBay and relocating from Los Angeles to Silicon Valley. And it was there, in between her duties as a market researcher, that Chandran first came up with the idea for Tea Drops.

“It actually came from my own frustration trying to make loose-leaf tea at work,” she says.

As a tea enthusiast, Chandran significantly preferred the experience and taste of loose-leaf teas over those made with tea bags. However, she found it impractical to make in the office environment. But instead of settling for sub par options, she decided to do some experimenting to try and come up with an alternative.

“There hadn’t really been any innovation in tea since the invention of the tea bag more than 100 years ago,” she says. “So that sparked the question, ‘could this be simpler without sacrificing the quality of the tea?’”

It took a couple of years of trial and error in her apartment kitchen, but eventually she had a prototype she felt was good enough to bring to the public – hand-cut, pressed teas that dissolved in hot water. She started small, selling on weekends at farmers markets and craft fairs and gathering customer feedback. But after about six months of working full time at her corporate job and trying to grow her own business, she was burnt out. She had a choice to make; either let the Tea Drops dream go, or quit her job, use up all her savings, and see where her business could take her.

“For me, the rationality was even if I failed, I would learn something from it,” she says. “And I was young enough that if it didn’t end up well I could still recover from it, but if I didn’t try I knew I would regret it. So that was what prompted me to go all in.”

So in 2015 she threw everything she had into the business and hasn’t looked back since.

From where she is now, running an exciting and growing startup, it’s easier for Chandran to see how she was able to get there. Tea Drops now has headquarters in Los Angeles and a bustling online business in addition to store sales. Chandran has been on HSN showing off her product, and just this month brought Tea Drops to Natural Products Expo West in Anaheim. But she admits there were times that it didn’t seem like she would ever reach her goals. As an entrepreneur, she says that you hear ‘no’ much more often that ‘yes,’ particularly when you’re just starting out. That’s why her pieces of advice for aspiring entrepreneurs are as follows: stop comparing your journey to someone else’s, be determined, and jump in with both feet.

“I always used to feel like I had to acquire a certain skill or meet this person before taking action,” she says. “And what I’m learning is that entrepreneurialism is much more about persistence. You don’t have to have a specific skill set or connections – everyone’s journey is unique. If you really believe in yourself and your idea, just go for it.”