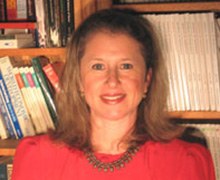 
The North Korean nuclear debacle has renewed academic debates over the predictive accuracy of theories of nuclear proliferation. A recent piece found most of those theories deficient for predicting that case.

Are the same mechanisms explaining past choices for nuclear proliferation or nuclear restraint still in place? How have unilateralist statements by US President Donald Trump affected each of those proclivities? And what theories explain East Asian leaders’ responses best?

‘Neorealist’ academic and policy circles have long held that the proliferation of nuclear weapons by one state will inevitably lead others in the region to follow suit. But counter to these decades-old predictions, the East Asian ‘usual suspects’ — Japan and South Korea — have so far refrained from developing nuclear weapons.

That a succession of nationalist leaders in both countries have maintained nuclear restraint makes this outcome even more at odds with the predictions of nuclear dominoes. Those leaders include Kishi Nobusuke’s grandson Shinzo Abe who in his eagerness to reaffirm alliance ties was the first regional leader to meet then President-elect Trump. While nobody can predict what will happen next, neither have the many thresholds already crossed by North Korea or China’s dramatic rise led to the ‘reactive’ nuclearisation that many had predicted.

A decade ago, Nuclear Logics: Contrasting Paths in East Asia and the Middle East sought to explain why reactive nuclearisation was not inevitable. The book also underscored the vital role that domestic political economy models can play in nuclear choices. Since the inception of the Non-Proliferation Treaty in 1970, nuclear ambitions have been more likely to emerge in domestic and regional contexts dominated by inward-looking economic models that reject the global economy. Nuclear proliferation in the Middle East provides a good example.

Read on, courtesy of the East Asia Forum...