Weighing in on 'anchor babies' 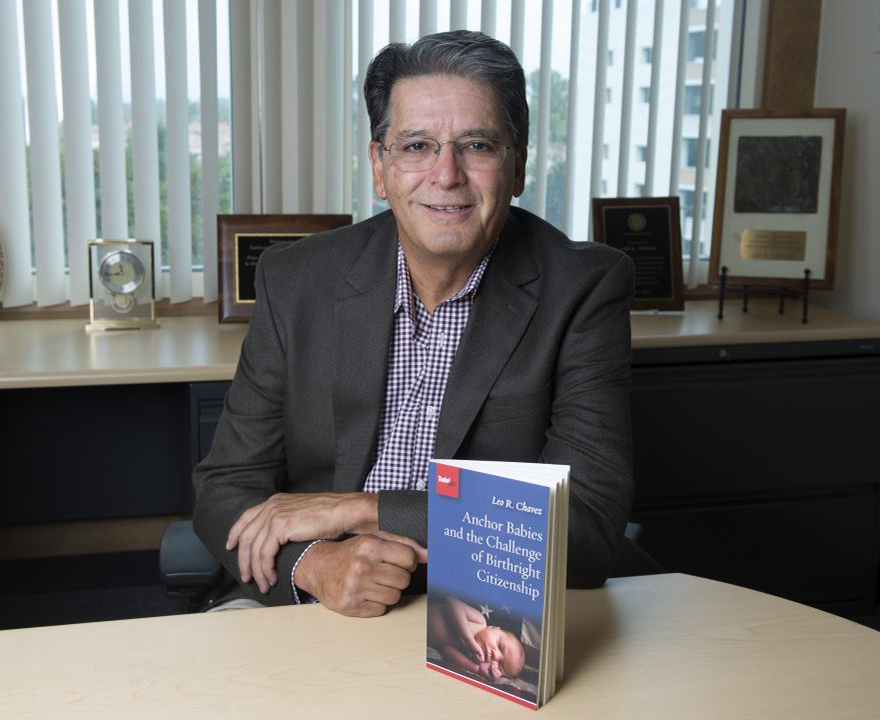 Weighing in on 'anchor babies'


Despite the 14th Amendment’s intention to define citizenship rights and equal protection, the question of who is or is not a U.S. citizen has been debated for more than 100 years – and remains contentious today. The hot-button issue of illegal immigration has escalated the rhetoric about who “belongs,” even spawning a pejorative term for the children of people living in the U.S. without legal permission: “anchor babies.”

Q: When was the term “anchor babies” first used, and was it directed at any particular immigrant group or to all babies born in the U.S. to immigrant parents?

A: The expression “anchor baby” became popular in the 2000s. It was often used during the 2015-16 campaign for president, especially by the Republican candidates. “Anchor baby” came into use to put a very negative connotation on birthright citizenship. The children of undocumented immigrants were called “anchor babies” to suggest they were not like other citizens because they did not really love the United States and were simply here as part of their parents’ plan to obtain legal status. While the term could apply to any group, it has been particularly employed in reference to immigrants from Mexico.

Q: Why do you think the definition of citizenship continues to be such a difficult issue to resolve?

A: Actually, as I show in my book, the issue of birthright citizenship has been resolved. It’s been a component of our nation’s laws since the beginning. The idea is based on English law that we inherited from our Colonial period. However, U.S.-born African American slaves were denied birthright citizenship in order to maintain that immoral system. The 14th Amendment made it very clear that all people born in the United States, even slaves and their descendants, are citizens. Diplomats were, and are, an exception, as they are in the United States under the jurisdiction of their own countries.

Nativists have also been unhappy with the 14th Amendment. Nativists raised the idea that the children of immigrants could not assimilate and thus were a threat to the nation. They were also said to be a threat to the demographic or racial composition of the nation at the time. This was said of the Chinese, Japanese, Germans, Irish, Italians, Russian Jews and most other immigrants in the past and present. However, in the 1898 Wong Kim Ark case, the U.S. Supreme Court explicitly stated that the children of immigrants – no matter what their parents’ immigration status – are U.S. citizens.

Despite our history and Supreme Court rulings, nativists continue to believe that contemporary immigrants are somehow different from past immigrants and do not have the ability or desire to become Americans and that they are changing the nation’s demographic composition. The phrase “the browning of America” became popular in the 1990s as a way of indicating the apparent changes in the composition of the population.

Q: Why do you feel it’s important to write a book about this subject?

A: I began to write about the “anchor baby” term as soon as it emerged in public discourse. It was clear to me that when such expressions are constructed, they become very productive. They create a group of people we can define as different. We can collect data on this supposedly different group of citizens, we can assign people to that category (“the anchor babies”), we can impose a set of characteristics on them (they’re “cheaters,” “conspirators,” “un-American,” “undeserving” and “a threat to the nation”), and we can create policies and laws to deal with them. The term also gives people license to think of “these people” as different and to feel free to call them names, chastise them, tell them to “go home” (even though the U.S. is their home) and even deny them basic things like birth certificates, as has happened.

I wrote about the “anchor baby” concept because I believe the life of a nation should be a life examined. The children of immigrants deserve to have a critical examination of the rhetoric and practices that can limit their participation in the nation as full-fledged Americans.

Q: What has been the reaction to Anchor Babies & the Challenge of Birthright Citizenship?

A: The book was just published, but based on the reaction to my presentations on the topic, people find that it’s useful to have a historical perspective on the often-vitriolic public discourse so prevalent today. It’s also useful to have pointed out the damage and suffering that can be caused by terms that define some of those among us as dangerous “others.”

Q: What is the key takeaway from your book?

A: I think there are at least four takeaways. First, birthright citizenship has been a key part of our history. It has allowed us to be a nation of inclusion, even though we have to be reminded of that fact quite often. Second, creating terms that separate out groups of citizens as threats to the rest of the nation is a recipe for disaster. History is replete with examples of what happens when internal racial, religious and ethnic groups are defined in this way. Third, the effort to maintain America’s distinctiveness as a nation based on birthright citizenship is constantly facing challenges by pundits and politicians who would like to do away with the 14th Amendment to the U.S. Constitution. Finally, citizenship should not be taken for granted. Even citizens can become targets of public rhetoric and policies that undermine their sense of belonging, well-being and mental health.

Q: Do you think this issue can ever be resolved? If so, how? If not, why not?

A: The United States continues to be a nation of immigrants. As each new wave of immigrants arrives, previous generations tend to view them and their children with some suspicion. This is not unique to the United States. However, history tells us that such short-term fears are unfounded in the long run. We must not let some among us define the nation based on fear and a desire for a golden age that never really existed in the way it’s often imagined.