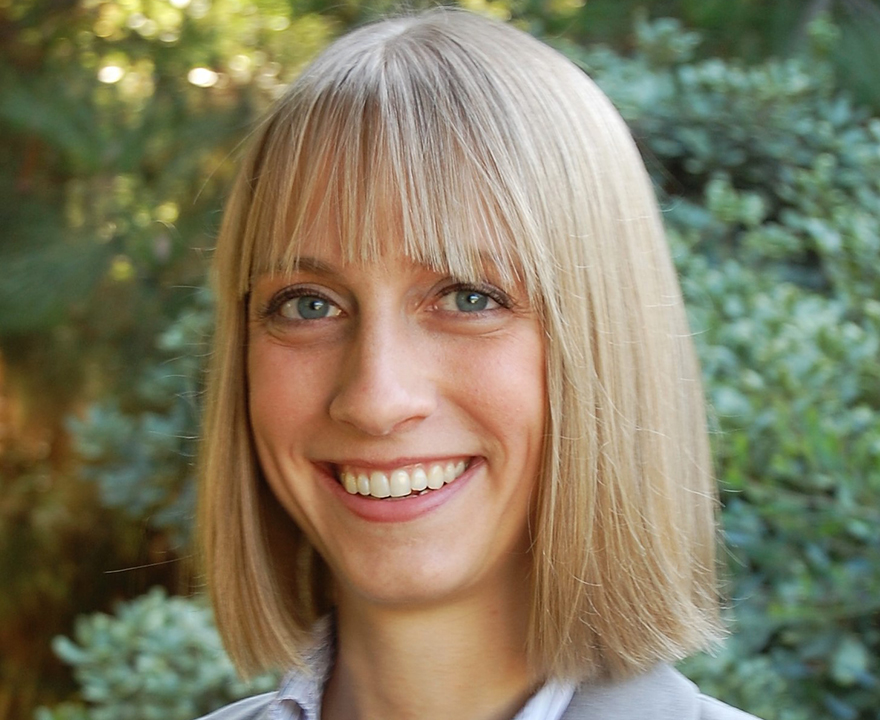 
Bestowed upon just one Ph.D. candidate at UCI each year, the Fletcher Jones Fellowship recognizes graduate students who demonstrate academic achievement and excellent leadership skills. This year, the School of Social Sciences’ Anna Penner has earned the highly prestigious award.

A fifth year Ph.D. candidate in the Department of Sociology, Penner studies the siblings of children with disabilities in an effort to understand if and how they are affected by their familial circumstances. As the sister of an older brother with physical and mental disabilities, it is a topic that hits close to home for her. But, she notes that it is a relatable topic for many people around the world.

“I wholeheartedly believe that my research, as personal as it is for me, will be personal for a lot of people,” she says. “If one in eight children have a disability, we’re going to have at least one in eight, if not double that, who are siblings of a person with a disability.”

After growing up in Japan, Penner moved to the U.S. to begin her college career and immediately became fascinated with the cultural differences between the two countries. Anthropology and sociology offered an avenue for her to examine what made the two societies so different, and while completing her bachelor’s degree, she began to wonder how these variances between Japan and the U.S. translated in terms of support offered to children with disabilities and their families. She knew what her family experienced in Japan, and she wanted to see how families in America dealt with similar circumstances. So, she turned the question into her undergraduate thesis. Her research examined the various community supports in place for children with disabilities and their families, and it was then that she realized that siblings of these children were often overlooked. While there was a good amount of support offered to the individuals with disabilities and their parents, the siblings weren’t getting much assistance.

“I saw that in my research and I thought, ‘wait a minute, these kids are bound to be impacted, too,’” she says. “So that’s how I got interested in looking at siblings specifically. There didn’t seem to be a lot of support for them, the literature wasn’t talking about siblings, and I really wanted to see how they were impacted by this.”

So, when she came to UCI several years later to complete her Ph.D. in sociology, she decided to delve deeper. Her current research uses statistical analysis to examine behavioral and educational outcomes of siblings of children with disabilities. And though she’s still writing her dissertation, her findings already indicate that there are negative affects on educational outcomes, particularly in female siblings. Specifically, she’s found that when a girl has a sibling with a disability, they are nearly 50% less likely to graduate from college compared to girls who have typically developing siblings. In contrast, boys are no less likely to graduate from college if they have a sibling with a disability. In addition, when it comes to behavioral outcomes, both boys and girls who have siblings with disabilities act out more than their peers who have typically developing siblings, though it is more noticeable in girls since they tend to act out less than boys in general.

“These findings really challenge the stereotype that these children who have siblings with special needs are the ‘perfect child,’” Penner says.

Though her research is in the early stages, she believes it could be the start of some major changes in how we support children and families who are living with disabilities. Penner hopes to find a tenure track position and continue her research and advocacy for those with disabilities and their families. In the future she’d also like to conduct participant observation studies to get a better idea of what may be causing these inequalities.

“I think the position that I’m in as an academic, to produce research but also bring a voice for those with disabilities to college campuses, is important to continue,” she says.

In addition to her academic contributions to the special needs community, Penner has long served as a social advocate, having given talks to community organizations and families about her personal experiences as well as her research findings. She hopes that as she continues her work as a professor, people will be even more ready to heed her work and give the disability community more attention.

“A lot of sociology classes in college talk about inequality across race, class, and gender lines, but they often miss a huge population that cuts across every group of people. People with disabilities are a very important group that is often overlooked, and I feel strongly that I should stay in academia for the research and teaching, but also for the service components.”

Having received the Fletcher Jones Fellowship puts her even closer to her goal of shining a spotlight on this community.

“We know that disability has wide-ranging consequences for individuals and their parents, but there’s also this often hidden cost as it pertains to siblings,” she says. “So I hope I can make the Fletcher Jones Foundation proud by not just helping academia see this, but the broader U.S. population, too.”

Penner was awarded $20,400 as part of the fellowship to assist with the costs of her research and education.