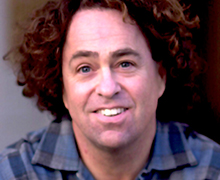 
What factors propel a cause into a full-fledged social movement, keep it in the news, and help change public discussions of issues? While protests may seem to grab public attention, says UCI sociologist Edwin Amenta, policy ties and political alignments help keep social movements in the media, and political action gets across their messages.

For the past decade, Amenta has been pursuing National Science Foundation-funded research on social movements - what gets them going, which organizations get in the news, and policy results from them. In May, he was awarded an additional $213,500 to expand his dataset and analysis to 21st century causes including Occupy and the Tea Party. The award brings his total 10-year NSF project funding to $591,000.

His ongoing work is one of the only studies to examine all social movements – 34 of them – from the 20th century through present day. Key among them: African American civil rights, labor, nativist white supremacist, and environmental movements. He views each from a large, broad scale through the lens of media attention movements receive. Using news stories about movements, he’s able to drill down to specific organizations involved to understand how and why views within the movement get across.

In doing so, he’s found four key characteristics that get a movement into the public sphere, with the last two being most important for keeping the issue in public discussion:

Yet not all of these characteristics lead to the sort of coverage that gets across the views of movement organizations.  Many protests are ignored, and violence and vandalism hurt the cause.

“When things get broken, that’s what makes the news – not the message of the cause,” he says.

More productive, he says, are political actions like initiating referendums, running candidates for office, boycotts, litigation, and direct actions that test the implementation of new laws.

The project currently spans media coverage of more than 1,500 social movement organizations in The New York Times, Washington Post, Wall Street Journal and Los Angeles Times. With the additional funding, Amenta will expand the search to 14 other papers available through Proquest Historical Newspapers and build upon the 20th century movement data while adding in social movement organizations from 2000 to the present.

“Information like this is important for the public so that they can understand who is in the public discussion and why,” says Amenta. “It’s also important for activists to help them identify the factors that get their ideas in the news.”

When completed, the information will be made web accessible to the public. This work began in May and will run through April 2019.