When passion and past pave the way to a profession 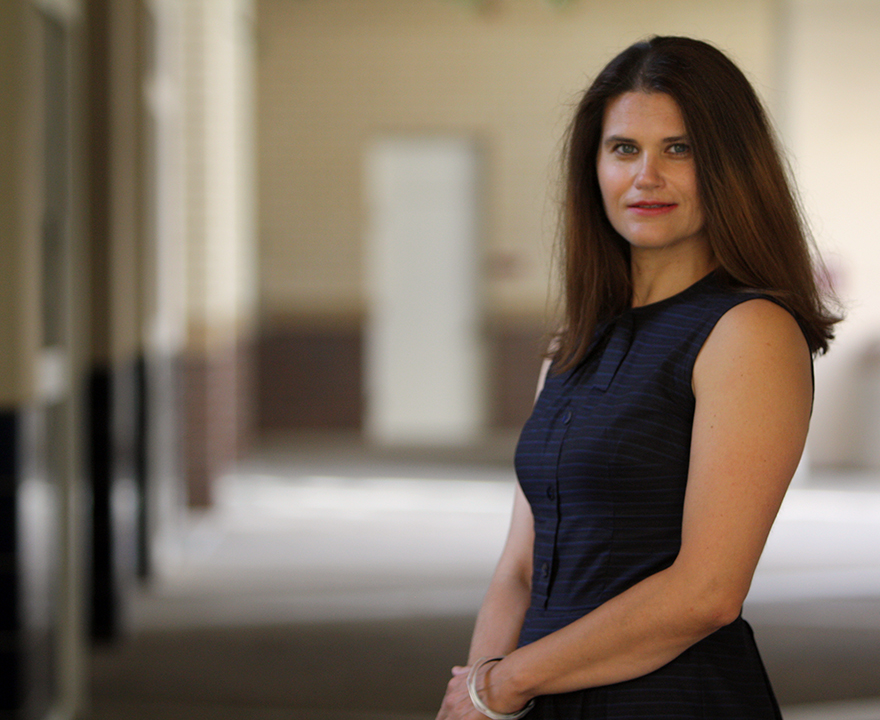 When passion and past pave the way to a profession


The past year has been quite a busy one for Nina Bandelj. A new book, a National Science Foundation research grant, a quarter as interim associate dean of graduate studies in social sciences, one year served of a three-year appointment on the American Sociological Association council, and an award for mid-career service are highlights that only begin to scratch the surface of what’s kept the UCI sociologist buzzing.

“I love trying to figure out how people lead their economic lives, and I get excited to develop ideas into rigorous and meaningful research. That’s all fun for me! The same goes in the classroom. I wear my passion for sociology on my sleeve. Shamelessly,” she laughs.

“Yes, I am busy, but it’s because I am an idealist. I believe that I can work to improve the welfare of others, which is what ‘service’ means to me. So, I take any chance I get to recognize the good in people and figure out what awesome things we can do together.”

An economic sociologist, Bandelj studies the social bases of economic processes, dispelling the assumption that the economy runs solely on the supply and demand rationale.

“People - with our visceral emotions, moral judgments and social connections - are the centerpiece of economy. My passion for studying sociology and money comes from this central premise, and pushes me to continue to uncover how social forces influence economy.”

It’s an interest that she’s been honing for the past two decades through formal research, but one that began long before.

A framed newspaper article hung on the living room wall of Bandelj’s childhood home in then-Yugoslavia. It featured her father who’d won a National Medal from Yugoslav leader Tito for his engineering innovations. And in the story, her father said that he hoped his then 5-year old daughter would become an economist.

“Truth be told, my father never ever said to me what I should or should not study, but the copy of the interview was framed on our living room wall, so no words were necessary,” she says. When it came time to decide her career trajectory, Bandelj proceeded to take her entrance exams to the Faculty of Economics in Ljubljana. This was the early 1990s, a transformative period in the communist nation’s history that proved to be a crucial factor in changing Bandelj’s course and that of her country.

“Regimes collapsed, countries liberalized, and I got a chance to pursue liberal arts in a capitalist country,” she says. She packed her bags and headed to Augsburg College in Minneapolis, the only college she applied to because a Polish professor teaching economics there visited her Slovenian high school and told her about international student scholarship opportunities. At Augsburg, she enrolled in economics and business classes, but soon found her heart was in sociology.

“By my sophomore year, I finally admitted to myself that I was more interested in people than abstract curves of demand and supply,” she says. Having grown up in a racially and culturally homogenous community, the opportunity to explore cross-societal differences as a formal course of study was incredibly interesting. She wound up taking every sociology course Augsburg offered, and even a few they didn’t via a sister school in the area. Graduate school at Princeton University let her dive deeper into the field, while return trips home each summer to the newly established Slovenia offered a living laboratory to study the sweeping societal transition underway.

“Democratization, privatization, marketization, Europeanization, globalization – these were experiences happening and affecting my family, my community, my country and more than a hundred million people from Central and Eastern Europe,” she says. “As far as I was concerned sociology wasn’t merely a choice of a study subject. I had to try to untangle this complexity.”

Phone calls with her family each Sunday made the more than 4,000-mile separation feel less distant. And in the course of these conversations, Bandelj got a detailed account of the post-socialist restructuring challenges her dad’s medium-sized firm was going through. American investors were interested in the company, but middle managers and workers feared downsizing and character ruin if courted by a group from the U.S. A year into negotiations mired with protests, the American investors walked and a German multinational corporation acquired half the company without objection or dissent.

“Economics teaches us that foreign investment transactions are based on rational efficiency considerations and a straightforward risk and return assessment,” she says. “But what I kept hearing was more about power struggles, social ties, cultural conceptions, emotions and how German capital was different than American capital.”

The exchanges led her to think more about how economics and sociology work in tandem, and her dissertation topic was born.

“That social forces impact economic processes is not an anomaly but a standard to be expected in any practical economic transaction, made particularly apparent in conditions of uncertainty. And if anything, uncertainty was paramount in transforming Central and Eastern Europe,” she says. She asserted as much in defense of her dissertation and won the Seymour Martin Lipset Dissertation Award from the Society for Comparative Research before coming west to California.

Bandelj joined the UCI faculty directly out of grad school in 2003 and continued to pursue research on the social foundations and transformations of the region as it moved from socialism to capitalism, focusing on how markets are created and operated. Five years later, she published her first book on the topic, From Communists to Foreign Capitalists: The Social Foundations of Foreign Direct Investment in Postsocialist Europe. In the 10 years since, she’s published five more books, her most recent on the topic of money – what it is, and how we make sense of it in an age when new currencies like Bitcoin and Apply Pay are gaining ground.

“I’m really interesting in dispelling common myths about not just money, but economy more broadly. There is a common assumption that money is cold and rational, and that it corrupts relations. We’ve all heard that ‘money can’t buy you happiness,’ or that ‘money is the root of all evil.’ But money does not equal to exploitation or corruption. Such blanket statements do more harm than not because they prevent us from learning about multiple forms and meanings of money.”

In her 14-year tenure with UCI, she’s published more than 40 articles and book chapters in economic sociology, in addition to the six books she authored or edited. In May, she was awarded a $154,000 National Science Foundation grant to study the link between rising U.S. household debt and the cost of raising kids. Using interviews and data from the Survey of Consumer Finances and the Panel Study of Income Dynamics, she’s interested in learning how varying levels of investment in children have implications for growing inequalities in the U.S. Other work has been funded by the Slovenian Research Agency, American Council of Learned Societies, European University Institute, and Max Planck Institute for the Study of Societies.

“Bandelj's work offers fresh and important insights into classical questions about how markets work, as well as the social foundations of economic processes,” says Matt Huffman, sociology department chair. “Her recent work on Central and Eastern Europe is similarly impactful, offering important findings about the role of larger social and economic changes, such as globalization. There is no doubt that Bandelj's cutting-edge research has made her a leading contemporary economic sociologist, and we are proud to call her our colleague.”

Bandelj shares her research and knowledge through undergraduate and graduate course lectures in several classes she teaches – among them, Money, Work and Social Life – a class that she adapted from her grad school mentor, Viviana Zelizer, and developed for UCI. For four years running, she’s received the Dean’s Commendation for Excellence in Teaching in social sciences. She mentors both undergraduate and graduate students in sociology and is an active member of campus programs that promote student research.

She’s also been a key member of the UCI social sciences leadership team. From 2014 through December of this year, with a break in fall 2016, she has been the equity advisor to social sciences dean Bill Maurer. In this role, she has deliberately supported inclusive excellence in school hiring practices by overseeing a mentorship program and educating search committees through presentations on diversity in recruitment. Her efforts have yielded gains in the recruitment of women faculty, and underrepresented minority scholars. She also served as the acting associate dean for research and graduate studies in social sciences for fall quarter in 2016. She implemented a graduate student professional conduct policy, which is being considered as a model for the entire campus, and spearheaded the formation of the Social Sciences DECADE Council. She currently codirects UCI’s Center for Organizational Research, a role she’s held since 2012.

"When she was elected a member of the Sociological Research Association, Nina was recognized by her scholarly peers for her many contributions to economic sociology and the sociology of organizations. It is fitting that UC Irvine has chosen to honor her many contributions to our organization, which have brought her academic talents to bear on important matters of salary equity and inclusive excellence,” says Maurer. “The title of her new book, Money Talks: Explaining How Money Really Works, sums it up: she understands that one way we demonstrate commitment to our values as an institution--and make positive change--is through careful attention to the flows of money, how we talk about equity, and how we turn that talk into action. She is a tremendous asset to the school and the campus."

As for Bandelj, she’s showing no signs of slowing.

“For better or worse, our lives revolve around money, work and value, so I don’t think I’ll run out of research ideas any time soon, and there always remains a challenge of how to use sociological research to tackle pressing social issues, especially in the current political environment. I have just started on a task force called Sociology Action Network within the American Sociological Association aimed to address this,” she says.

“Besides, every quarter brings new students, ripe to be infected with a passion for sociology and social justice. And any day brings an opportunity, big or small, to nurture inclusion and equity, in our school, on campus, and in society at large. ”