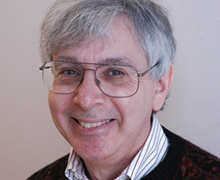 
These reactions are consistent with research by the [UC Irvine] political scientist Bernard Grofman who considered what might happen when voters do not simply choose a candidate whose positions best match their own. If they discount those promises and instead gauge the likely effect of each candidate on the status quo, voters might in some cases choose a candidate whose preferred position is further from them.