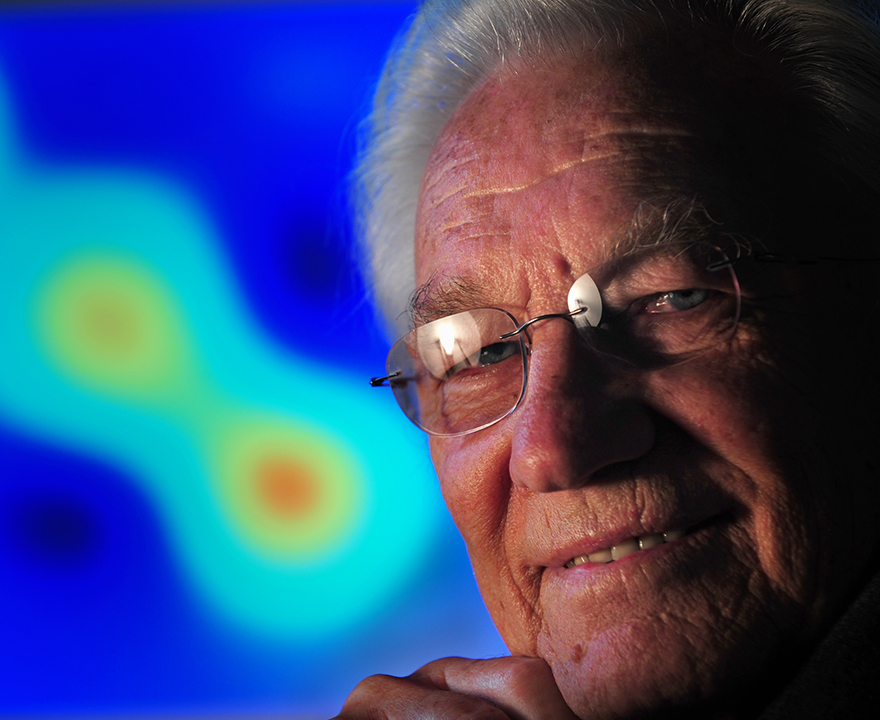 
A. Kimball Romney, anthropology research professor and member of both the National Academy of Sciences and American Academy of Arts and Sciences, is the 2016 recipient of UCI’s Outstanding Emeritus/a Award. The honor, awarded each year by the UCI Emeriti Association, recognizes special accomplishments of a retired professor.

“The Awards Committee was very impressed with numerous aspects of Professor Romney’s activities as an emeritus professor, including his significant work in a quite different (from his distinguished work in anthropology) and important area of research and his ongoing active involvement with colleagues and students at UCI,” said Jim Danziger, UCI Emeriti Association president.

Romney arrived at UCI in 1969 following professorships at the University of Chicago, Stanford University and Harvard University. He served a three-year term as the second dean of the School of Social Sciences, stepping down in 1971 to focus on teaching and research. For decades, he conducted seminal research on kinship and culture that earned him election to the American Academy of Arts & Sciences (1994) and National Academy of Sciences (1995). That same year, he officially retired, but his work was far from finished.

In the past 20+ years, Romney – who, at 90 years old, continues to work closely with affiliates in the Institute for Mathematical Behavioral Sciences at UCI – has published nearly 50 studies, most of which have focused on color vision, an entirely new area of study for the emeritus professor.

In retirement, he developed a new mathematical model that explains how the human eye sees color and allows that to be accurately replicated in televisions, computers and other digital devices. His model yields a 99.4 percent match, based on International Commission on Illumination standards, and it is in the process of being patented by UCI.

“As one of the first deans of social sciences and one of the campus’s most eminent faculty members, Professor Romney helped to build UC Irvine into the top-flight research university it has become,” says Bill Maurer, anthropologist and social sciences dean. “But what has always amazed me is that he always looks so relaxed. Sweater over the shoulder, coffee cup in hand, standing around outside chatting with his peers and students. And meanwhile, developing a whole new scholarly identity. It is as if, having had a stellar career as an anthropologist for 40 years, he woke up one morning and casually said to himself, ‘I think I want to be a psychologist now.’ And then he just did it—catching up to and then surpassing even some of his most productive colleagues in that field.”

Willie Schonfeld, political science research professor and former dean of social sciences (1982-2002), agrees: “Kim Romney is a great scholar, and a wonderful colleague, but when you get to know him, he reveals perhaps his most attractive trait: his passion for science and for discovery. He believes in science and has devoted his entire life to figuring out key problems. He’s never too busy to help a colleague or a student, and always has keen insights to offer into any issue being discussed – whether it be during a conference, a local seminar, or over a cup of coffee.”

Romney was recognized at the Emeriti Association’s annual meeting in June.