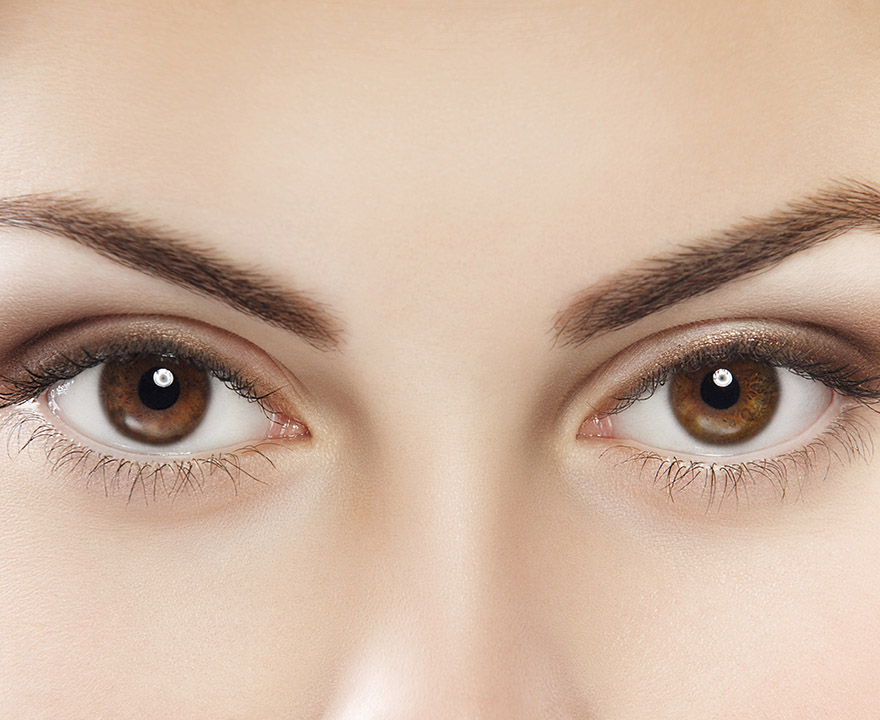 When UCI researchers asked more than 200 college students to accurately identify human emotions displayed in 36 different photos using only pictures of eyes as their guide, women outperformed their male counterparts. However, when money was introduced as an incentive for correct answers, the men stepped up their game and the females fell short. Why?

“Well, men – much more than women – can be more extrinsically motivated when it comes to paying attention to human emotion,” said Garret Ridinger, economics graduate student. He performed the study with Michael McBride, UCI economics professor and co-director of the Experimental Social Sciences Laboratory, ESSL.

They applied Reading the Mind in the Eyes Testing (RMET) to directly measure how the introduction of monetary incentive changed a person’s ability to read emotion.

“On average men don’t care about understanding others’ emotions as much as women. If we incentivize them, they care more,” said McBride of their findings.

The internal emotional gauge the researchers were trying to measure is called theory of mind – the ability to understand other’s thoughts, intentions and emotions. It’s something well-studied in psychology and most often understood due to its absence or diminished capacity in those with autism and schizophrenia, but it’s a concept that’s just taking hold in economics.

“Theory of mind is something uniquely human,” said McBride. “All people have this ability to interpret emotional cues; some are more adept than others. It can’t be directly measured but reading people is extremely important in being able to understand social relationships.”

As behavioral economists, Ridinger and McBride are interested in how environmental characteristics change a person’s performance and how gender plays into these fluctuations.

“We wanted to know what would happen if we threw money into the equation and whether or not men and women would respond differently when paid for accurately interpreting others’ emotions,” said Ridinger.

Their findings, published in PLOS One, also factored in competitive settings and charitable giving.

“There’s a lot of background literature on differences in base level engagement – females are more inclined and intrinsically motivated in their theory of mind ability whereas men have less intrinsic motivation. But the men respond to external incentives more than women,” said McBride.

When both sexes were told they’d be paid for performance, intrinsic motivation was crowded out for women; but men fared better. The effect was even stronger when men and women competed with one another in reading emotions. But when informed that their performance would result in a payout to charity, men dropped back and women bounced back up so that the two genders finished equal (and money earned was actually donated to charities including Doctors Without Borders, Amnesty International, the American Cancer Society and UNICEF).

“It’s really interesting what this could mean for gender differences and monetary incentives on a broader scale,” said McBride. “Our findings demonstrate that social engagement and interaction with money differs by gender. Men can really be engaged when money gets involved. We don’t know if they’re aware of this or if they recognize these effects, but we think that our story is insightful and allows us to speculate on – for example – the wage gap.”

While numerous reasons are to blame for the gap in incomes between men and women, including gender discrimination, negotiation for higher wages is something that women are historically less likely than men to do, he says.

“Wage negotiation is strongly about money. Our study suggests that when money is involved, men are more engaged. It’s possible that one contributing factor in the wage gap is men and women responding differently to the social engagement of wage bargaining settings. Our study may help provide a new direction to explore in trying to understand this pattern.”

He noted that their research also makes a strong case for women’s ability to negotiate on behalf of others, based on their testing performance when results were tied to charitable contributions.

“This is an important piece of the puzzle,” says Ridinger. “A lot of previous work draws broad conclusions – people have done these tests and say across the board that women are better than men at reading others’ emotions. But our work shows that there are conditions under which that changes.”

Ridinger is interested in exploring these phenomena further; after receiving his Ph.D. from UCI in June, he’s heading to an academic position in the School of Business at the University of Nevada, Reno. He and McBride will continue to study the role of theory of mind in fostering social cooperation; their work is funded by a Department of Defense grant.