Oscars Asian joke: Her mom was horrified when Chris Rock mocked her race 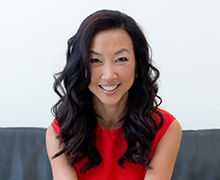 Oscars Asian joke: Her mom was horrified when Chris Rock mocked her race


From The Huffington Post:
Sociology professor Jennifer Lee, from University of California, Irvine, told The Huffington Post that while the joke was clearly problematic, it was not flagged during the show’s rounds of approval before broadcast, revealing the industry's ignorance. “The writers who created the skit revealed just how much the industry needs to diversify, and diversify beyond the Black-White framework,” Lee said. “While Chris Rock was vocal about criticizing the absence of African Americans, he and other writers were ill adept at expanding the criticism to other non-White groups, including Asians and Latinos.”