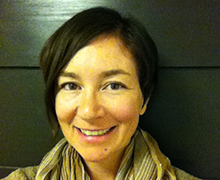 
What is typically thought of as one of the most joyous days in a person’s life—the day their child is born—has become a living nightmare for many women in Mexico, according to Lydia Dixon (née Zacher). The alumna of UCI’s anthropology graduate program (who earned her Ph.D this past June) writes about the violence that new mothers in Mexico can encounter during childbirth in her article “Obstetrics in a Time of Violence: Mexican Midwives Critique Routine Hospital Practices” which was published in Medical Anthropology Quarterly’s print edition this month.

Midwives in Mexico have been regaining their power after a decline in popularity following advances in modern medicine and the building of more hospitals over the last several decades. And these specially trained healthcare professionals have taken a stand against what they see as physical violence toward women in labor.

“The midwives are joining a global movement against ‘obstetric violence’—a category that includes a range of violations, from a lack of informed consent to outright abuse of women in labor, ” Dixon says.

Her research focuses on the accounts of midwives, who have long been campaigning for “humanized births” and fighting for the fair treatment of women in hospitals. She notes that it is all too common for doctors to insert IUDs without consent immediately after a woman gives birth, and that oftentimes mothers are subjected to medically unnecessary C-sections for the sake of convenience. Additionally, many midwives recall witnessing harmful, careless, and outdated practices being utilized, such as the manual scraping of the uterus post-birth—a practice that was deemed “clearly harmful and ineffective” by the World Health Organization in 1996.

Aside from just noting examples, however, Dixon goes further to understand how these issues relate to overall social unrest in the country.

“As Mexican midwives are increasingly allowed to work in public hospitals, their critiques of hospital-based obstetrics are gaining momentum,” Dixon explains. “In this article I describe how midwives situate the violence women experience during childbirth in public hospitals within broader concerns about social violence in Mexico today.”

With her newly awarded doctorate, Dixon continues to pen articles and collaborate on research projects. She also plans to craft a book manuscript based on her dissertation.