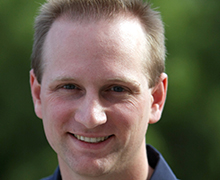 
Being seen by others as black – regardless of whether or not one personally identifies as such – increases the likelihood of arrest, according to a new study from UC Irvine and Stanford University. The findings come as troubling reports of racial bias and discrimination in policing punctuate the evening news, noted Andrew Penner, UCI sociologist and study co-author (pictured).

“We know race to be a multidimensional, extremely complex dividing line in our society, with some people identifying one way while others may perceive them differently,” Penner said. “When it comes to explaining the racial disparity in arrest rates, we find that perception by others appears to play a more important role.”

He and co-author Aliya Saperstein, a Stanford sociologist, used data from the U.S. National Longitudinal Study of Adolescent to Adult Health to compare self-identified and observer-classified racial categorizations of nearly 11,000 participants. They focused on young adults who had conflicting categorizations.

When examining arrest reports six years later, the researchers found that the first group – those classified as black by others but who did not see themselves as black – had three times higher odds of arrest than people who neither self-identified nor were perceived as black. The odds of arrest for those who self-identified but were not viewed as black were indistinguishable from consistently classified nonblack subjects. The statistical analysis also took into account behavioral, environmental and other factors associated with the likelihood of arrest, isolating racial perception as the key variable.

“We found that the odds of arrest are related to what others see, not what individuals say,” said Saperstein, currently a visiting scholar at the Russell Sage Foundation. “Those who were categorized by interviewers as black but did not self-identify as such had a sizable and statistically significant increase in the odds of experiencing a future arrest. Essentially, racial perception trumped their identity, giving them arrest experiences more like people consistently classified as black.”

The researchers cautioned against generalizing these findings due to the small number of people with conflicting classifications but noted that the results highlight the multidimensionality of race and its relationship to inequality.

“There are many different ways to think about what ‘race’ means in a person’s life,” Saperstein said. “No one perspective – ancestry, self-identity or how other people see you – is right for all purposes. Recognizing that different aspects of race matter differently can be a useful tool for understanding persistent inequalities like those in the criminal justice system.”

The findings appear in the June issue of Demography, the flagship journal of the Population Association of America. They’re available online at http://link.springer.com/article/10.1007/s13524-015-0394-1 (purchase required).